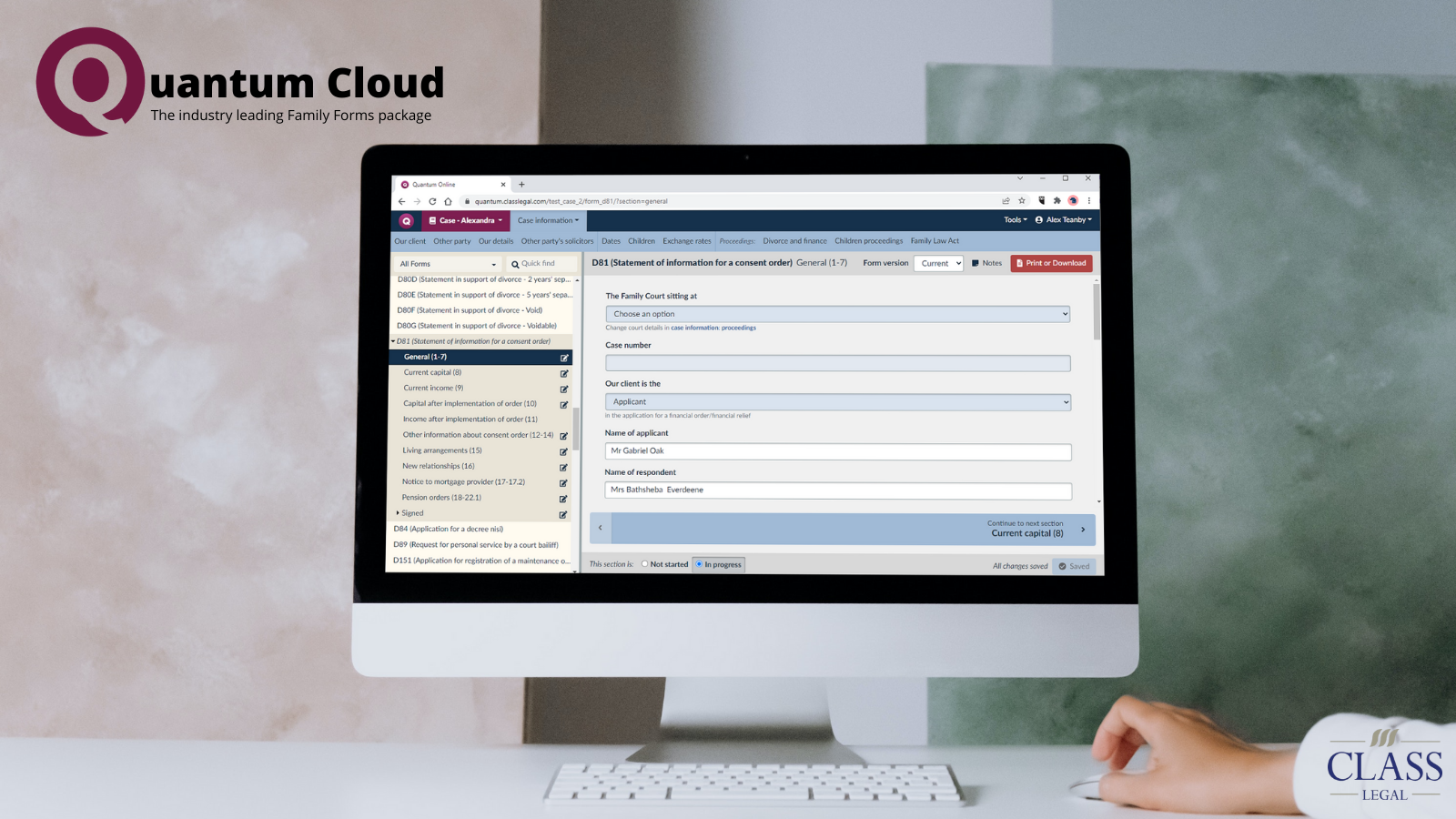 The new D81 (Statement of information for a consent order in relation to a financial remedy), released last week, is ready to use in our specialist family forms software, Quantum Cloud.

Cloud-based forms solutions mean we can quickly and easily amend forms released by the court, so you can use the most up-to-date version in your cases, as quickly as possible.

The form D81 has been comprehensively revised (it is now 23 pages long!) with a major change being the addition of sections to list assets and income after (as well as before) the implementation of the proposed consent order.

As stated in Mr Justice Mostyn and HHJ Hess's announcement, although the new form can be used immediately the FRC will continue to accept the old form provided it has been signed no later than Friday, 18 February 2022.

Not using Quantum Cloud yet? Use the link below to learn about the best family forms software on the market.