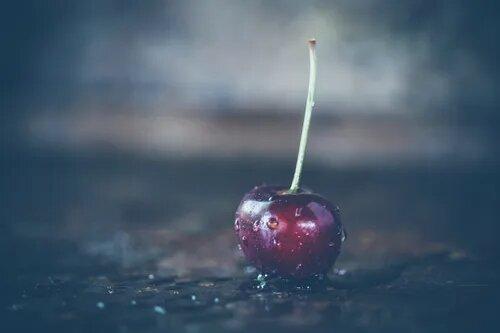 AG (“W”) and VD (“H”) had married in 2010 in Russia. W was born in Russia, and H in Ukraine. After separation, the date of which was the subject of some confusion, H petitioned for divorce in Russia in 2017. Although W had filed a divorce petition in England, she had not yet served it on H by this time. A decree of divorce was pronounced in Russia in 2018, at which point W withdrew her petition in England. However, in 2019 W then issued an application for financial remedy orders under Part III of the Matrimonial and Family Proceedings Act 1984. This hearing concerned a summons issued by H, who sought an order that W produce the files of her previous legal advisors.

There was an issue as to whether the marital partnership came to an end following a significant argument between the parties in 2014, or in late 2017. The petition W had filed in England in March 2017 said that ‘the petitioner and the respondent have been separated for the past two years in that they live separate and independent lives and do not have sexual relations’ [4]. H said that it was only when he read W’s Part III statement that he realised, contrary to her petition, that she was asserting that the marriage only broke down in late 2017. In that statement, W said that she had instructed Legal Case Management Ltd (“LCM”, a ‘para-law’ company, not a firm of qualified solicitors) in early 2017. She said that they then retained Sterling Lawyers Ltd on her behalf, and that Sterling Lawyers issued her petition. She described both companies as ‘frankly incompetent’ and ‘possibly even negligent’ [9].

H argued that W had waived the privilege that would normally attach to communications between a client and their legal advisors three times:

1. In her Part III statement.

2. In her replies to questionnaire, when she repeated that she had first instructed LCM in early 2017, and that LCM had instructed a solicitor and barrister on her behalf to issue a divorce petition, but that she ‘did not receive detailed advice at that time’ [11].

3. In her second statement, when she said that her contact at LCM was AL, a Russian speaker but not a qualified lawyer, who found the solicitor from Sterling Lawyers who prepared her petition. She said she did not meet that solicitor, nor speak to her on the telephone, and that she was ‘only involved at “one step removed” from the process via AL’ [12]. She disputed H’s claims that she was a confident English speaker and said that the divorce petition was not prepared in parallel translation in Russian and English.

W sought to argue that the petition incorrectly asserted that the parties had separated two years previously, and that it mistakenly referred in the statement of case to a two year period of separation and to a lack of marital relations. Cohen J thought it was ‘clear that these words are carefully chosen by the specialist legal team that W now has acting for her’ [14], and felt it was clear that W’s case was being put in the following way:

i. The petition did not reflect her instructions, and she did not tell her advisors she had separated two years prior to March 2017 or that marital relations had ceased at that time.

iii. W never saw the petition, or it was just put in front of her and was not translated into Russian on paper or orally, such that W did not understand it or was deprived of the opportunity of checking it.

iv. W never spoke to a qualified lawyer or anyone in any capacity at Sterling Lawyers.

The parties agreed that Cohen J could take as his starting point the summary set out by Elias J (as he then was) sitting in the Employment Appeal Tribunal in the case of Brennan and others v Sunderland City Council and others [2009] ICR 479. Elias J said at [16] that ‘[w]hether or not privilege has been waived is determined by the application of the principle of fairness’ and continued at [63]: ‘In our view the fundamental question is whether, in the light of what has been disclosed and the context in which disclosure has occurred, it would be unfair to allow the party making disclosure not to reveal the whole of the relevant information because it would risk the court and the other party only having a partial and potentially misleading understanding of the material. The court must not allow cherry picking, but the question is: when has a cherry been relevantly placed before the court?’

H submitted that it was obvious that W was relying on material that was privileged. Because she asserted that she did not tell her lawyers what they have attributed to her in her petition, and that they deprived her of the opportunity to check the document, she was relying on what she had actually told her agents and it followed that:

i. She was relying not just on the effect of what had transpired, but on the very content of what she told her advisors on what would be a privileged occasion.

ii. It would be unfair to H if he was left unable to challenge W’s statement without having sight of what one would anticipate to be contemporaneous notes taken by her advisors and/or correspondence or other communications between W and LCM, and W or LCM with Sterling Lawyers.

i. Legal professional privilege is to be jealously guarded, and will not be lifted lightly. The mere reference to a document or piece of information does not lift the cloak of privilege.

ii. She had been very careful about what she had said about the contents of the petition, and had not referred to individual occasions or to any specific meeting, nor had she mentioned what she said to those responsible for the drafting of the petition. All she had done was to say they had made an incorrect assertion.

iii. Fairness was a consideration in the exercise of determining whether or not a client had waived their privilege, but it was not the paramount consideration that trumped all others.

iv. Nowhere in her statements had W made reference to the advice she was given or to any written document. There has to be actual detailed reference to privileged material and a simple statement of fact does not lead to waiver.

Cohen J was of the opinion that ‘W has invited H into the consultation room’ [24]. She had plainly set out that her instructions had been misconstrued, misquoted, or not followed, and that she had been deprived of the opportunity of ever correcting the error. She was therefore ‘expressly challenging what her lawyers had quoted her instructions to be’ [24]. Cohen J felt this was a ‘radical change of direction in her case which goes to its substance’ [24], and that it ‘would not be fair for H to be put in the position where he could not challenge this statement by reference to what are likely to be contemporaneous notes, emails or other communications’ [25].

In response to W’s arguments, Cohen J said it was ‘no answer to say that W has not specified the particular conversation which she would have had with her advisors and thus avoids "crossing the line"’, and that the absence of reference to advice W was given was ‘neither here nor there’ [26]. He considered that what was relevant was that W had opened up the question of what she told her advisors. She had put that squarely in issue and was relying upon what she said she told her agents. It ‘makes no difference in principle whether the communications in question are from solicitors to client, whether in the nature of advice or otherwise, or from client to solicitors by way of instruction’ [27]. The real waiver was to be found in W’s first statement, repeated in her second statement, and her replies to questionnaire added nothing.

Cohen J determined that H’s request to see the whole of the files ‘goes too far’ [31], as there may be material relating to financial affairs or the child of the family which should not be the subject of waiver of privilege. He was of the view that the following disclosure was required:

i. The material, whether attendance notes or communications, in which W's instructions are given or noted as to when the parties separated and when marital relations between them ceased;

ii. Copies of all such communications and notes so as to identify those to whom W gave her instructions and the language in which those instructions were given as to the specific matters set out in i) above;

iii. Those documents identifying when the draft petition was sent to W or any communication with her about its contents, whether coming to W from her advisors or from W to them.

The files of LCM and Sterling Lawyers would be made available to Queen’s Counsel selected by the parties, who would sift through the material, and if required redact the documents to remove reference to other subject matter.

W was ordered to pay the costs of H’s summons on the standard basis, as the parties had agreed that costs would follow the event.