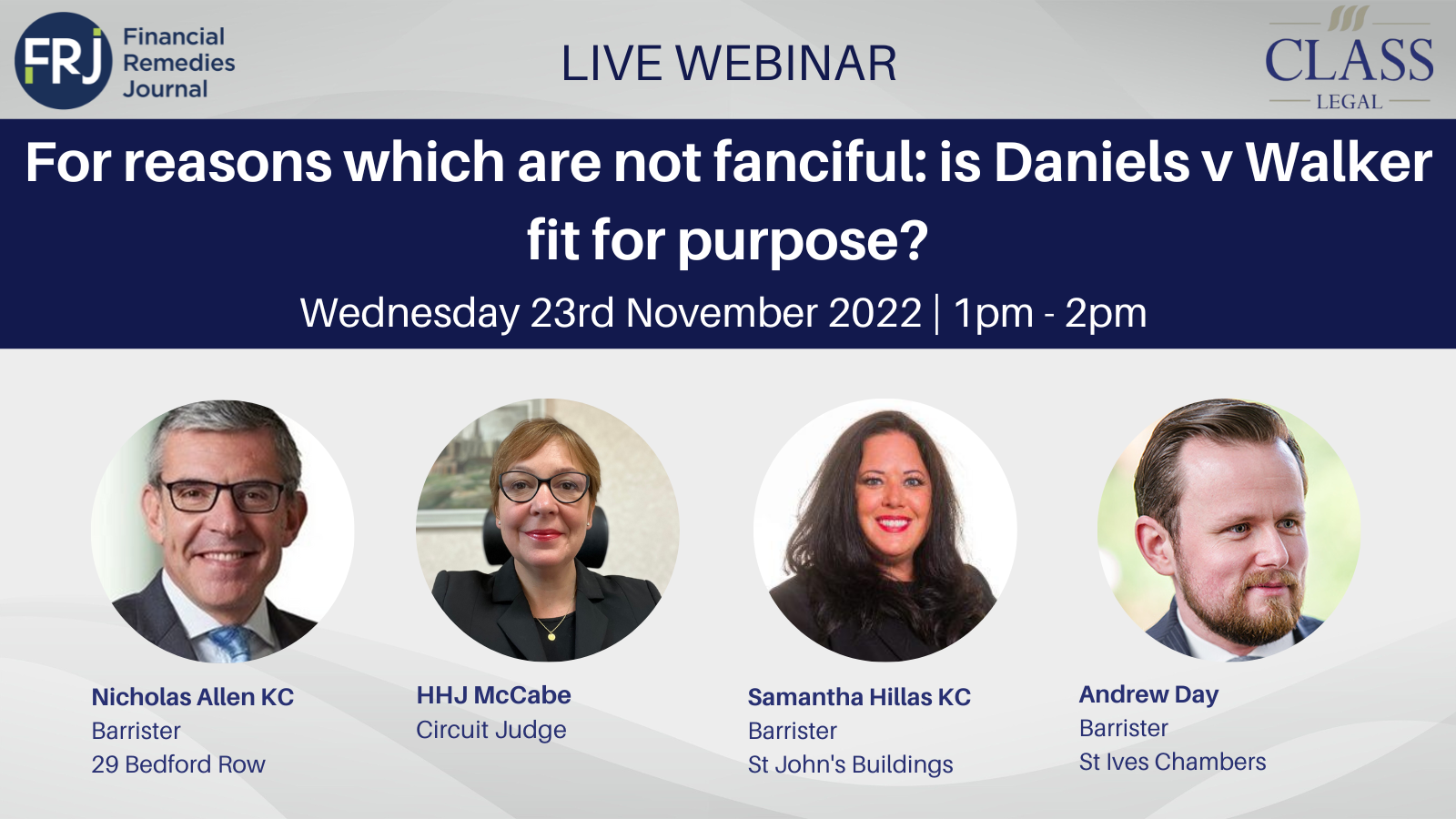 Free Webinar | For reasons which are not fanciful: is Daniels v Walker fit for purpose?

More than 22 years after it was decided there remains no reported finance case giving guidance as to when a court should grant a Daniels v Walker application. This webinar will discuss why that may be, whether the guidance first given in a personal injury context is suitable for financial remedy cases, and if not what the test should be.

Barrister and Joint Head of Chambers at 29 Bedford Row (London). Door Tenant at St. Ives (Birmingham). IFLA arbitrator and PFDR/ENE tribunal. Appointed Queen’s Counsel in 2018 and a Deputy High Court Judge in 2021 (previously Recorder of the Family Court from 2016). Bencher of the Middle Temple. Editor of the family law chapters of Foskett on Compromise (Ninth Edition, 2019). Editor of The Family Court Practice - ‘the Red Book’. Founder member of the Editorial Board of the Financial Remedies Journal.

Sam Hillas KC is a senior member of the matrimonial finance team at St John’s Buildings based in Liverpool and dealing exclusively with financial remedy work. Commended by Chambers and Partners and Legal 500 as a “charismatic and client-friendly advocate” who “works like a Trojan”, Sam routinely acts in complex cases, especially those involving marital agreements, trusts and corporate structures, cases involving non-disclosure and Schedule 1 Children Act claims. She is a IFLA qualified arbitrator and acts as an evaluator for private FDRs. Sam played prop for a number of years (Saracens, New Brighton, Birkenhead Park, Cheshire) and now sits as a judicial chair for the RFU, Six Nations and World Rugby.

Andrew Day is a Barrister specialising in Arbitration and Family (finance). He is an established family law specialist with extensive experience of dealing with financial disputes between separating spouses, civil partners and unmarried couples, under the Matrimonial Causes Act 1973, the Civil Partnership Act 2004, the Children Act 1989 and the Trusts of Land and Appointment of Trustees Act 1996.