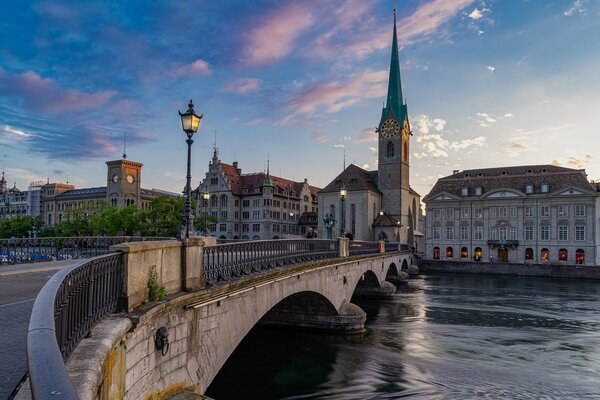 At the beginning of judgment, the judge expressed that he felt obliged to comment on the parties’ preparation for trial. He made comments on 5 issues:

H (55) is a national of an unnamed country who grew up in Switzerland. H came from a very wealthy family who held a significant stake in a publicly quoted company, Company 2. W (52) is a UK national. The parties began cohabiting in 2002 or 2003, married in 2004 and separated in 2019.

The parties have two children who are based primarily with W, now aged 16 and 13. Both children required particular medical care and attention and attended independent day schools in London.

The parties lived in London at ‘X’ Street property and enjoyed a very affluent standard of living, with the 2019 total family budget of £600k. H began working in the family business and the parties’ lifestyle was largely funded by the generosity of H’s very wealthy father. Over the past 3 years the parties received gifts totalling £1.17m. In 2010, the family moved to Switzerland. In 2017, the children were offered places at London schools and the intention was for W and the children to move to England.

The parties engaged in a first draft prepared by H at a without prejudice meeting in August 2017. During this period, W sent messages to a close friend describing the pressure she felt she was under. The judge was of the view that an agreement was then reached on 22 August 2017. Arrangements were then made for the document to be signed on 29 August 2017; in the event, W declined to do so. The terms of the Post-Marital Agreement provided W with about £7.1m plus child provision. It recorded the combined net assets as £12,574,292.

On 3 June 2014, H’s father settled a trust governed by Guernsey law. H’s father was the settlor and principal beneficiary and H was one of its discretionary beneficiaries. On or about 21 January 2019, before separation, H’s father transferred shares in Company 1 (which owns 30% of the shareholding of Company 2) into the trust. The value of the shares was c. €23m.

In January 2020, W’s petition was served. On 21 February 2020, the shares were transferred out of the trust and back to H’s father. The monies never became H’s and it appeared they were intended to pass down on death.

Almost the entirety of wealth available to the parties originated from gifts and inheritances from H’s father and/or was owned by H prior to the marriage.

The main issues were:

The judge highlighted the key points on the general law. He noted that in the vast majority of cases, the enquiry will begin and end with the parties’ needs and that the sharing principle is only engaged where there is a surplus of assets. He also noted the difficulty in a demarcation between marital and non-marital assets, citing Hart v Hart [2018] 1 FLR 1283. On standard of living, he referred to Miller; McFarlane [2006] 1 FLR 1186, and the setting of needs ‘as close as possible to the standard of living which they enjoyed during the marriage’, though acknowledging that standard of living is not an immutable guide, as shown in FF v KF [2017] EWHC 1093.

The judge stated that he need not look beyond Radmacher v Granatino [2010] UKSC 42 for the essential propositions on agreements. The first question is whether any of the standard vitiating factors, duress, fraud or misrepresentation, is present. Any unconscionable conduct such as undue pressure (falling short of duress) will also be likely to eliminate the weight attached to the agreement. The court should give effect to a nuptial agreement that is freely entered into by each party with a full appreciation of its implications unless in the circumstances prevailing it would not be fair to hold the parties to their agreement.

The judge referred to the principles set out by King LJ in Alireza v Radwan [2108] 1 FLR 133 pertaining to inherited wealth, including where forced heirship provisions apply.

This Agreement was the product of months of discussions, with both parties having had the benefit of legal advice. It was dated 3 weeks before the marriage and signed by both parties. The judge was clear that the impetus behind the agreement came from H’s father and that had the parties not signed, the marriage would not have taken place. The agreement contained certificates signed by each party’s solicitor. W’s certificate stated that ‘[W] stated to me, and it appeared to me, that she entered into the said agreement willingly and without any pressure, duress, undue influence or deception on the part of any other person, including [H]’.

The judge indicated that the relevance of the Agreement was largely overtaken by subsequent events, but highlighted that it specifically referred to the past receipt of H’s family monies and anticipated dynastic assets which were intended to be excluded from the parties’ assets.

The judge found that although W was placed under pressure by H to sign, W was not placed under undue pressure, let alone duress, to sign. Both parties were under pressure for different reasons. The judge rejected that this was a long-standing pattern of controlling behaviour by H.

Article 1 of the Agreement provided that ‘This Agreement shall come into force on the date upon which the last of [H] and [W] signed the Agreement’ and the preamble contained the usual notice stating ‘Do not sign this agreement unless you intend to be bound by its terms’.

The judge referred to BN v MA [2014] EWHC 2450 and the principle of autonomy and importance of a party signing. The judge stressed that each case is fact specific, for example where parties do not sign but consider themselves bound and act accordingly. However, in this case, the judge found it to be unreasonable for an agreement to be formally binding upon W in the absence of her signature when the agreement expressly only took effect upon signing. Nonetheless, the judge was not willing to simply discard and ignore the agreement, and that it fell to be considered as one of the factors under the s.25 exercise.

The Judge was confident that the reversal of the funding €23m of dynastic money out of the trust was principally cause by the divorce proceedings brought by W.

A complicating factor alleged by H was that H’s father had formed a relationship with a woman 38 years younger, and that consequently H and his siblings were barely on speaking terms with their father. As a result of the disputes within the family, the judge did not find that in the foreseeable future that H’s father would be likely to resurrect the previous level of payments. The Judge was of the view that H’s father was a ‘safety net’ rather than in the foreground as a foreseeable ongoing resource.

H’s father is 89 and in good health. H indicated in cross examination that his father was worth not less than €400m. In his Form E, H stated that he anticipated benefiting from his father’s estate or inter vivos gifts, in excess of €100m. There was discussion of forced heirship provisions in Switzerland (where H’s father resides) and if H’s father sought to move, but, in any event, the judge found that on balance it is more likely that at some point H will receive a significant inheritance.

However, the Judge also noted:

The judge principally determined the appropriate award on the assessment of W’s needs, also bearing in mind the length of the relationship, the primacy of the children’s needs, the available resources, the standard of living, the origins of the wealth, and the Post-Marital Agreement (given his findings on the matter).

The judge found W’s housing sum to be £3.5m, rounded to £4m to include purchase and renovation costs. He rejected W’s case that she reasonably required a second home in Switzerland, giving weight to the fact the children are based in London and that the Post-Marital Agreement did not include provision for a second home in Switzerland. On her income needs, W’s proposal sought c. £155,000pa on a Duxbury basis (£3.4m). The Post-Marital Agreement deemed an appropriate budget to be £110,000pa. The judge stated an appropriate sum was £150,000, capitalised at £3,319,000. The judge also took into account that H would be paying in the region of £174,000pa for the children, including child maintenance and school fees. The total figure for W and the children was therefore £324,000pa. The total needs were therefore £7,319,000, increased to £7.45m for unforeseen contingencies; this amounted to 60% of the total assets of £12.47m.