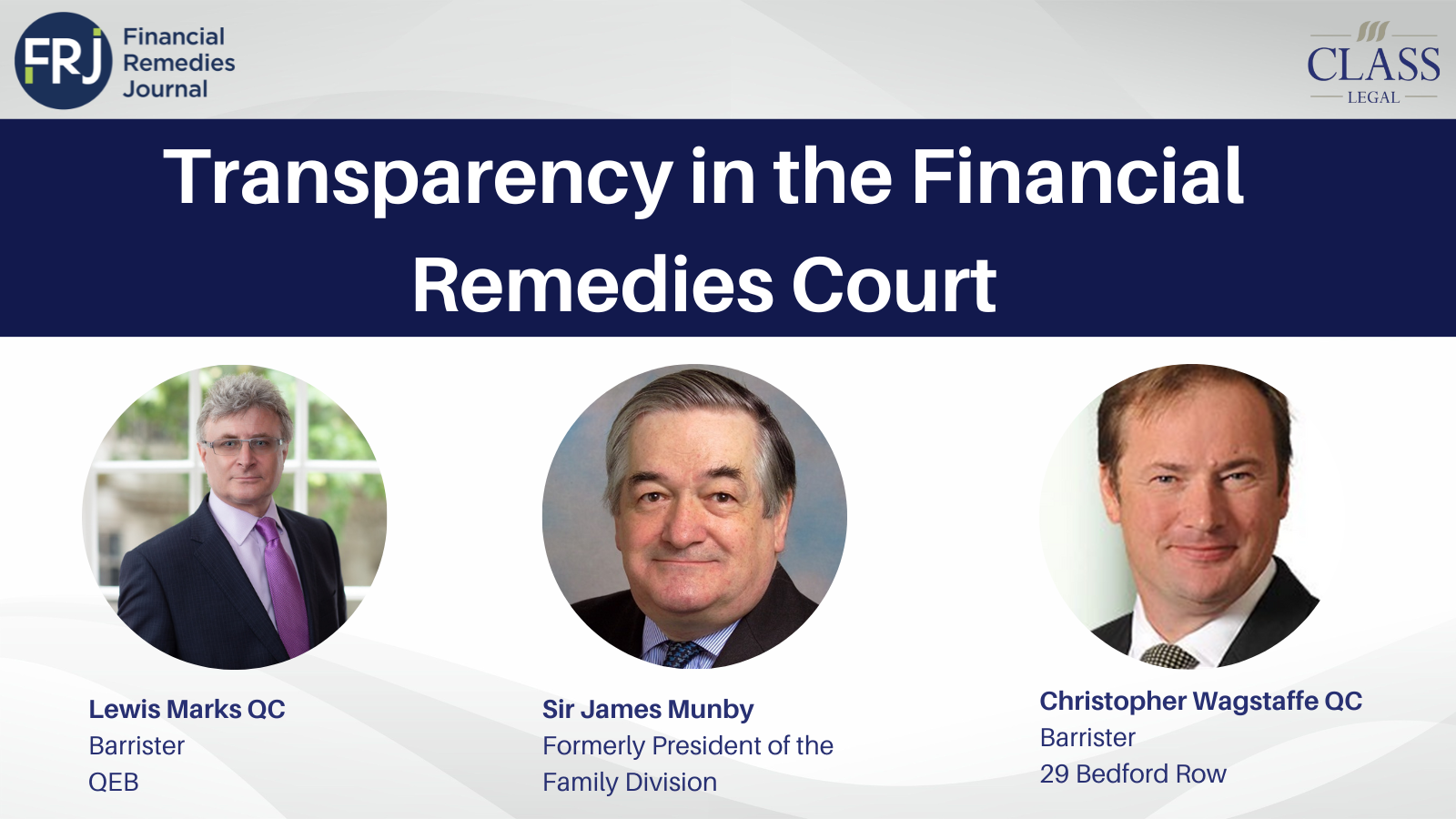 Watch the recording of 'Transparency in the Financial Remedies Court', first broadcast on Wednesday 22nd June 2022.

In three recent decisions Mostyn J has mounted a strong challenge – some would say not before time – to the assumption that judgments in financial remedy cases should routinely be anonymised. Was he right to do so? Is it time for ordinary principles of open justice to carry greater weight in the Financial Remedies Court? Sir James Munby and Christopher Wagstaffe QC debate the issues arising, moderated by Lewis Marks QC.

Some Sunlight Seeps In

Sir James Lawrence Munby is a retired English judge who was President of the Family Division of the High Court of England and Wales.

Christopher Wagstaffe of 29 Bedford Row specialises in matrimonial finance cases, usually involving high-net worth individuals. He has been described as 'the go-to silk for financial cases with trust elements', having appeared in many of the leading cases in this area. He has spoken on this subject, and on wider family law issues nationally and internationally, to the profession and the judiciary. He has particular experience of obtaining reporting restrictions orders in high profile cases.

Lewis has been consistently ranked in the highest band of the leading silks specialising in Family Law in The Legal 500 and in Chambers & Partners. He is amongst the first choice counsel for most of the leading solicitors for the heaviest of cases and the most intractable of disputes. He prioritises fair and rapid settlement wherever possible. Where settlement is elusive, he has the ear of the judges and consistently delivers advantageous outcomes for his clients. He has an informal, even sometimes casual, manner in and out of court, is accessible and empathic.