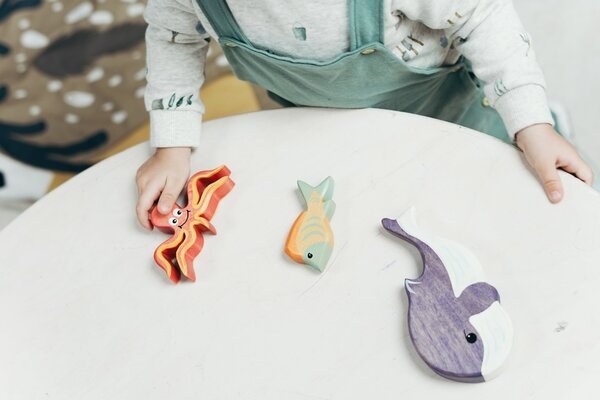 In this case MacDonald J (‘the judge’) dealt with an application for an injunction preventing the father (‘F’) from identifying the child (‘X’) as having been the subject of proceedings before the Family Court and from making derogatory comments in public against the Children’s Guardian (‘Guardian’).

The application followed private law proceedings in respect of X, who was born in 2017. The judge noted that these proceedings had been ongoing for most of X’s life.

F had been dissatisfied with the outcome of those proceedings and had expressed this by posting on social media and displaying on his car his views of the family justice system and of the other people involved in the proceedings, including the mother (‘M’), the Guardian, the social worker and the trial judge. These comments included accusing those participants of being “dirty little child abusers” and accusing Cafcass officers (seemingly) of being guilty of bestiality.

The parents’ relationship broke down in August 2017. Private law proceedings ensured, with shared care being ordered in the interim. These proceedings escalated over the course of 2018, particularly following confirmation from doctors that X had been identified as having bruises seemingly inflicted on her by a third party. By the time of the final hearing in March 2020 X, as well as an intervener alleged by both parties to have inflicted the bruising, had both been joined to the proceedings, and the local authority had prepared a s.37 report. For reasons unknown, F failed to appear at the trial. The trial judge adjourned the hearing in order to direct an addendum s.37 report.

In March 2021 F posted on Facebook a form of statement he had submitted to the court ahead of the final hearing. This document identified X by reference to F’s identity and X’s date of birth. It also made derogatory comments about the judge as well as alleging sexism and bias on the part of the trial judge and Guardian. After correspondence with X’s solicitors, F removed the material

It was unclear whether F attended the re-listed final hearing in May 2021. Immediately after the hearing F again posted derogatory comments online about those involved in the proceedings.

The Guardian applied for a prohibited steps order to restrain F from further publication. F was unrepentant. He claimed that, since the final order had been sealed, he was entitled to post information concerning the proceedings online as he pleased.

At a hearing to determine the PSO application the trial judge concluded that the relief sought by the Guardian did not constitute a prohibition on the exercise of parental responsibility and the application was therefore misconceived.

The Guardian followed this abortive application up with an application for injunctive relief. This was heard in June 2018. On receipt of notice of this, F appears to apologised for his behaviour. Specifically, he said that he had removed all of the offending material from the internet and had taken off his car a sign which had displayed the names of the participants in the proceedings alongside the exhortation to “Stop these abusers”. M disputed this presentation and F gave undertakings to support his claims.

When the matter came before the judge for directions, it was clear that these representations by F were untrue. F gave further undertakings not to post on anything concerning the proceedings. F refused, however, to remove the writing on his car which specifically related to the Guardian. The Guardian asked for an interim injunction, which the judge refused on the balance of convenience.

The Guardian submitted that, balancing the Art 8 rights of X and the Art 10 rights of F, the court should grant the injunctive relief regarding publication which could identify X. The Guardian argued that people who saw F’s car and its signage in the local area would be likely to be able to put together F’s identity and the allegations of abuse and identities of the participants in the proceedings in order to identify X and her status as someone subject to Family Court proceedings. Similarly, X would eventually be able to see the social media posts associated with her if they remained public. The Guardian argued that being identified publicly in these ways would have a severe impact on X’s psychological integrity in the future. It would also be “a gross and flagrant infringement of her private life”.

The father opposed the granting of an injunction. In his position statement placed before the court (titled “miscarriage of justice 1”), he argued that he had been treated disgracefully by professionals who had failed to properly investigate X’s injuries. He relied on the dicta of Sir James Munby in Re B (A Child) (Disclosure) [2004] 2 FLR 142 and Re J (Reporting Restriction: Internet: Video) [2014] 1 FLR 523 to the effect that professionals and experts in family proceedings cannot be shielded from all criticism and, in the context of newspaper reporting, there was no case for injuncting a story simply because it was expressed in “more robust, colourful or intemperate language…”

The father therefore submitted that he was entitled to express his views regarding the proceedings, no matter how offensively they were expressed.

The judge reviewed the authorities on the restriction of publication to protect private and family life, noting the decision of the House of Lords in Re S (A Child) (Identification: Restrictions on Publication) [2005] 1 AC 593 which held that the courts exercised a discretion to restrict publication by balancing the competing Convention rights engaged in accordance with four principles:

The judge noted that where Art 10 is engaged and falls to be considered in the balancing exercise, s.12(4) HRA 1998 requires the court to have particular regard both to the importance of the right to freedom of expression and, where the material in question is journalistic in nature, whether that information is already in the public domain and whether there is a public interest in publication.

The judged traced the development of the law in respect of the treatment of professionals (albeit not legal professionals) involved in family proceedings. He noted that Sir James Munby’s dicta in A v Ward [2010] EWHC 16 (Fam) - that ‘conscientious and caring professionals’ had to put up with a certain level of ‘harassment and vilification’ on the internet and in the media - had been declared per curiam by the President in Abbasi and another v Newcastle Upon Tyne Hospitals NHS Foundation Trust (PA Media intervening); Thomas and another v Kings College Hospital NHS Foundation Trust (PA Media intervening) [2021] EWHC 1699 (Fam). In that case the President held that the law should not tolerate such vilification of professionals who were not at fault and that there was no need for ‘compelling reasons’ on which to found an application for protection via anonymity.

The judge then considered the ECtHR authorities, demonstrating that although Abbasi only specifically related to medical professionals, there was broader authority for protection of people’s professional reputations more generally.

The judge determined that it was appropriate to grant the relevant injunctive relief, restraining F from publishing or displaying material identifying X, M or the Guardian and injuncting him to remove any material already in the public domain.

Firstly, the judge considered the Art 8 rights to be included in the balancing exercise.

A primary (albeit not ‘the paramount’) consideration of the court was X, whose Art 8 rights the judge held to be engaged in this case. X clearly needed to be protected from the adverse effects of publicity concerning the breakdown of her parents’ relationship.

The Guardian’s Art 8 rights were also engaged. The judge held that the comments made by F about the Guardian were severe enough in their potential to damage the Guardian and her professional reputation so as to reach the threshold justifying protection. Further, the Guardian and other officers of Cafcass deserve protection when they carry out their roles properly and are nevertheless being vilified.

Secondly, the judge dealt with the justifications advanced for interfering with X’s and the Guardian’s Art 8 rights. The judge focussed on the need for public interest debate and for open justice in respect of the family courts.

Thirdly, the judge considered F’s Art 10 rights, set against X’s Art 8 rights. He concluded that it did not take too much speculation to determine that F’s behaviour interfered with X’s Art 8 rights on the basis that such publication would have an adverse effect on her psychological and physical integrity as well as her personal development when she reached an age to be made aware of it. The judge held that interference with F’s Art 10 rights was justified by the need to protect X’s Art 8 rights.

Fourthly, the judge considered F’s Art 10 rights, set against the Guardian’s Art 8 rights. Central to this was the extent to which the impugned publications contributed to a debate of public interest. In considering this, the judge drew a stark distinction between F’s criticisms of the family justice system and the personal attacks on the Guardian (e.g., that she was a ‘dirty little child abuser’). Notwithstanding that Art 10 allows the expression of views expressed in provocative and tendentious terms, the judge was clear in his judgment that F’s publications did not contribute to public debate on the family justice system. Indeed, by including the Guardian as the subject of his invective it was clear that F was not critiquing the system but, rather, was simply trying to vilify the Guardian personally.

F’s conduct was also relevant to the balancing exercise. He was found to not have fully engaged in the proceedings but to have nevertheless launched repeated attacks on the conduct of those proceedings. He had also not followed through with any of the formal complaints procedures which would have been open to him in respect of his criticism of the Guardian and others. Moreover, he did not appear to have ever provided any evidence for the assertions he made.

In terms of the consequences for the Guardian of the material published, the judge was satisfied that F’s comments were so extreme and baseless that it was clear that they would cause prejudice to the Guardian’s enjoyment of the right to respect for private life. Further, the Guardians Art 8 rights outweighed F’s Art 10 rights.

The judge concluded with the ‘ultimate balancing exercise’ holding that an injunction was the appropriate and proportionate step to take having regard to the aim the court seeks to achieve in respect of X and the Guardian.

The judge declined to grant an injunction in respect of the trial judge, but instead sent a copy of the judgment to the Attorney General in order that they could decide whether to seek equivalent relief on behalf of the trial judge.

The judge concluded by noting the difficulties in balancing Arts 8 and 10 and the need for the court to tread carefully when limiting freedom of expression, and summed up the position in the instant case:

“…the modern position is that is that the court will not tolerate the dissemination of false, deceptive or grossly insulting or offensive material that seeks to vilify or harass professionals involved in proceedings in relation to children, where those professionals are simply seeking in good faith to discharge their duty to the court, and which is corrosive of our system of justice.”