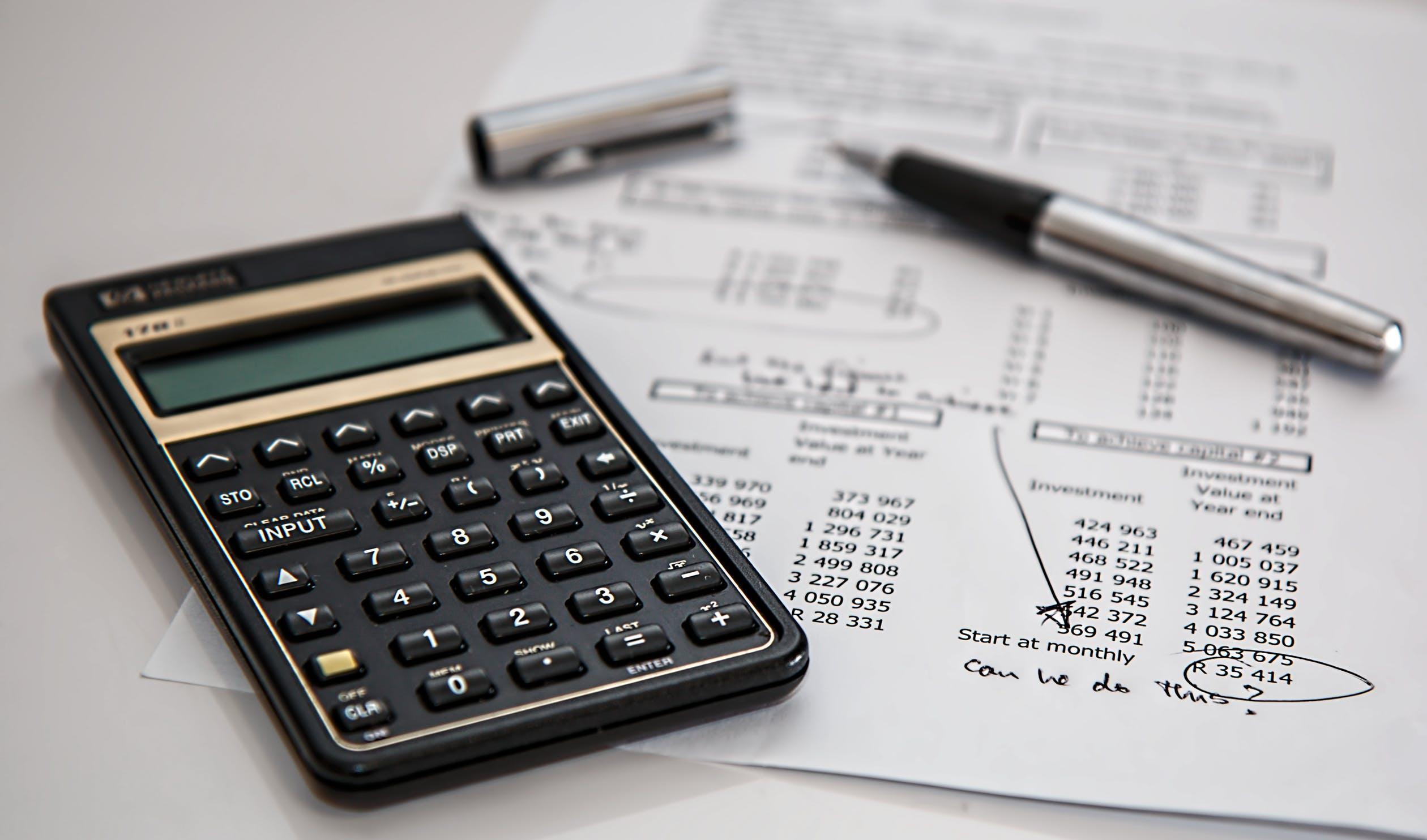 The husband (“H”, 45) and the wife (“W”, 45) were married for 17 years, and had two daughters aged 8 and 3. W had worked in the financial sector, but left formal employment following the birth of the parties’ first child in 2012. H was one of the founder members and the single largest shareholder (holding about one third of the total shares) in a business called B Ltd. The value of H’s interest in B Ltd formed the main issue in the case.

B Ltd’s business took two forms: proprietary trading (where employees trade in the markets and make profits or losses from those trades) and market making (where the business acts as a middle-man to facilitate trades). An asset management team briefly operated, but was short lived. The traders used B Ltd’s money (it did not borrow money or use third parties’ funds), such that the outcome of each trade directly impacted upon the value of the shareholders’ funds in the company. H said that the value of B Ltd could be set at the end of each day, in that it represented the sum of the accumulated profit held by the business.

H acknowledged that most trading firms have a relatively short life span because of the difficulty of continuing to make substantial profits over a lengthy period in a competitive market. He suggested that eventually B Ltd would be wound up. However, although most trading firms do not last for longer than about a decade, and B Ltd was already in its ninth year, H said that he and his partners had no immediate plans to liquidate the company. Indeed, the number of staff had recently been significantly increased, which he said presaged an attempt to grow the business and increase profitability for the shareholders.

B Ltd had no underlying regular income stream, and relied on the traders making substantial profits to cover costs. It tried to pay its employees significant bonuses to prevent them moving to rival businesses. H himself had received substantial bonuses over the years and his gross income for the last four tax years had been £5,123,865 in 2016, £2,086,503 in 2017, £2,411,865 in 2018, and £411,072 in 2019 (with a bonus of £959,564 paid in August 2019 relating to the business’ year to June 2019). However, his performance suffered during the first 6 months of 2018, which was a difficult time for H personally because of the divorce and children proceedings.

The method of valuation

An SJE, Faye Hall, was instructed to value H’s interest in B Ltd. Ms Hall used a net asset valuation (“NAV”) to measure the value of H’s shares. This was controversial and criticized by Mark Bezant, a shadow accountant deployed for W to evaluate Ms Hall’s methodology. Nicholas Cusworth QC (“the judge”), sitting as a Deputy High Court Judge, only heard evidence from Ms Hall and in the absence of a balanced case on each side felt it was ‘not straightforward to form a view about which I can be sure that I would be satisfied in any circumstances’ [26]. W’s suggested alternative valuation method of taking a price to book calculation after significant discounting was rejected by Hs Hall, and not positively championed by Mr Bezant.

The judge understood the reservations of W and Mr Bezant about the basis of Ms Hall’s valuation, which was limited to the NAV of H’s shares. Although the NAV captured all the historic profitability in the company, it did not appear on its face ‘to capture the fully rounded value to the shareholders of an edifice which has been remarkably successful at generating profits over the 9 years of its existence to date’ [33]. That concern was compounded by H’s evidence that he would not want to sell his shares then, at NAV, because they were worth more to him than that as he anticipated continuing to operate B Ltd in the future, and to swell the value of the equity in the company.

The problem for the court was to determine whether that obviously enhanced value to B Ltd’s directors had a corresponding value in the marketplace, and whether any third party would see value in acquiring B Ltd as a going concern, at a premium, based upon its past trading record. H’s case was that, if he left the company, the collection of traders he had assembled to work there would soon dissipate, and with them, their individual ability to generate profits for the shareholders. His case was put upon the basis that the equity in B Ltd was no more than a pile of cash, and that no one was going to pay more for a pile of cash than its simple value.

Ultimately, the judge said that he was not persuaded that a proposed entrant to or current participant in the market would pay a premium to the directors to buy an operation like B Ltd, absent the acquisition of secured or at least likely prospective financial benefit from doing so. It was foreseeable that the departure of the directors would lead to the departure of many of their traders, so that such an acquisition was ‘not sufficiently likely…to render it fair to the husband to make an award to the wife on the assumption that it is more likely to happen than not’ [37].

The judge concluded that ‘[w]hilst I am far from being sure that when the husband does realise his residual interest in B Ltd he will only be able to do so for its NAV, on the balance of probabilities, for all of the reasons which I have expressed above, that is the most likely scenario on the evidence before me’ [38].

He considered the recent authorities on the approach to be taken when attempting to place a value upon a private company for the purposes of a financial remedies application when there is no evidence that the company is in the throes of sale. He concluded that Ms Hall’s methodology and valuations at various points in time were ‘the safest and most reliable available to me, and that the husband’s shares in B Ltd will therefore be considered at their NAV for the purposes of determining the outcome of this case’ [45].

The date of the valuation

H argued that the date for the valuation of his shareholding should be the date, or at least the month, of the parties’ actual separation, which took place in October 2017. There was no dispute that the shares in B Ltd were completely matrimonial up to that point. H said that October 2017 was the right date because:

The judge acknowledged that there was a superficial attraction to fixing a value as at the date of separation, because it is a fixed point when something significant in the marital relationship changed. However, the judge thought that a closer analysis of the business’ history and of its figures would make it clear that such a determination would produce an unfair outcome for W. This was because:

In relation to H’s third point, the judge acknowledged the submission ‘that the ‘Cowan principle’ is now in practice considered under the general heading of ‘Continuum versus new ventures’’ [51]. Considering the authorities in this area, the judge decided that ‘the husband has not shown that the post-separation accrual relates to a ‘truly new venture’ in the period up to June 2018, nor that that venture has no connection to the assets of the partnership’. Overall, he found ‘that the balance of fairness would not lead to a date for fixing the value of the wife’s equal interest in the husband’s shareholding earlier than June 2018’ [53].

In fact, W argued that the share price should be taken from October 2019, when it stood at 20.651. The judge considered that this date was ‘too far from the ending of the marital partnership to be a fair one for the husband’ [54]. He accepted that H made significant interventions to protect and preserve the value of B Ltd from the autumn of 2018 onwards, and noted that there had been a large turnover of trading staff since that time and a significant increase in the number of employees. This meant that ‘[t]he business has far less of a feel of continuum to it than it did in the summer of 2018’ [54].

The judge then considered whether W should receive some lesser share in the growth or decline in B Ltd’s NAV after 2018, on the basis that until the date when the court’s order was fully implemented and all her share had been paid to her, ‘in a very real sense the husband is ‘continuing to trade with her share’’ [55]. However, on balance he decided that this outcome would not meet overall fairness, and that ‘any notional uplift to the value of the shares as at June 2018 would be so artificial as to be meaningless, and falling on the wrong side of the line that must, in my view, be drawn between the discretionary and arbitrary, where such a line can be drawn with confidence’. He continued ‘I consider that it is fair to both parties to determine that the recovery from 2018, the roller-coaster that has been the last 9 months, and any progress or otherwise from this point are properly beyond what might be classed as marital endeavour’ [56].

There were non-business assets worth just under £4.3m net. There were some minor issues regarding their division which the judge dealt with very briefly as they were ‘really de minimis in the context of the principal area of dispute between the parties’ [61(c)].

The total matrimonial asset base for division between the parties was £39.662m, which the judge held should be divided equally, pursuant to the sharing principle. W’s small non-matrimonial assets were excluded, which left her share at £19.831m, of which £16,787,595 would be comprised of the lump sums to be paid to her over time by H. This represented just over 45% of the total asset base if the NAV for B Ltd as at June 2019 (the latest reliable figure) was taken, which fairly represented a departure from equality as a result of H’s efforts in B Ltd since June 2018.

Regarding the timing of H’s payments, the judge noted that there were usually more shares on offer in B Ltd than could be purchased, so there would be a limit on the amount that H could fairly raise each year by selling his shares. He accepted that H should have ‘some scope for flexibility’ [65].

The judge concluded that a payment plan under which payments were made annually in September would be fair, since this would allow H to sell shares and also to process his bonus at the year end. He ordered that H should pay:

The judge was confident that H would be able to withdraw those sums from his interest in B Ltd ‘with no more than proportionate disruption to the overall business of the company, when balanced against the desirability of providing the wife’s award to her and achieving a clean break as soon as practicable’ [67]. He said that H could raise the sum as he chose by way of dividend, bonus or share sale, although he commented that it would be fair for W ‘to have reasonable notice until such time as the order has been implemented in full, of the husband’s anticipated receipt from each source on every occasion of receipt, sufficient to enable an application to be made if appropriate either to delay extraction for further consideration or, more likely, freeze some appropriate part of that receipt’ [69(c)].

The judge ordered that child maintenance should be paid at the rate of £35,000 pa per child, for the conventional duration, which in addition to what would otherwise be the appropriate level of child maintenance included a further element for extra-curricular expenses, to avoid future dissention between the parties.