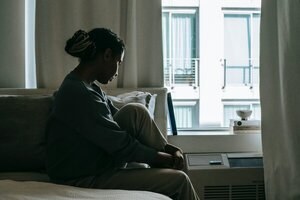 Mostyn J dealt with an application for a declaration of non-recognition of a Muslim marriage and a petition for nullity on the basis that the applicant did not have the capacity to marry.

NB (“W”) and MI (“H”) were married on 1 June 2013 in Pakistan under Sharia law. Neither party disputed the validity of the marriage in Pakistan which had been a large affair, including the exchange of vows in front of approximately five hundred guests.

However, other than the two weeks after the marriage, the parties had spent very little time together. They never lived together and had become irretrievably estranged.

High levels of tension were generated when W came under pressure from her family to reconcile with H. W travelled from England to see him in April 2018 but, W told the court, the parties agreed that the marriage was over. H was now working in Dubai and it was understood that he had plans to remarry, though W was not aware of any attempts made by him to divorce her.

Attempts had been made by W’s solicitors to serve H via post and via email, but he had not responded. Mostyn J was satisfied that H had been served but had chosen not to engage in the proceedings.

Eighteen years before the marriage, when she was just six, W had been in a major car accident. She suffered a “catastrophic brain injury” which had a serious impact on both her mental health and her cognitive function [3].

W settled her damages claim for a large sum, which was managed by a deputy appointed by the Court of Protection. In order to keep the court up to date with W’s capacity, the deputy obtained capacity reports and assessments over the course of the deputyship. Among these reports was one by Dr Kinch from February 2014 (“the First Report”), and one by Dr Michael Barnes from 2016 (“the Second Report”).

The deputyship was discharged in 2019 because W had become more independent and was now able to manage her property and financial matters. This was supported by an assessment by Dr Simon Prangnell (“the Third Report”) which found that W now had capacity in all the areas of life canvassed, including to marry and have sexual relations.

Of the three capacity assessments, only the First Report held that W had capacity to marry in 2013.

In September 2020, W issued an application for a declaration of non-recognition of the marriage, pursuant to the inherent jurisdiction of the High Court. W made a subsequent petition for nullity in November 2020.

Questions before the Court

The issues before the court were whether W had the capacity to consent to her marriage to H and, if not, whether the marriage should not be recognised by the court or, alternatively, annulled. To determine these issues, Mostyn J asked at [9]:

i) Whether W lacked capacity to consent to marry on 1 June 2013?

ii) Did the court have power under its inherent jurisdiction to declare that the marriage between the parties, valid according to the law of Pakistan, was not recognised as a valid marriage in this jurisdiction, and if so, should the power be exercised?

iii) Whether time should be extended under s.13(4) of the Matrimonial Causes Act 1973 to permit the W's nullity petition to be heard?

Mostyn J considered the extensive case law on capacity to marry and distilled a list of helpful principles, including:

Therefore, the “irreducible mental requirement” is that a “putative spouse must have the capacity to understand, in broad terms, that marriage confers on the couple the status of a recognised union” which gives rise to an expectation to “share each other’s society, comfort, and assistance” [27].

In light of this test, Mostyn J considered the capacity assessments in turn, finding that the Second Report and Third Report had “deployed a standard for capacity to marry higher than that stipulated in law” and, as a result, had wrongly concluded that W did not have capacity to marry in 2013. Despite the emphasis of these reports, and of W’s oral evidence, W’s lack of understanding of the difference between Islamic and English marriage; the financial consequences of marriage; or H’s proposed living arrangements, were irrelevant to her capacity to marry. Whilst “they may say quite a lot about her wisdom in getting married” that was not the issue Mostyn J had to decide [37].

Mostyn J agreed with the First Report, which concluded that W had the capacity to engage in sexual relations and the capacity to marry in 2013. He held that, on the basis of the evidence given by W, “she was fully aware of the simple nature of the contract and that by an exchange of vows a union was created with mutual expectations of comfort, society and assistance” [39].

As a result, he dismissed both the application and the petition.

Whilst Mostyn J recognised that this was sufficient to dispose both claims, he went on to address the remaining questions in case a higher court disagreed with his primary finding.

A declaration under the inherent jurisdiction

In obiter, Mostyn J undertook an examination of s58(5)(a) of the Family Law Act 1986 which states that “No declaration may be made by any court, whether under this Part or otherwise – that a marriage was at its inception void”.

Mostyn J held that “however you interpret these words, the meaning is clear”; s58(5)(a) “explicitly prohibits a declaration being made by any means as to the initial validity of the marriage” [60]. Moreover, Mostyn J made clear that the Law Commission, in a 1984 report, had taken the view that if there was no jurisdiction to entertain a nullity petition, the court could not have recourse to a declaration of non-recognition to ‘fill the gap’ [52].

Yet, despite this, Mostyn J noted that “judicial fidelity to these statutory prescriptions and prohibitions has been mixed” [61]. Whilst he recognised the “temptation of a judge” to find a loophole of some kind” where nullity proceedings are impossible, Mostyn J highlighted that such a scenario had been expressly considered by the Law Commission, and therefore impliedly by Parliament, which decided that the “statutory prohibition should be unyielding even in those circumstances” [84]. Parliament could have inserted an exception on the grounds of public policy, but it chose not to do so.

W made a “valiant effort” to get Mostyn J to construe the medical evidence in the case, which was directed at capacity, as demonstrative of her having a mental disability or mental disorder at the time of the marriage [109]. Yet, despite these efforts, none of the medical evidence in the case actually addressed the question of whether between June 2013 and June 2016 W suffered from a mental disorder or mental disability within the meaning of the Mental Health Act 1983.

As a result, the condition for a grant of leave out of the three-year time limit for applying for nullity under s13(4) of the Matrimonial Causes Act 1973 was not satisfied.

For the reasons stated, Mostyn J dismissed W’s application for a declaration and her petition for nullity. He noted that the effect of s16 of the Matrimonial Causes Act 1973 was that, even if he had been wrong about the question of capacity at the time of the marriage in 2013, the marriage thus formed is treated for all purposes as validly continuing. Mostyn J advised that the appropriate remedy would be for W to seek divorce.

Mostyn J did, however, reassure W that the prospect of H succeeding in a claim for ancillary relief was “vanishingly small” [112].

The award that W had received as a result of the 1995 accident had been calculated with reference to her needs, and as compensation for her pain and suffering. Moreover, the parties’ marriage had never functioned as a marriage. It was because of this that Mostyn J found it “impossible to conceive of any circumstance” where H could mount a plausible claim against W [112].