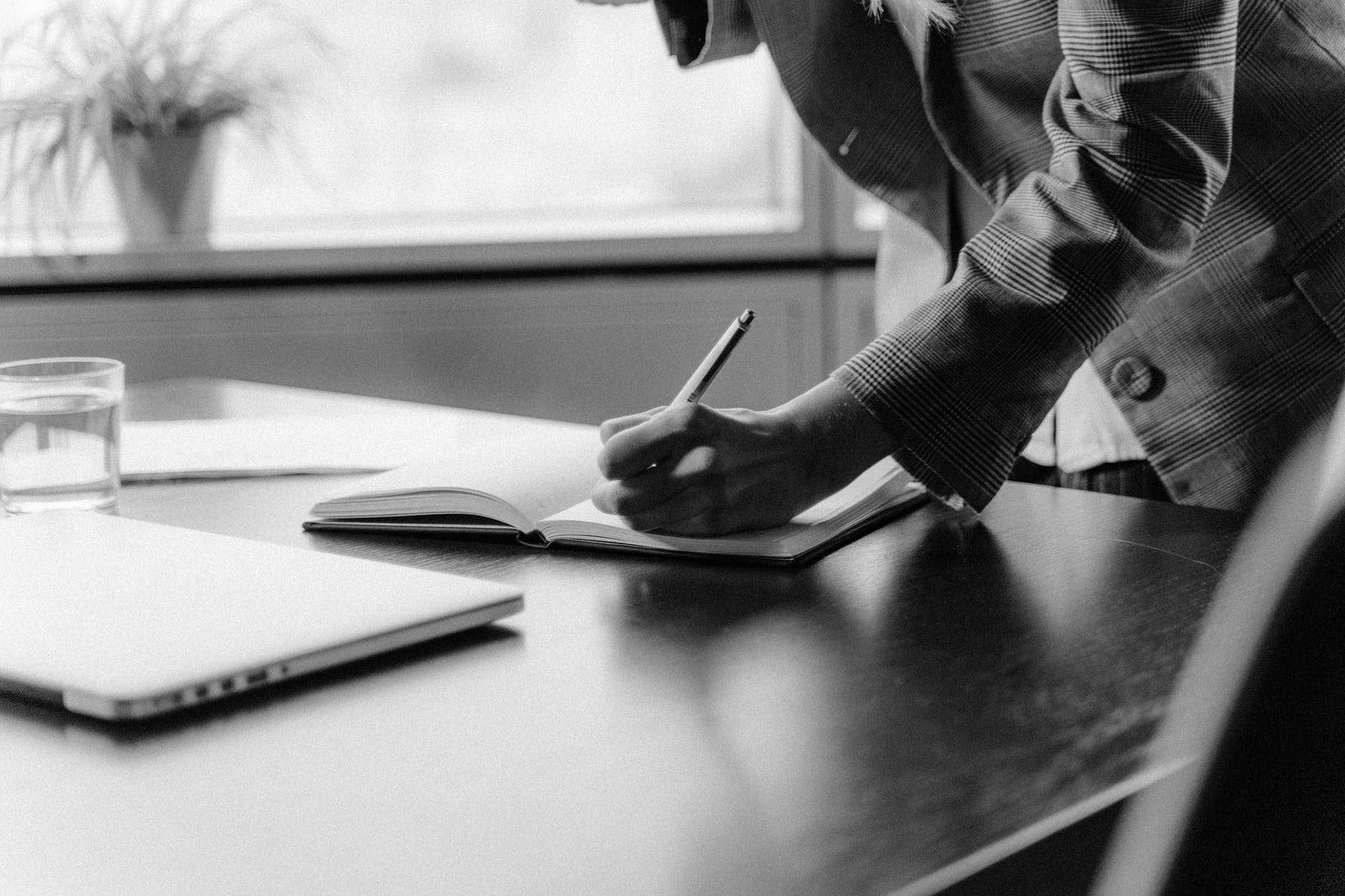 W was represented by pro bono counsel and solicitors, and H was legally aided. Notably, H was not present at the hearing despite an order that he should attend personally made following the rejection at a previous hearing by Sir Jonathan Cohen of H’s argument that he was too unwell to attend in person. H did not apply to join remotely and instead made contact directly with his counsel.

Neither CW nor FR attended or were represented.

The judge concluded that he was satisfied that CW and FR had been properly served and were fully aware of the proceedings, but that they had nevertheless declined to engaged with the court process. With no reason for their non-attendance and engagement, the judge determined that it would be fair to proceed in their absence.

As a preliminary point, Counsel for H contended that the substantive judgment of HHJ Gibbons was not admissible in the committal proceedings since, they submitted, it fell foul of the rule in Hollington v Hewthorn [1943] KB 587. This rule was described by counsel for H as establishing that findings made to a civil standard in the financial remedy proceedings could not carry probative value in a contempt application determined according to the criminal standard of proof.

The judge noted that he had already read the judgment before being made aware of the issue in counsel for H’s Note, but that he would nevertheless make comment on this submission. The judge made reference to a number of authorities dealing with the rule, including Hoyle v Rogers [2014] EWCA 257 and JSC BAT Bank v Ablyazov [2017] EWHC 2906. He noted that the foundation of the rule was that the preservation of the fairness of the trial was entrusted to the trial judge, and that it was critical that the trial judge did not simply accept findings by previous judges before whom related matters had come in the past. The judge rejected H’s submission, holding that he would take into account the judgment, on the basis that:

W served sworn statements and confirmed them orally, being asked a handful of questions in cross-examination.

H provided a witness statement, notwithstanding that he was under no obligation to do so. He elected not to give oral evidence and could not be cross-examined on the contents of the witness statement. The judge concluded that this would inevitably have an impact on the weight he would attach to this evidence.

SERVICE OF THE FIRST PASSPORT ORDER

The judge set out the circumstances of the service of the first passport order on 25 May 2021. On that day two Police Constables attended H’s home, liaising by phone with the Tipstaff. All three confirmed that the passport order had been served on H at that time. The judge heard oral evidence from one of the PCs and from the Tipstaff and was satisfied that H had been served correctly, notwithstanding H’s objections that he had only been served with a different document. The judge decided to draw adverse inferences about H’s unwillingness to attend court to be cross-examined on this issue and concluded that H did in fact know that he had been served properly.

The judge then dealt with the procedural safeguards applicable to the issue and conduct of a committal application, as codified in FPR rules 37.3 and 37.4. He concluded that W had fully complied with the necessary obligations therein.

The judge then set out the various principles applicable to contempt applications:

The judge then set out the background to the case. Since separation in 2016 the parties had been in ‘almost interminable legal proceedings.’ HHJ Gibbons heard the final hearing over 14 days in 2020.

Judgment was handed down on 7 April 2021. HHJ Gibbons made a number of highly critical findings against H in respect of non-disclosure, fraud and dishonesty. She found that H had deliberately sought to delay and derail the proceedings and had falsified documents including bank statements and a Covid test and had lied about where he was attending court remotely.

The order of HHJ Gibbons provided for the following:

The financial remedy order was served validly on all parties with a penal notice. Since then, the payment of £2 million had not been fully complied with. The Twickenham property was eventually sold, albeit most of the proceeds were required to discharge the mortgage and legal fees. W and the children live in rental accommodation and c. £1 million remains outstanding. The Portuguese property remains unsold, having been found by HHJ Gibbons to have been worth c. €4 million.

W issued her committal application in May 2021. Believing that H would try to leave the jurisdiction, W sought and obtained two without notice passport orders made by Cobb J in that month. W did not pursue a committal application in respect of the second passport order. H was ordered to hand over his passport and any other document which could enable him to leave the jurisdiction. H was served on the same evening.

The next morning (26 May 2021) H was personally served with W’s committal application in respect of the financial remedy order. H’s evidence was that - on the same day - he was called by a medical specialist who required him to immediately return to Portugal. The judge noted that he had provided no evidence of such a phone call or other evidence of this. The letter he did produce had no urgency but instead simply invited him to attend an appointment some days later.

The judge concluded that H had clearly hurried from the country to avoid W’s enforcement proceedings. H later explained that he had travelled to the Republic of Ireland, for which he did not need a passport, and then to Portugal with his Portuguese residence certificate.

In June 2021 W filed further committal applications in respect of the passport orders and against CW and FR.

The committals came before Holman J in September 2021. H attended remotely, despite an order that he should be in person. He then said that his health precluded him from travelling to England. Holman J decided to adjourn the hearing to allow H to file and serve a medical report.

In January 2022 the matter came before Sir Jonathan Cohen to consider H’s health. Sir Jonathan found that H was in fact physically and mentally well enough to attend personally, and that he had been at the time of the hearing before Holman J. It seemed that H was invited, during the hearing, to confirm his current location.

On H’s refusal, W requested that the videoconferencing company provide information as to where H was attending from. H reacted to this by immediately leaving the video link. Sir Jonathan concluded that H was in this way trying to frustrate the tracing exercise. The evidence later showed that H had been attending from Florida, USA, rather than from Portugal. H admitted in his evidence that he had been on a number of trips to and from Portugal in the second half of 2021.

Sir Jonathan ordered H to attend the final hearing in person and to attend the offices of W’s Portuguese lawyers and present his passport and other documents. He did neither.

FINDINGS ON THE ALLEGED BREACHES BY H

The judge decided that he was satisfied to the criminal standard that H had breached HHJ Gibbons’ order, since he had not taken all necessary steps to remove the mortgages on the Portuguese property. The judge said that he could not ignore the fact that HHJ Gibbons had found that these mortgages were fraudulent and took this finding into account. The judge found that H had had the ability to procure the release and had not do so.

The judge was also satisfied to the same standard that H had not executed the written document altering the terms of the Cypriot Trust to enable the Portuguese property to be sold, and that it was in his gift to do so.

The judge was further satisfied that H had wilfully breached the other provisions of the order in respect of the trust and of delivery up of related documents, bar one, which would only have been possible to fulfil on completion of one of the previous steps. The judge decided that it would not be fair to commit H for a breach which it had not yet been possible for him to comply with, and therefore allowed W to withdraw it in order for it to be remade later if necessary.

The judge was satisfied that H was properly served with the first passport order, and his counsel acknowledged that he had breached it. The judge was satisfied to the criminal standard that H had indeed breached part of the order by obtaining a plane ticket enabling him to travel to Ireland. He could not be certain that H had not provided all documents required to leave the jurisdiction (since he had not needed any to go to Ireland).

The judge was satisfied that the third parties had breached HHJ Gibbons’ order by not taking steps to remove their charges over the Portuguese property.

Accordingly, the judge considered mitigation, as well as the court’s powers in relation to committal. The judge focussed on the dicta of Hale LJ in Hale v Tanner [2000] EWCA Civ 5570 and of Nicklin J in Oliver v Shaikh [2020] EWHC 2658 (QB).

In mitigation, H submitted that no previous breaches had been found by the court and that his breach of the passport order was more technical than flagrant. H also asked that the court bear in mind the welfare of the children who would see their father punished by the court. Finally, H noted that half of the total lump sum outstanding had been paid.

The judge concluded that H’s behaviour had been designed to disobey an order for him to pay £2 million and deprive her of a sum she was entitled to and which she needs for her and the children. The disregard for the welfare of the children on H’s part was considered by the judge to be an aggravating factor. In addition, the judge noted that H had obstructed the court at every juncture, and that he was living a comfortable life having left the jurisdiction to avoid paying W.

The judge held that a custodial sentence was justified and committed H for 12 months without suspending the sentence, subject to any application by H to purge his contempt. He then committed to prison the other respondents for four months each, suspended for 28 days on the condition that they take steps to remove the mortgages from the Portuguese property.