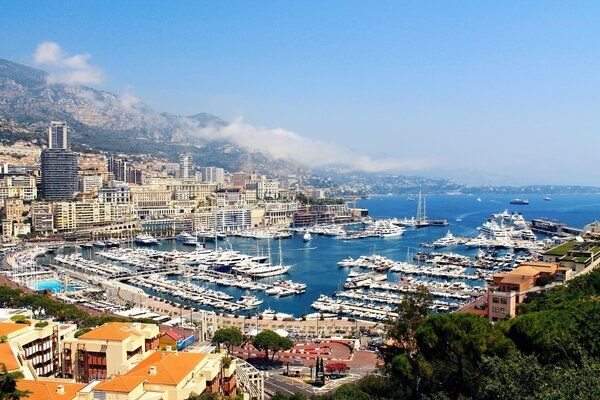 This case concerned a preliminary jurisdiction argument in relation to an application under Schedule 1 to the Children Act 1989. The hearing was before Sir James Munby, sitting as a judge of the High Court (‘the judge’). The application was made by the mother (‘M’), aged 39. She was born in Russia and is a Finnish citizen with family living in France. The respondent father (‘F’), aged 59, was born in Sweden and is resident in Monaco. The application concerned their daughter, C, born in France in 2014 (aged 6).

M’s application under Schedule 1 was made in England on 26 November 2019. Two days before this, F had also made an application in Monaco, which the judge characterised as a “pre-emptive strike”. Specifically, F sought blood testing to establish his parentage of C, as well as provision for him paying M interim maintenance (pending the blood test outcome) of €2,225 per month. This application appeared to reserve F’s right to seek large sums in compensation for, inter alia, “the moral prejudice he suffered” as “a result of a theft of sperm or even a breach of trust on the part of” M and for M having brought proceedings in England “to manipulate the criteria of jurisdiction and applicable law”. F’s case appeared to be that he had not intended to impregnate M, and therefore that M must have become pregnant via some nefarious means. A DNA test ordered by the court in Monaco in September 2020 established that C was indeed F’s child.

In March 2021 the Monegasque court held that, since it had jurisdiction in relation to the issue of C’s parentage, it also had jurisdiction in relation to the overarching issue of child maintenance, pursuant to Article 53 of the Code of Private International Law. The court noted that there was a dispute as to whether M was domiciled in the UK or France and made directions to resolve which law thereby applied to the claim. In December 2020 M had issued protective proceedings for child maintenance in Grasse in France, but the judge held that nothing turned on this issue.

The judge noted that, since M’s application was made in November 2019, the Maintenance Regulation (‘MR’) still applied, regardless of the UK’s subsequent exit from the EU. The judge set out the established law in relation to the MR, including:

The Maintenance Regulation: the issue

The issue for the judge in relation to the MR was whether, since Monaco is not part of the EU, the MR nevertheless had ‘reflexive effect’, as argued by F. This was defined by the judge as a rule of domestic law allowing the court to treat analogously an earlier proceeding in a non-EU Member State as though it were in fact part of the EU, provided that the this did not conflict with any terms of the EU Regulation in question. By this submission F sought to persuade the court to decline jurisdiction in favour of Monaco, pursuant to Art 12. M argued that this submission fell foul of the principles underpinning the MR.

The Maintenance Regulation: meaning and effect

The judge distilled the jurisprudence on the MR into what he called ‘nine propositions’:

Applying these principles, the judge analysed the case as though F had brought the case in a Member State, rather than in Monaco, in line with F’s submissions. F argued that his application was founded on the basis that maintenance was a related action to the issue of the status of C (i.e. her parentage, under Art 3(c)) and that M had submitted to the jurisdiction of the Monegasque court by making ‘an appearance’ there (Art 5).

The judge held that these arguments could not succeed because:

The judge therefore held that F’s case failed even if based on the counter-factual that the MR did apply as though Monaco were a Member State. Nevertheless, the judge set out his decision that ‘reflexive effect’ would not apply in any event. F founded his submission on this issue on the judgment of Andrew Smith J in Ferrexpo AG v Gilson Investments & Ors [2012] EWHC 721 (Comm). Neither the judge nor the parties could find any example of this authority having been applied to the MR. The judge held that he was precluded from finding any ‘reflexive effect’ in this case by the fact that the MR itself prohibits domestic remedies of this sort (per Recital 15).

The judge therefore concluded that, despite the ongoing proceedings in Monaco, the English court had jurisdiction to hear M’s claim, subject to her being able to establish habitual residence. Furthermore, the court had no jurisdiction to grant F a stay of the proceedings.

The judge went on to consider the principles of habitual residence. As a preliminary issue, he considered whether the ‘maintenance creditor’ could properly be said to be the parent, M, as opposed to the child, C, in the context of a Schedule 1 application. The judge noted that this was a “a nice, as yet unresolved, question”. This issue mattered in this context because of the different tests for adults and children for habitual residence. The test for adults is the ‘centre of interests’ and for children is ‘some degree of integration by the child in a social and family environment.’ The judge expanded on the test for adults, based on his authoritative judgment in Marinos v Marinos [2007] EWHC 2047 (Fam), as well as that for children, based on Proceedings brought by A (Case C-523/07) [2010] Fam 42 and Lord Wilson JSC’s ‘see-saw’ metaphor from In re B (A Child) (Reunite International Child Abduction Centre and others intervening) [2016] UKSC 4.

The judge was inclined to hold that the relevant test was that applying to adults, but sensibly decided to proceed in the alternative as well.

F’s case on habitual residence was that M was a ‘forum shopper’ and that she was dishonestly presenting herself as being habitually resident in England. M’s case was that the MR entitled her to choose the most advantageous forum for her claim, provided she could establish habitual residence as at 26 November 2019.

As part of their attempts to undermine M’s case, the judge found that they had undertaken an “oppressive fishing expedition, directed, surely more in Micawber-like hope than expectation, that something might turn up.”

M’s case was that she had lived in England from around 2004 to 2014. She met F in 2013 and had a brief relationship. She became pregnant and moved to France, on what was intended to be a temporary basis, to be closer to her mother and stepfather. In August 2019 she moved back to England with C. Her stated motivations for moving back to England were that she had not managed to get her business off the ground in France, and she was not happy with C’s schooling arrangements. She laid the groundwork in July 2019 to move to England whilst on a reconnaissance trip at which time she also met with her English solicitors. The judge noted that this final fact was only disclosed at the hearing. M moved to England in August 2019 and the court was shown various pieces of evidence of this (tenancy agreement, council tax payments, phone contract, GP registration, ballet lessons). C started at a primary school in September, and was moved to another, preferred, primary school in January 2020.

Counsel for F teased out a number of inconsistencies, exaggerations and mistruths in M’s evidence, which the judge found had amounted to “a significantly successful attack on M’s reliability, and even her honesty, as a witness”. The judge accepted that, for example, M:

However, the judge held that these findings dealt with issues which did not impinge on M’s case as to her habitual residence in November 2019; she had moved to England and quickly put down roots which were demonstrable in evidence. None of the findings had chipped away at this underlying reality. Accordingly, the judge found that M had established by 26 November 2019 her centre of interests in London with the necessary degree of permanence and stability, and that (in the alternative) C had acquired a sufficient degree of integration in a social and family environment.

Having found that M had established her habitual residence on this preliminary point, the judge added some concluding remarks.

The judge noted that “preliminary skirmishing” about jurisdiction was extremely costly, notwithstanding the fact that the international legal framework was at least in part intended to make the area simpler and less prone to exhaustive litigation in multiple jurisdictions. In England, in this case, M and F had spent £300,308 (£134,520 of which for counsel) and £591,464 (£338,998 for counsel). The judge added that this jurisdictional issue was “particularly arid”, since it seemed likely that, as in Moore v Moore [2007] EWCA Civ 361, the relevant foreign court would still apply English law.

In a related point, the judge noted that despite this outlay on legal fees, the legal advisers had failed to comply with the Bundles Practice Direction PD27A, in that, inter alia, much of the underlying documentation was simply scattered throughout the bundle, not helped by a “defective index”: “[H]ow many more years – decades – have to pass before those who ought to know better, and who, as in the present case, are being more than handsomely remunerated, comply with their obligations?”

The judge ended with a plea: “Can nothing be done to prevent or at least ameliorate the folly of these huge and expensive cases that litigate about where to litigate?”