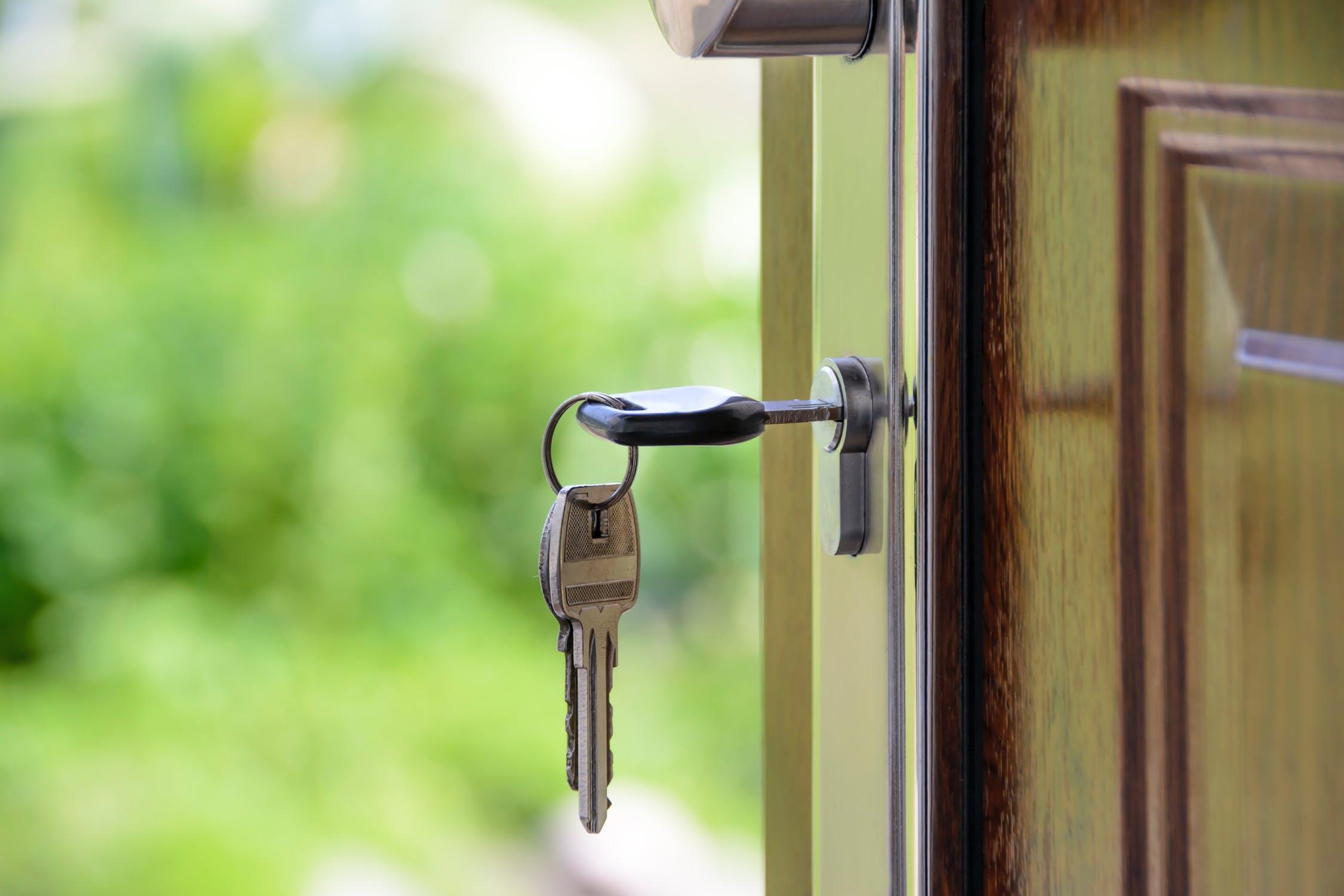 Williams J explored the enforceability of recitals contained in a consent order.

BSA (“F”) and NVT (“M”) had two children, K and A. The children lived with M in the former family home, and F lived in Switzerland. In 2018, M had commenced proceedings under Schedule 1 to the Children Act 1989. The parties agreed a consent order, the terms of which were that F would make a housing fund of £2.75m available for the purchase of a new home for M and the children, along with provision for periodical payments and other capital sums and a costs award. The order was approved in December 2018 and a further order was made in February 2019 specifying the mechanics of implementation.

F then failed to provide the housing fund and so M applied for enforcement of the 2018 order in July 2019. A week after her enforcement application, F began section 8 proceedings under the Children Act 1989, and the two sets of proceedings were subsequently consolidated.

In September 2019, M made an application for assistance with her legal costs of both the section 8 and Schedule 1 proceedings, together with an application for a variation of the periodical payments order contained in the 2018 and 2019 orders. Although the court had directed each party to file statements and to make up-to-date disclosure, F failed to provide any financial disclosure. M then issued an application for a judgment summons on 7 October 2019.

• Made an order for financial disclosure from F;

• Endorsed the order of December 2018 with a penal notice;

• Made a costs allowance order in favour of M; and

• Set the matter down for a further hearing.

F then appealed against that order. A stay of that order was granted pending the determination of the application for permission to appeal.

F’s grounds of appeal were as follows:

1. Appeal against enforcement and committal

• The judge was wrong in allowing enforcement or committal for breaches of an agreement that do not constitute an order of the court.

• The judge was wrong in allowing enforcement or committal for breaches of an agreement where that agreement could not have been made as an order in Schedule 1 proceedings.

• The judge was wrong in making a costs allowance order without first considering whether there was in fact an inequality of arms.

• The judge was wrong in making a costs allowance order without the respondent having given full and frank disclosure regarding her financial position.

• The judge was wrong in making a costs allowance order when the respondent had made no genuine attempts to obtain a loan elsewhere.

• The judge was wrong in making a costs allowance order when the appellant had already offered to advance the respondent the necessary funds to cover legal expenditure.

Although F was initially refused permission to appeal, he then applied to renew his application for such permission at an oral hearing. While he was waiting for that hearing to take place, on 9 June 2020 he issued an application within the appeal, within which he sought to:

1. Join M’s solicitors to the proceedings and injunct them from further acting;

3. Amend the grounds of appeal in the light of the additional evidence.

The application was supported by a document which asserted that subsequent financial disclosure provided by M established that she was untruthful in 2019 in saying she only had £66 in her bank accounts, that she misled the court regarding her ability to pay her solicitors, and that she misled the court regarding a loan from her partner. It was also argued that M had taken cocaine and alcohol and that had that been known to the judge, he would not have made the order he did.

The application to join M’s solicitors was refused, and the other two were adjourned to a later hearing.

Before that later hearing, on 1 October 2020 F issued a further application seeking an order that M disclose:

1. Payments made to her legal representatives in the lower court proceedings; and

2. The terms upon which she had instructed her legal representatives to act in the lower court, to include their remuneration.

The legal framework for appeals

Williams J set out that FPR 30.12(3) provides that an appeal may be allowed where the decision was wrong or unjust for serious procedural irregularity. FPR 30.3(7) gives the test for granting permission:

i. There is a real (realistic as opposed to fanciful) prospect of success, or

ii. There is some other compelling reason to hear the appeal.

The court may conclude a decision is wrong or procedurally unjust where:

• An error of law has been made;

• A conclusion on the facts which was not open to the judge on the evidence has been reached (Royal Bank of Scotland v Carlyle [2015] UKSC 13);

• A process has been adopted which is procedurally irregular and unfair to an extent that it renders the decision unjust (Re S-W (Care Proceedings: Case Management Hearing) [2015] 2 FLR 136); or

• A discretion has been exercised in a way which was outside the parameters within which reasonable disagreement is possible (G v G (Minors: Custody Appeal) [1985] FLR 894).

FPR 30.12(2) provides that unless it orders otherwise, the appeal court will not receive either oral evidence or evidence which was not before the lower court. The discretion to admit fresh evidence would be exercisable if:

1. The evidence could not have been obtained with reasonable diligence for use at the trial;

2. The evidence was such that if given it would probably have an important influence on the result of the case, though it need not be decisive; and

3. The evidence was credible.

This is all subject to the overriding objective.

Williams J refused F’s applications to admit fresh evidence or for disclosure of the means by which M’s lawyers were funded through the Children Act proceedings. He thought the second and third limbs of the Ladd v Marshall test were key:

1. Is the evidence such that if given it would probably have an important influence on the result of the case (though it need not be decisive); and

His conclusions were as follows:

• M had disclosed the loan from her partner in her statement in support of her application. The bank statements produced supported M’s account regarding the loan. F satisfied neither limb of the test.

• The court was aware, as was F, that M owned a car. The fact that she sold it and used the funds to pay her solicitors did not support an argument that had the court been aware of that possibility it would have materially altered its decision.

• The subsequent emergence of evidence that M was misusing drugs and alcohol was irrelevant for the purposes of the appeal.

• The evidence which F sought to rely on fell far short of anything that could reasonably be said to likely have an important influence on the outcome of the appeal.

Williams J therefore also refused F’s application for permission to amend the grounds of appeal, since without the admission of the further evidence, that application had no basis.

F’s application for permission to appeal

F asserted that the directions given with respect to enforcement and committal were wrong in law because:

• The matters said to have been breached by F were recitals to the 2018 consent order and so not terms ordered by the court itself.

• Those matters went beyond the allowable orders the court might make in Schedule 1 proceedings. The 2019 order provided a mechanism by which a property should be purchased for M and the children and provided on a long lease, which was not an order the court could have made.

Williams J noted that in H v H (Financial Provision) [1993] 2 FLR 35, Thorpe J (as he then was) took no issue with the proposition that a recital can be enforced as if it had been an order of the court. He added that it would be ‘surprising if the detailed and comprehensive agreement that the parties reached securing the future material needs of the children and crystallised on the face of an order in the formality with which it was expressed was not intended to be legally enforceable’ [34].

F had agreed to settle £2.75m for the purpose of providing the children with housing. In the 2018 order, this was done on terms which appeared consistent with a settlement of some form. The adjournment to consider the mechanism and the reference to seeking tax advice suggested that both parties had in mind the alternatives of settlement or a long lease.

The particular difficulty with F’s submissions was that the penal notice was attached to the 2018 order, and not the 2019 order which referred to the long lease. The 2018 order was a standard family court consent order, and the recital ‘fell squarely within what was lawfully permissible under Schedule 1’ [37]. The agreement contained within the 2018 order simply provided for F to purchase a property for the benefit of M and the children.

Furthermore, Chapter 24.43 of Rayden & Jackson says ‘where an order of the court consists in part of a recital containing an agreement imposing an obligation on a party, and in part an order; the recital may be enforced provided the court would have had jurisdiction to make an order in like terms’ [37]. The 2018 order complied with this requirement. Williams J therefore did not accept that there was any merit in the ground that the 2018 order could not properly have a penal notice attached to it.

F also appealed against the making of a costs allowance order. Williams J refused permission to appeal because:

• The court had clear jurisdiction to make a costs allowance order.

• The judge had applied the correct test.

• There was self-evidently the risk of inequality of arms. F was very wealthy, whereas W still owed large sums to her lawyers.

• It is not a requirement for a costs allowance order to be made that the applicant makes full and frank financial disclosure, and F did not particularise in what way M’s disclosure was said to be lacking.

• HHJ Oliver had declared himself satisfied that M had looked at various litigation lenders, who had taken into account her indebtedness in costs to her present and former legal advisors.

• It would have been wholly inappropriate for M to pledge any money received from F for the benefit of the children to meet legal fees, which were not the intended purpose of the monies.

M sought an order that F pay her costs of and occasioned by the appeal and the associated applications. Her total costs were £27,364 (including VAT). Although the starting point in relation to costs on an oral application for permission to appeal is that if the court does not request submissions from or attendance by the respondent, costs will not normally be allowed to a respondent who volunteers submissions or attendance (FPR PD30A 4.22), in this case Williams J considered it was appropriate to make a costs order.

Although M’s attendance at this hearing had not been requested, the listing of the other two applications made by F in June and October 2020 made her attendance in effect unavoidable, and it was appropriate and inevitable that M would attend to oppose the granting of an application which would have the effect of further adjourning the hearing of the appeal. Her costs were summarily assessed at £25,500, which was payable within 14 days.