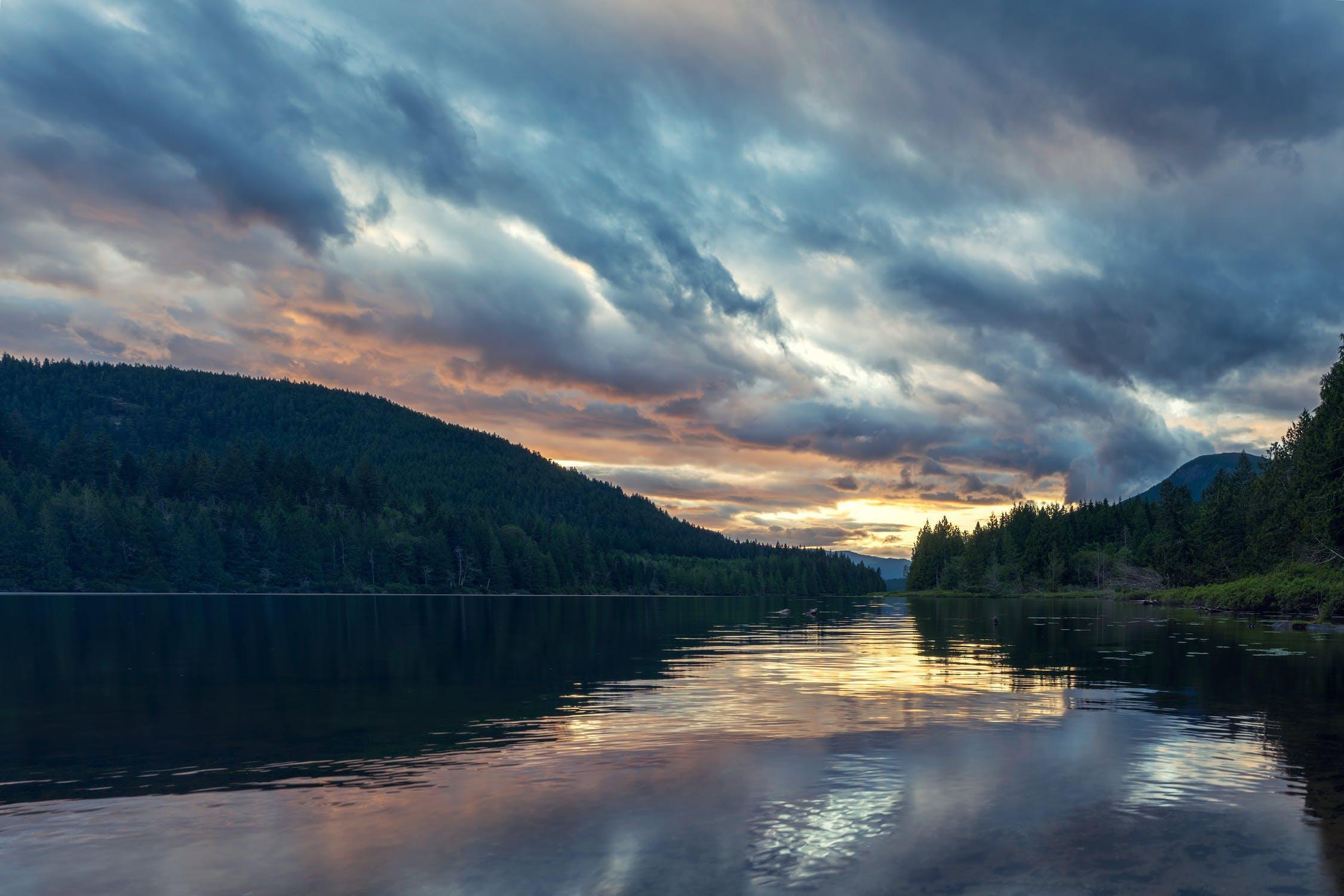 Listed before Mostyn J for final disposal was an application for maintenance under s.27 of the Matrimonial Causes Act 1973 (“MCA 1973”) made by the wife (“W”), along with a Judgment Summons issued by W, and an application made by the husband (“H”) to set aside, or stay enforcement of, an interim order for maintenance and legal services provision. This judgment follows the judgment of the Supreme Court from July 2020, Villiers v Villiers [2020] UKSC 30. A summary of that judgment can be found here.

W issued an English divorce petition in July 2013. In October 2014, H filed his acknowledgment of service denying that the English court had jurisdiction, and lodged his Scottish writ for divorce in the Sheriff Court at Dumbarton. In November 2014, the Central Family Court stayed W’s petition until further order. In January 2015 W filed her application under s.27 of the MCA 1973, and the next day she signified that she would consent to a dismissal of her English divorce petition, following which her petition was dismissed. In March 2015, H applied to stay W’s s.27 application pending determination of the Scottish divorce proceedings (and in April 2015 he further applied for dismissal or a stay of the application).

Parker J was satisfied that H had access through trustees to substantial funds from his late grandmother’s and mother’s estates. She expected H to approach the trustees to access those funds.

H then appealed the decision of Parker J, firstly in the Court of Appeal, and then in the Supreme Court. Both courts dismissed H’s appeals. In addition to the appeal hearings, since July 2016 there had been five interlocutory orders made at High Court judge level in relation to W’s substantive application, which had not been stayed pending the appeals.

Discretion to allow maintenance to continue after divorce

Mostyn J set out in detail the interesting history of s.27 and the common law duty imposed on a husband to maintain his wife. Having considered the authorities regarding the situation where a maintenance order is made but the marriage is later dissolved by a foreign court, Mostyn J took the view that developments in relation to the principles of comity, when taken together with the influence of the common law rule as to the duration of the duty to maintain (i.e. that the duty to maintain subsists only while the marriage subsists), should normally lead to the discretion to allow maintenance to continue after divorce normally being exercised in the following manner:

However, Mostyn J noted that there might be exceptional circumstances which would justify a disposition which allowed maintenance provision to endure, or take effect, after the foreign divorce.

Mostyn J considered that ‘it would amount to an exorbitant extraterritorial exercise of jurisdiction to allow a maintenance order to have effect after a foreign divorce save in exceptional circumstances’ [47]. While juridical advantage or disadvantage in the foreign court should not amount to an exceptional circumstance justifying departing from the normal disposal, the alleviation of undue financial hardship ‘might be another exceptional reason for exercising the discretion to make, or confirm, an award that took effect after foreign divorce’ [53]. However, this would depend on the court finding that no, or seriously inadequate, financial support would be awarded by the foreign court.

Despite being ordered to produce 6 ½ years of bank statements at the pre-trial review, H did not produce even one statement. His explanation was ‘absurd’: he claimed that he was acting in the public benefit in the context of the pandemic by not going to his bank in person, and had no answer to the question of why he did not at any point apply to the court to be relieved from the disclosure obligation on the ground that it was impossible to comply with [100].

Mostyn J described this incident as being ‘illustrative of a general syndrome on the part of the husband of defiance, offensiveness, non-cooperation and truculence’, and stated that the husband was a ‘very poor witness’ [101]. He added that ‘the wife was not much better’, and stated that ‘[b]oth parties were determined, notwithstanding the quality of their representation, to play the amateur barrister’ [101].

However, from H’s blatant refusal to provide basic disclosure in the form of his bank statements Mostyn J drew the conclusion that H’s motive for his ‘deplorable conduct’ was ‘simply in order to needle his wife and those advising her’ [103]. He did not consider that, aside from H’s interests in the trusts, and his interest in his SIPP, there was anything else to know about H’s financial circumstances.

Where a respondent is the beneficiary of a discretionary trust, the central question is always whether the trust assets can be taken into account as a resource of the respondent for the purposes of assessing the applicant’s claim. The court has to be satisfied, on the balance of probability, that the trustees, having been apprised of all relevant facts, would respond positively to a request by the respondent to make funds available to him to make provision for the applicant (“the Charman question”). Mostyn J therefore had to answer the question of whether the trustees would at the time of the order have provided capital to H, or will at the current time provide capital to H, in order to meet W’s claims. He concluded that both in the period preceding W’s application, and at the present time, the answer to the Charman question was no.

W had to satisfy the court as a condition precedent, before it could go on to make an award of maintenance, that in the period prior to her application on 13 January 2015 H had failed to provide her with reasonable maintenance. Although there is no authority on the point, Mostyn J considered that this ‘must mean that in the period immediately prior to the application the respondent has failed to provide reasonable maintenance for the applicant’ [128].

The criterion of ‘reasonableness’ first requires the court to consider what sum, if any, the respondent should have been expected to pay from his means to maintain the wife. If the failure to pay maintenance was the result of ‘won’t pay’ rather than ‘can’t pay’, then the court moves to the second stage, where it must make an evaluative assessment of what proportion of the respondent’s means should go to the wife as maintenance, having regard to the s.25(2) factors, including the marital standard of living, the length of the marriage, and the wife’s own means. What the applicant might succeed in obtaining on an application for ancillary relief is ‘not a relevant metric’ [130].

Mostyn J concluded that the condition precedent was not satisfied in this case, and that W’s application under s.27 must therefore be dismissed.

He therefore had to consider what should happen in the light of that decision to the interim order made by Parker J in July 2016. If the interim order had in fact been paid, there was no power which would allow Mostyn J to order repayment of the interim maintenance, such that it could be argued that if, in that scenario, H could not be recompensed, then it should not make any difference if he has not paid the order. Why should he benefit from his default?

Mostyn J’s answer to that question was that ‘it is illogical, and would be grossly unjust, if the respondent was ordered to pay a sum which on my finding he was then, and is now, not able to pay’ [138]. Therefore, the interim order and the order for legal costs funding were both discharged ab initio, although the costs orders made by Parker J and the Court of Appeal would remain in place since it was right that H should be required to pay them. They reflected the fact that he had lost on the legal point, and his ability to pay was not a relevant consideration in their making.

However, in the event that he was wrong in his assessment of the condition precedent, Mostyn J considered what order for maintenance he should hypothetically make if it were satisfied. The only question was whether H, in circumstances where he was receiving circa £28,000 pa in net income from his trust funds, should be maintaining W. Mostyn J thought that H ought to pay £10,000 pa in maintenance to W in this hypothetical scenario, since there was no good reason why W should be entirely dependent on the charity of her family and friends after an 18 year marriage. There should not be any backdating given that H had no capital to discharge any arrears and the trustees would not give him any for that purpose, and payments would hypothetically commence on the date of Mostyn J’s order.

Given his conclusion on the condition precedent, W’s application under s.27 was dismissed and the orders for interim maintenance and legal costs funding from July 2016 were discharged ab initio. Although Mostyn J had not intended to deal with W’s application for a Judgment Summons (since in those proceedings, H would not be a compellable witness and the criminal standard of proof would apply), it followed that that application must be dismissed as the interim order upon which it was founded had been discharged ab initio.

Mostyn J ended his judgment by observing that had H not chosen to challenge the jurisdiction of the English court to hear W’s s.27 application, it would have been heard on its merits in 2015. Mostyn J was ‘certain that the same result would have been reached as I have reached in this judgment and the application would have been dismissed’ [145]. He noted that that ‘would have saved the parties the better part of six years of stressful, contentious, ruinously expensive and psychologically damaging litigation warfare’, that there would have been a divorce long ago in Scotland, and that the Sheriff Court at Dumbarton would have finally resolved all financial questions between the parties years ago [145].