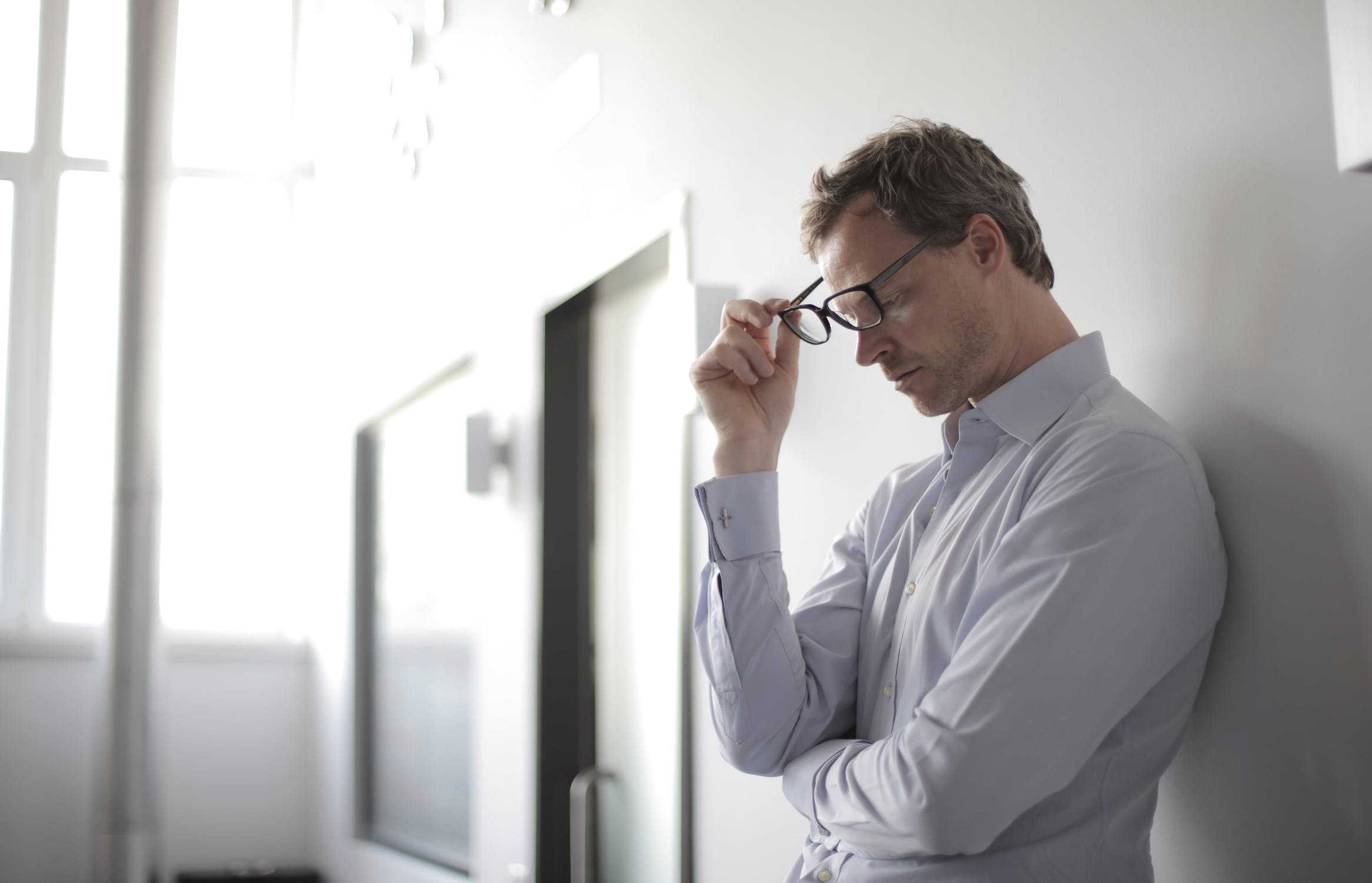 Mostyn J considered what should be done when an order is made on a fundamentally false and mistaken basis.

On 15 June 2018, Mostyn J made a consent order (“the 2018 order”) which covered two valuable properties in New York and London. The consent order was erected on the premise that those two properties constituted matrimonial property, and that their value would be aggregated (along with another property which had since been sold) and the overall value divided equally between the parties.

It was an implied premise of the 2018 order that the trusts which owned the London property and one of the units which comprised the New York property (which was formed from two units which had been joined into one) would be collapsed or dissolved, to enable the proceeds or their value to be divided equally between the parties.

In support of his application, H adduced the expert evidence of Mr Richard Langer, a member of a law firm in New York. Mr Langer wrote a report, which he supplemented twice, and also gave oral evidence via Zoom. He explained that the trusts in question, which owned the London property and one of the units within the New York property, were bona fide trusts which continued to exist and which would not, at least in relation to the trust which owned the New York property, be capable of being collapsed or dissolved.

One of the units within the New York property was subject to a trust made in December 2001, in respect of which W was the settlor. The trust provided that it lasted until the first to occur of W’s death, the expiration of 30 years from the trust’s creation, or the trust ceasing to hold a personal residence of W. If the term ended because of the expiration of a 30 year period (which would occur in just over ten years’ time), then all the assets of the trust were to be distributed outright to W’s then living descendants per stirpes (equally for each branch).

It went on to provide that if the term ended because the trust ceased to hold a personal residence of W, then it was to be converted into an annuity trust for her benefit. That had come to pass and the trust had therefore been converted to a grantor retained annuity trust (“GRAT”).

Mr Langer explained that in order to collapse or dissolve that trust, which was the foundation of the agreement reached by the parties and incorporated into the 2018 order, there would need to be the consent of all relevant parties, including any adult children of the parties. The parties had four children: J (nearly 20), R (nearly 18), A (rising 17) and S (rising 10). He explained that the consent of J and R would be needed, and that the consent of the New York court would need to be granted in respect of A and S.

Mostyn J therefore concluded that, in relation to one unit of the New York property, ‘the whole basis of the order is shown to be false, in that it is not capable of being liquidated and its value transferred to the parties, as the order contemplated’ [9]. In this crucial aspect, therefore, ‘the order was made on a fundamentally false and mistaken basis’ [9].

The situation was comparable in relation to the London property. That was owned by a similar trust created in 2011, of which H was the settlor. That trust had also been converted into a GRAT. If the term ended because of the expiration of 26 years (in 17 years’ time), then all the assets were to be held in a continuing trust for H and W’s descendants until the death of the survivor of the parents, after which the remaining assets were to be distributed outright to the children per stirpes. Therefore, the parties’ children also had a meaningful interest in this trust, which the 2018 order ‘seemingly ignored’ [12].

Because the subject matter of the trust was the London property, the trust was subject to the jurisdiction of the High Court, which had the power under s24 of the Matrimonial Causes Act 1973 to vary the trust, ‘it constituting plainly a post-nuptial settlement’ [12]. Mr Langer explained that if the court were to exercise its power to vary the settlement to bring about, for example, the end of the trust, that would likely be recognised in New York on the basis that the New York court would accept that the English court had jurisdiction over the trust in question.

In any event, the English court could make an effective dissolution of the trust and orders for sale and distribution of the proceeds of the property, and would not need to await any consent from New York. Mostyn J did ‘not believe the fact that the trust in question is governed by New York would present any obstacle to a variation being made in relation to that particular trust’ [13].

However, Mostyn J noted that the court would not do so in a casual way, so as to disregard the valuable interests of the children, or the provisions of FPR r. 9.11. r. 9.11 provides that where an application for a financial remedy includes an application for an order for a variation of settlement, the court must, unless it is satisfied that the proposed variation does not adversely affect the rights or interests of any child concerned, direct that the child be separately represented on the application. Where the court makes such a direction, the court may (if the person to be appointed so consents) appoint a person other than the Official Solicitor to be a children’s guardian.

Mostyn J thought that all four of the parties’ children needed to be joined to the proceedings, and that the younger two needed to have a guardian, if the application to vary the 2011 trust was going to be pursued. He decided that no order setting aside the 2018 order would take effect before R’s 18th birthday, so that only A and S would need to be represented by a guardian. It had been agreed between the parties that W’s sister would, subject to her consent, act as guardian. Mostyn J thought that her costs as guardian should be met equally by the parties. He hoped that all four children would be represented by the same solicitors.

H had argued that Mostyn J should make an order for the sale of the New York property, because H was a mortgagee of the mortgage it was subject to and wanted to be released from those mortgage covenants. However, Mostyn J thought it would be ‘beyond inapt’ for him to make such an order without having heard any representations from the children as to the rightness or wrongness of making such an order [15]. He therefore declined to make an order for the sale of the property.

r. 9.9A provides the procedure for setting aside a financial remedy order. That procedure is straightforward, and it is to be made under the Part 18 procedure, although Mostyn J decided to waive that requirement. PD9A paragraph 13.5 says:

Mostyn J then quoted the principles he summarised in J v B [2016] 1 WLR 3319, which apply when an order for set aside is sought on the ground of mistake:

Mostyn J thought that the true facts on which he made the 2018 order were not known by either the parties or the court at the time the order was made. He said that ‘had the true facts been known I would have made a materially different order from the one which was made’ [18]. He could not say that the absence of the true facts was the fault of either party alone; it was possibly the fault of all the parties and the court taken together. Although there had been abundant evidence before the court which assumed that the order for the collapse of the trusts could be made, Mostyn J did not believe (given that that evidence existed) that it would have been reasonable for the parties to have investigated the correctness of that assumption. He was therefore satisfied that the parties would not have been able, with due diligence, to have established the true facts at the time the order was made. He considered that that requirement should not, where there has been a manifest mistake, be applied too rigorously to prevent the court from making again a disposition on the true facts.

Overall, Mostyn J was ‘completely satisfied that the order cannot stand because it is made on a fundamentally false and mistaken basis’ [19]. He directed that the order should be set aside.

Mostyn J had directed that the parties should use their best endeavours to resolve the issues, if necessary through mediation or another form of non-court dispute resolution. A meeting between counsel had been planned for 22 May 2020, but the afternoon before it was due to take place H’s solicitors wrote to cancel it, stating that there was a funding issue (despite the fact that H had spent over £92,000 in costs). By June 2020, H’s new solicitor said she did not consider a counsel only conference would achieve anything, which Mostyn J thought represented a ‘rather cavalier approach’ to the obligation he had set out in his order [30].

W argued that as a result of H’s failure to comply with the general obligation imposed on litigants to seek to resolve their issues consensually, and the specific obligation in this case, H should be ordered to pay all W’s costs (£52,039). Mostyn J thought that was a ‘manifestly unreasonable aspiration’ [32]. He thought that there should be some sanction to reflect the court’s disapproval that H had ‘paid such cavalier regard to his obligations as incorporated in my order’, but said that the idea that all of the costs would have been saved down to the last penny had a meeting taken place was ‘completely fanciful’ [32]. Since H had ‘wilfully refused’ to engage properly in negotiations, Mostyn J ordered that he should pay costs in the sum of £15,000 [32].