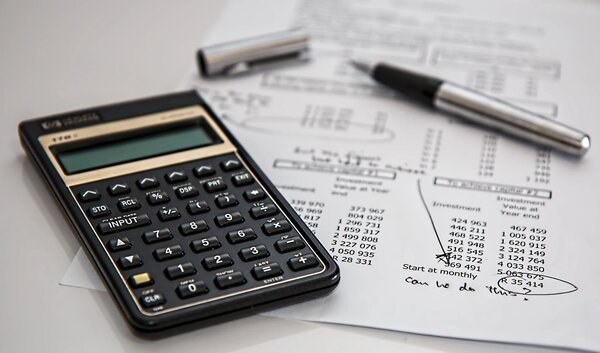 The husband appealed a final financial remedy order made by Cohen J. The sole ground of appeal was that the judge failed to assess or take into account the husband’s needs, and only considered the wife’s needs.

The judgment of Cohen J was reported as TT v CDS [2019] EWHC 3572 (Fam). At the time of the hearing, Richard Rothschild (“H”) was 44, and Charmaine De Souza (“W”) was 45. They had started living together in 1995, had married in 2005 and had separated in 2016. They had two children, aged 13 and 9, who lived with W and had very limited contact with H. The parties had built up a successful business called AM, which provided the family with a very good, but not opulent, standard of living.

Litigation had been on a massive scale, with proceedings under the 1980 Hague Child Abduction Convention, and proceedings brought by H’s mother in the Chancery Division on the basis she was the beneficial owner of the family business and residential properties. There had also been various hearings in the financial remedy proceedings, which had taken two or three years to determine.

Cohen J decided that all the parties’ financial resources had been accumulated during the course of the relationship.

He considered that W’s income needs included those of the children. He said that he had ‘no confidence that H will provide for W or the children’, and concluded that W would have to retain ownership of AM, the business, because this was ‘the only way she could provide for the children’ ([101] of Cohen J’s judgment). He noted that H had no current earned income, but also that he had taken no steps to achieve one. H had said in evidence that he ‘gets offered business opportunities on a daily basis’, and Cohen J was satisfied that he would start off in a new enterprise and would prosper.

In terms of housing need, Cohen J thought W needed a home for herself and the children. He felt that H would continue to live a peripatetic life (H was non-domiciled and travelled regularly), and H had not suggested that he would want to buy a home.

The effect of Cohen J’s order was that W would have AM (minus net debts of £90,000), which would give her £1.73m, less the costs of sale and tax which might be due on the sale of the business. W would also forgo further enforcement of costs orders made in her favour in the past against H and his mother. H, on the other hand, would have net assets of £634,000, on the basis that his mother did not call in the debts she was owed.

Cohen J concluded by saying that neither party would end up with much, if any, capital, but that W would end up with the business. He said that H had brought this upon himself. A departure from equality was necessary to meet the needs of the children and to meet W’s debts, which H had created in significant part.

The judge’s decision was given effect by an order in February 2020. In February, W undertook to pay (for the time being) all the costs of the children’s schooling and their expenses for the time they were with her, and also to pay H £5,000 pcm until 31 May 2020.

H submitted that W received resources of £1.76m, while H (after paying £610,000 to his mother) would have £24,000. Such a disparity required powerful, explicit justification which was absent from the judgment.

He acknowledged that litigation conduct can fall within s25(2)(g) of the Matrimonial Causes Act 1973, but he argued that Cohen J made clear that he was not taking such conduct into account, although he then, implicitly, must have done so.

H also argued that even where conduct is taken into account, the award cannot be depressed below needs. He said Cohen J’s award was unfair because he was left with no capital and had no income. He further questioned why it was fair for W to be awarded the business outright, rather than for him to retain a share, to be realised once the children were adult and the income was no longer required to meet their and W’s needs.

In addition, he submitted that Cohen J had undertaken only an artificial and cursory assessment of his needs, and that he had been wrong to dismiss his need to purchase a home and to take at face value his comments about his future prospects. Cohen J should have taken a more realistic view of H’s evidence.

Although H sought to challenge Cohen J’s finding that his mother would not seek to recover the sum H owed her, Moylan LJ said ‘there is no basis on which this court could interfere with that finding which was plainly open to the judge to make’ [55].

W submitted that the only formal ground of appeal was unsustainable, because Cohen J had clearly considered H’s needs during the course of his judgment. Furthermore, the award was fair.

W’s total costs, which were well in excess of £1m, reflected the destructive impact of H’s conduct on the matrimonial assets, which had been depleted by H’s approach to litigation. Cohen J had fully taken into account the destruction of the marital assets caused by H’s conduct, and had been entitled to do so. This had severely reduced the resources available for distribution between the parties, and had justified the imbalance in the outcome effected by the judge’s award. Furthermore, Cohen J had been entitled to find that H would ‘start off again, in a new enterprise, and prosper’. There was no reason for the judge to reject H’s evidence that he was being ‘offered business opportunities on a daily basis’.

W argued that H’s needs had been taken into account by Cohen J, but that he had rightly concluded, especially having regard to the fact that the children were particularly vulnerable, that departure from equality was necessary so as to meet the needs of the children and to meet W’s debts, which H had created in significant part.

The general approach is that litigation conduct within financial remedy proceedings will be reflected, if appropriate, in a costs order. However, Moylan LJ noted that there are cases in which the court has determined that one party’s litigation conduct has been such that it should be taken into account when the court is determining its award, and he cited the relevant case law.

One of the objectives of the current costs rules was to enable the court to take the effect of costs into account when determining the fairness of the proposed award, and ‘not to risk a carefully crafted needs award being jeopardised by the subsequent disclosure of a Calderbank (without prejudice) offer’ [74]. This led to the adoption of the general rule that the court will not make an order for costs in financial remedy proceedings (r. 28.3(5) FPR 2010), subject to sub-paragraph (6) which provides that the court can make an order requiring one party to pay the costs of another where it considers it appropriate to do so because of the conduct of a party.

Moylan LJ said that what is important is that, whether by taking the effect of the conduct into account when determining the distribution of the parties’ financial resources (both income and capital), and/or by making an order for costs, ‘the outcome which is achieved is a fair outcome which properly reflects all the relevant circumstances and gives first consideration to the welfare of any minor children’ [78].

‘W must be able to go forward in life without being excessively trammelled by debt. In so far as the resources are not there to enable H to have the same freedom, that is the inevitable result of statute requiring me to give first consideration to the children and because of the way that H has acted since the breakdown of the marriage which has been vindictive and irrational, and which has caused a huge and unnecessary haemorrhage of money to pay for this litigation.’

Moylan LJ thought that if this paragraph was read on its own, it makes clear that Cohen J did take into account that the matrimonial assets had been very significantly depleted as a result of H’s conduct, which had caused an ‘unnecessary haemorrhage of money’ through litigation costs. The phrases ‘the resources are not there’, ‘the husband will not have the same freedom’ and ‘because of the way that H has acted’ demonstrated that the judge’s award would reflect the effect of H’s conduct.

Moylan LJ did not think this was inconsistent with what Cohen J had said at [105], where he had said ‘If there had been more money in this case it might become necessary to seek to put a financial value on the conduct that is set out’. Moylan LJ thought that at [105], Cohen J was referring to the range of matters advanced by W in support of her conduct case, which included, but were not confined to, the costs of the litigation. There was no inconsistency if Cohen J’s references to ‘other aspects are not so easily recompensed’ and ‘it might become necessary to put a financial value on the conduct’ were references to the matters advanced on behalf of W other than litigation misconduct.

Accordingly, Moylan LJ did not think that there was an inconsistency. Cohen J did take conduct into account, but only in respect of the costs dissipated on litigation. This conclusion was supported by Cohen J’s comments at [110] that ‘this has been the most destructive litigation…[for which] H is very largely responsible’, and, at [124], that H ‘has brought this [being the effect of the judge’s award] on himself’ [86]. This ‘leaves no room for doubt that the judge did indeed take the husband’s litigation conduct into account when determining his award’ [86].

Although Moylan LJ thought that ‘it would have been better if the judgment had contained more detail’, he was ‘not persuaded either that the judgment is defective or that the award was not justified by the circumstances of this case’ [96]. It was plain that Cohen J was entitled to take H’s litigation conduct into account, and the parties had spent at least £800,000 on litigation in England. The amount spent on legal costs would have been a modest fraction of this but for H’s conduct.

Furthermore, Moylan LJ did not accept that conduct cannot lead to a party receiving less than their needs. He said that this ‘depends on the circumstances of the case and…can be justified. This must, of course, be justified having regard to all the s.25 factors but it plainly can be justified’ [98].

He also thought that the disparity between the parties would ‘self-evidently have been very substantially less if there had been a further £600,000 or more in available resources’ [99].

Finally, Moylan LJ added that the burden of maintaining the parties’ children was likely to be met by W, and that Cohen J was entitled to conclude that the resources allocated to W were no more than sufficient to meet her needs, both in the short term and the long term. Cohen J was ‘equally entitled to conclude that the amount allocated to the husband, also taking into account the husband’s prospects, and the other material factors such as his conduct, was a just proportion of the assets and was sufficient to meet his needs at a level which was fair to him in the circumstances of this case’ [101]. Moreover, Cohen J made clear that the resources available to H as a result of the order, even if not sufficient to meet his needs, fairly reflected the s25 factors.

The appeal was therefore dismissed. Newey and Patten LJJ both agreed with Moylan LJ’s leading judgment.