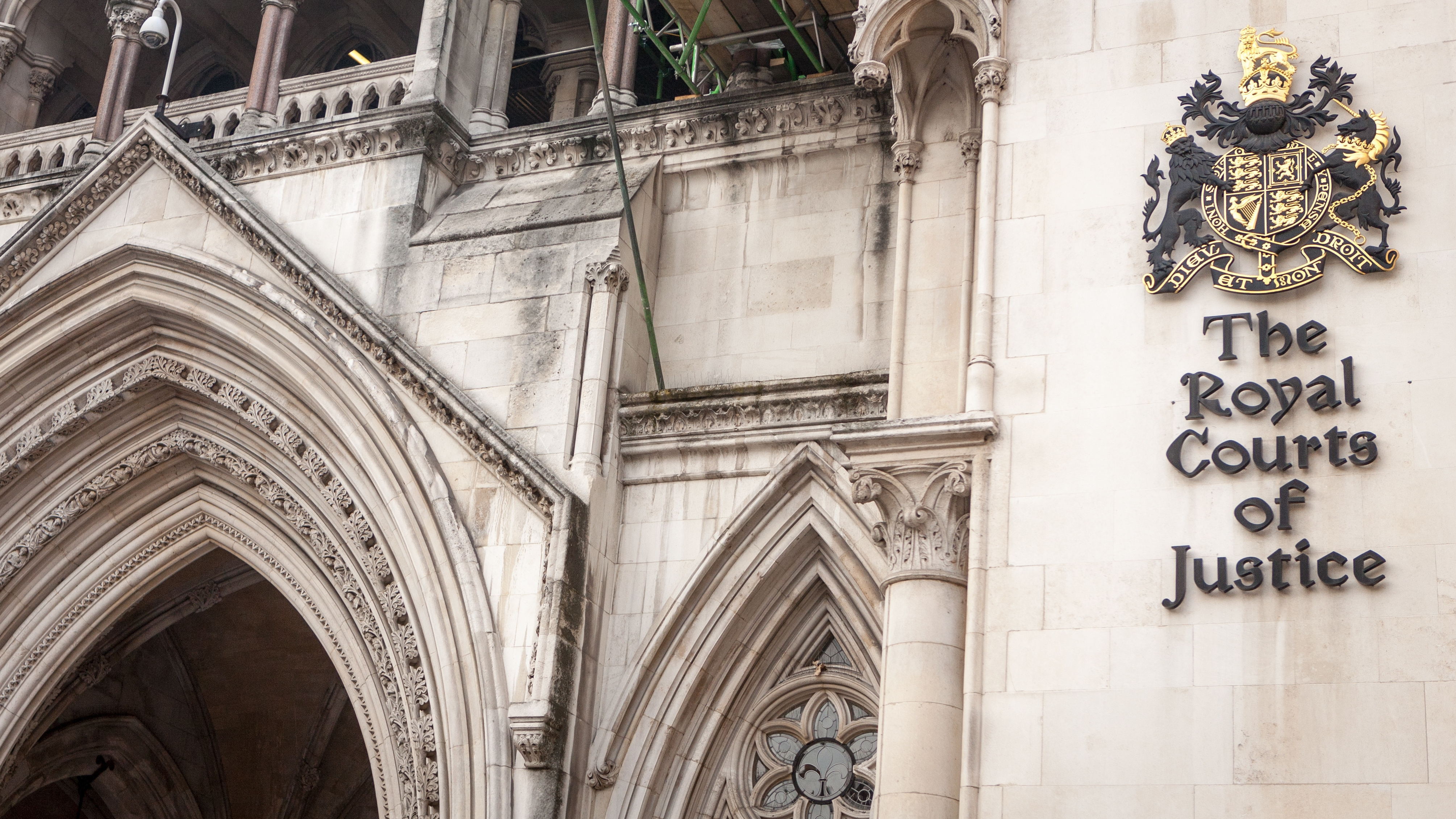 In a paper which I prepared for the recent At A Glance Conference on 13 October 2021 I suggested, in the course of a wide-ranging discussion of accountability and accessibility as core components of transparency, that there needed to be, for use in the Financial Remedies Court (FRC), a similar form of standard Reporting Restriction Order (RRO) to that which is used in the Court of Protection (COP). This lies at the heart of the very successful move to open COP up and, because of the way it is drafted, avoids the need for endless debate about the meaning and reach of section 12 of the Administration of Justice Act 1960. I asked: “Is there not a need for a similar form of order for use in FRC which would enable us in the same way to ‘park’, to bypass, analogous debates about the reach of the 1926 Act and of Clibbery v Allen?” Answering my own question, I said: “I think there plainly is.”

“Alongside my review, work has been undertaken by Mr Justice Mostyn and His Honour Judge Hess, as the lead judges of the Financial Remedies Court [‘FRC’], to enhance transparency and public confidence in financial remedy proceedings. I am very grateful to Mostyn J and HHJ Hess who have developed a proposal for a ‘standard reporting permission order’ for use in FRC proceedings. The proposal, which has my support, is being launched today, alongside this review, for consultation [emphasis added].”

The CP has attached to it a proposed standard reporting permission order (RPO) for those financial remedy cases which are not ‘children proceedings’ as defined by FPR 25.2(1)(a). As the CP points out (CP#2), such cases represent the overwhelming majority of work undertaken in the FRCs.

The stated objective (CP#1) is “to enhance the transparency of, and public confidence in, financial remedy proceedings in the FRC.” The approach is explained (CP##3,6) as follows:

“The primary purpose of the proposed RPO is to codify and clarify the existing rules concerning the reportability of financial remedy proceedings so as to achieve a better balance between privacy of the parties, on the one hand, and transparency and freedom of expression, on the other … We emphasise that we are not seeking to change any existing legal standards. Rather, the proposal does no more than to continue to preserve the essential privacy rights of the litigants while at the same time giving meaningful expression to the right of the press and legal bloggers not merely to attend hearings but to comment on and debate the process. We judge that public confidence in the work of the FRC would be greatly enhanced if the public knew what was being done in the public’s name.”

How can anyone sensibly disagree?

The CP identifies two important restrictions on the entitlement to report FRC proceedings, “which effectively emasculate it and ensure that no meaningful report of a case can ever be made” (CP#10): One (CP#12) is that “financial information obtained from the parties under compulsion is protected and may not be referred to in a published report without the leave of the court.” The other (CP##13,18,19) is that:

“does not represent a fair balance of, on the one hand, the right to privacy in relation to financial information extracted under compulsion, and, on the other hand, the merit of transparency of the court process and the right to freedom of expression by the press.”

Again, how can anyone sensibly disagree?

How does the proposed RPO give effect to this? As to the substance (rather than the machinery with which it also deals) the RPO has four principal components.

First, as the CP explains (CP#15) the RPO contains terms, made pursuant to the common law and to s.1(4) of the Judicial Proceedings (Regulation of Reports) Act 1926, which relax the existing prohibitions. These terms, setting out the general principle of publication, are in para 2. This provides that, subject to paras 3, 4 and 5, a journalist or legal blogger may:

“publish … anything heard or read by the journalist/legal blogger concerning the proceedings including, but not limited to, any of the following:

a. the names of the parties;

b. photographs of the parties;

c. a description of the factual, evidential or legal issues in the proceedings including the open proposals made by the parties;

d. quotations from, or information derived from, any documents filed in the proceedings (“the filed documents”), including, but not limited to, witness statements, replies to questionnaire, voluntary disclosure and position statements;

e. quotations from, or summaries of, the oral evidence of witnesses, or of the submissions of the advocates, or the comments of the court;

f. quotations from, or summaries of, the judgment and order disposing of the proceedings.”

Second, para 3 sets out a qualification in relation to children:

“The publication permitted by para 2 above:

a. may not name the minor children of the parties or their schools (but may state the county in which the children live);

b. does not permit a photograph of those children to be published.”

d. … the filing of written evidence, chronologies or schedules pursuant to an order of the court under FPR 9.15(3), 9.20(3) or otherwise;

e. … a report of an expert witness pursuant to an order of the court under FPR 9.15(3)(b), FPR Part 25, or otherwise, or from any information given to an expert for the purpose of the making of their report; or

f. … oral evidence or submissions, written or oral, based on the material in (a) – (e) above.”

“The publication permitted by para 2 above … may not refer to [protected financial information] save to the extent that any such information is already in the public domain.”

However, this general prohibition is very significantly qualified by the proviso to para 5:

“In order to enable a journalist/legal blogger to publish a meaningful and intelligible report of the proceedings, the following shall not be regarded as protected financial information:

(i) a broad description of the types and amounts of the assets, liabilities, income, and other financial resources of the parties, without identifying the actual items, or where they are sited, or by whom they are held; and

(ii) inasmuch as they are based on the material in (a) – (e) above, a broad description of the open proposals of the parties giving only the monetary value of the proposals and without identifying actual items.”

Fourth, para 4, setting out what the CP describes (CP#16) as “straight-forward and self-explanatory machinery”, provides for journalists and legal bloggers to be given access to documents:

“For the purpose of making the publication in para 2 above:

b. the requested documents shall be strictly confined to those which are necessary to enable the journalist/legal blogger to comprehend the factual, evidential or legal issues in the proceedings;

d. the provision email shall specify which of the requested documents are claimed to be protected;

e. the provision email may reject a request for documents which is considered to be exorbitant, unfocused or otherwise disproportionate;

f. the copies of the requested documents provided under (c) above:

i. may only be used by the journalist/legal blogger for the purposes of the publication, and not for any other purpose, and

ii. may not be shown by the journalist/legal blogger to any person other than editors or other staff in the publishing organisation, or for the purpose of obtaining advice;

g. the copies of the requested documents shall be destroyed by the journalist/legal blogger no later than six months after the date of the order disposing of the proceedings unless in the meantime a different order has been made by the court; and

h. upon destruction of the copies of the requested documents pursuant to (g) above the journalist/legal blogger shall serve by email a confirmatory certificate on the parties and shall send the same to the court.”

So much for what is proposed.

The key proposition put forward in the CP (CP#20) is that “the proposed RPO fairly balances the right of the press and legal bloggers to report meaningfully with the essential privacy rights of the parties and the children.” I entirely agree.

The CP is animated throughout by a refreshingly open acknowledgement of the need for more transparency in FRC, characterised by the telling description of the proposed from of order as being a reporting permission order (RPO) rather than the conventional reporting restriction order (RRO). The CP, I suggest, makes an utterly compelling case for this important change, and the proposed RPO is a very elegantly and cleverly drafted tool for achieving it.

I hope that everyone will agree with the aims and objectives so convincingly argued for in the CP.

The focus, accordingly, I suggest, should be on identifying what, if anything, can be done to improve still further the drafting of the proposed RPO.

I venture to suggest that it is particularly important for journalists and legal bloggers to respond to the CP. This is, not least, because one hopes that in due course the proposed RPO will serve as the basis for a similar RPO for use in children cases – a development surely indicated by the entire thrust (and, in particular, ##38-44) of Confidence and Confidentiality: Transparency in the Family Courts. Indeed, would it not be useful if journalists and legal bloggers, using the form of RPO proposed for FRC as a template, were to develop as a matter of urgency, for consideration by the President, a form of RPO appropriate for use in children cases?