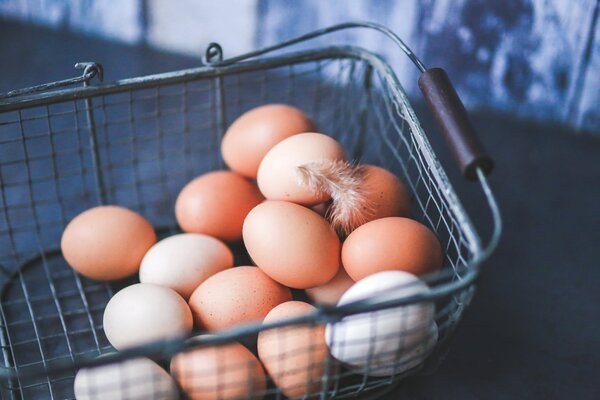 The court dismissed H’s application to set aside a consent order reached at an FDR on the basis that the Covid-19 pandemic was a Barder event.

The Wife (“W”) and the Husband (“H”) were 49 and 53 respectively. The parties had been married for 24 years prior to their separation in August 2018. They had three children.

The parties reached an agreement as to finances at the FDR on 12 March 2020. H would retain the business and W would retain the family home and the proceeds of sale from the second property. W agreed to transfer her shares in the Company on the basis that H paid her a series of lump sums equivalent to £1m. It was recorded on the face of the Order that the series of lump sums “shall not be variable”.

That W was to receive 40% of the capital and 33% of the pensions after a long marriage was justified on the basis that she was retaining “copper-bottomed” assets, whilst H’s were risk-laden.

Nine days after the order, on 23 March 2020, the UK entered into the first national lockdown.

H’s solicitors wrote to W on 23 April 2020 that he would not be able to pay the first lump sum payment, due by 10 June 2020. This was because the pandemic has “decimated” the Company’s turnover. They claimed this “event” was “unforeseen and unforeseeable” which, as HHJ Kloss noted, showed them to already be “teeing up a Barder application”. [45]

On 5 June 2020, H applied to ‘stay’ the lump sum provision of the order for twelve months, with a review after nine months. The application was made on the basis of “the catastrophic impact Covid-19 has had” on H’s ability to raise a series of lump sums. [3]

When H did not pay the first lump sum payment, W issued an application on 20 October 2020 to enforce the lump sum and accrued interest. [4]

On 2 November 2020, and relying on an alleged substantial change in the value of shares in the Company, H applied to set aside the Order entirely. H claimed that “circumstances that were unforeseen and unforeseeable have significantly changed the assumptions upon which the Order was made”. [5]

Despite the issue being raised with the parties, neither sought a remedy pursuant to Thwaite v Thwaite [1981] 2 ALL ER 789. As noted by HHJ Kloss, “[H] has put all his eggs in the set aside basket”. [14]

The grounds for setting aside an order, even if made by consent, include “a subsequent event, unforeseen and unforeseeable at the time the order was made, which invalidates the basis upon which the order was made” (FPR PD9A 13.5).

Cornick v Cornick [1994] 2FLR 530 then specified that the new event had to be “unforeseen and unforeseeable” which, noted HHJ Kloss, is a “requirement that has been maintained in all Barder cases thereafter”. [19]

HHJ Kloss concluded his summary of the legal framework for a set aside application with a reminder that the “higher courts have consistently emphasised the exceptional rarity of applicants who can successfully argue for a Barder event”. [22]

Whilst W “fairly conceded” that the pandemic is like “nothing we have seen in our lifetimes” and that the Company had been altered thereby, she did not accept that it was as bad as H was suggesting. [56]

HHJ Kloss identified three areas in which H’s evidence was relevant to his assessment of the application:

HHJ Kloss felt that, whilst he had not detected that H had “come to Court to tell a pack of lies”, he had, in his “anger and frustration”, presented a picture of the Company’s finances “which was partial”. In consequence, HHJ Kloss felt he had to “exercise due caution in accepting [H’s] unilateral assertions for now and the future”. [71]

What is the event?

HHJ Kloss held that “the existence of the Covid 19 pandemic in and of itself is plainly not a new event”. This is because it alone does not invalidate the assumption upon which the Order was based, and because it was “well known to exist” at the FDR.

How is foreseeability to be assessed?

HHJ Kloss asked himself whether H, at the FDR, could have reasonably foreseen the risk that the pandemic might have a significant impact on the trading position of the Company. However, he rejected that H would have had to be reasonably able to “foresee a risk of the full extent of the pandemic and the impact thereof”. [79]

Such a wide interpretation would mean that a Barder application could have been successfully issued after an FDR in May 2020 (when the UK was in the first lockdown), in July 2020 (as the first lockdown was ending), and in December 2012 (as people were planning Christmas). It was not known, at any of these points, how the virus would develop, how many lockdowns there would be, or how the Company’s trading position would change. “In reality, it still isn’t”. [76]

HHJ Kloss noted that any of the risks identified by the Single Joint Expert (“the SJE”), instructed to value the Company prior to the FDR, might have come to pass to a greater or lesser extent (for example, Brexit/loss of exclusive distribution/currency fluctuation). If they had done, then H could not have sought a set aside. H “[could not] be put in a better position with respect to the impact of Covid 19 than to other risks”. [80]

When and by what measure is the impact of the event to be assessed?

Whilst H sought to measure the impact by a comparison between the figures and assumptions of the SJE and his figures at March 2021, HHJ Kloss identified difficulties with this approach. Namely, that the SJE’s figures were never intended to be “set in stone”; that a Barder application must look to the long term and “not take a snapshot in time”; and that there was no independent evidence before the court. Neither party had applied for a new SJE report, but in this matter “to do so would represent an impermissible back door route to set aside”. [82]

HHJ Kloss held the Covid 19 pandemic to be “an extraordinary event” that is “different in nature and scale” to anything else in the parties’ lifetimes; it is “akin to war, with tentacles spreading across the world”. Therefore, he found that “in principle, the Covid 19 pandemic can open the door to a successful Barder claim”. [86]

H’s application did not fail as a result of timing issues. With the UK going into lockdown “before the ink was dry on the Order”, HHJ Kloss saw the “event” as sufficiently proximate. Further, he found that H had made the application to set aside “reasonably promptly in all the circumstances”. [86]

However, HHJ Kloss found, and “not without some hesitation”, that the risk to the Company caused by the Covid 19 pandemic “was indeed reasonably foreseeable”. Due to the declaration by the World Health Organisation that there was a global pandemic and the resultant plunge in the stock market, Boris Johnson’s announcement that there were going to be “severe disruptions”, France’s national lockdown, and other events in the lead up to the FDR, H “was on notice” of developing world events; “events, which might well have had a practical and financial impact upon the population of the UK”. [89]

Ultimately, though H did not foresee it, the “event”, properly defined, was foreseeable.

Furthermore, an overall assessment of the impact of the pandemic and more general factors, lead to HHJ exercising his discretion against H. Whilst the Company had fallen in value, H had chosen a path of personal risk because he belied that it would lead to the greatest personal reward. If the Company had traded in PPE or thermometers, rather than commercial office supplies, and had increased in profitability then W could not have increased her award. “The gamble was taken by both parties”. [94]

There are “sound public policy reasons why the finality of litigation is to be preserved”, and it is for this reason that the “Barder threshold is deliberately set very high”. [94]