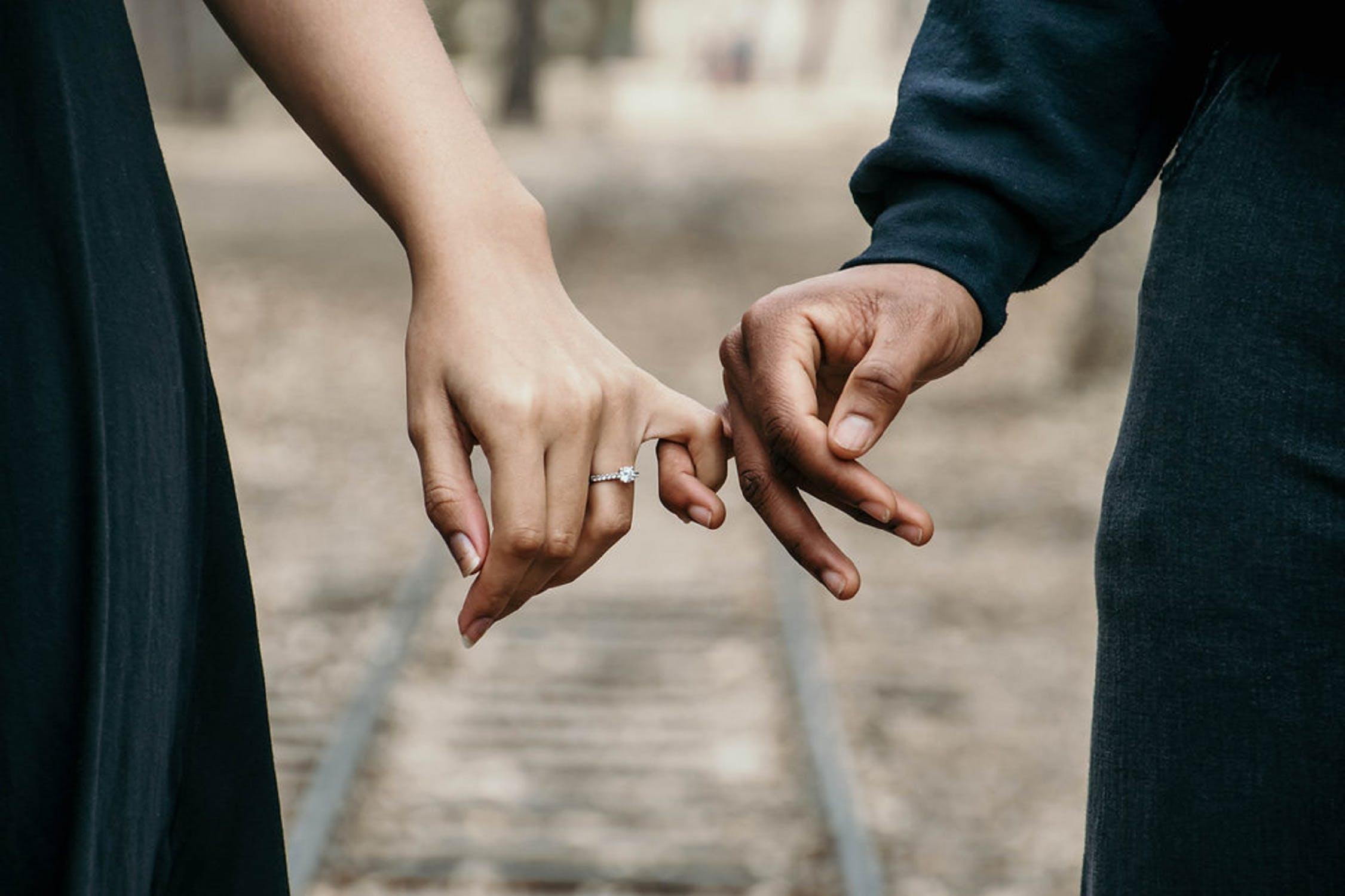 This was an application by an intervener in financial remedy proceedings for disclosure of material and information which was subject to ‘without prejudice’ privilege. The matter came before Roberts J (‘the judge’).

This was an application by an intervener in financial remedy proceedings for disclosure of material and information which was subject to ‘without prejudice’ privilege. The matter came before Roberts J (‘the judge’).

The intervener was a litigation funder (‘Q’) which provided funding to parties involved in family and probate proceedings. It had lent funds - £1 million by the time of the hearing - to the applicant wife (‘W’) to help her to pursue the financial remedy proceedings.

Q was a party to the proceedings, having been joined in February 2021, and had filed an application to set aside a consent order which had been sealed in March 2021 by Nicholas Cusworth QC, sitting as a deputy High Court Judge. A hearing is listed for March 2022 at which the court will determine whether or not to set aside the consent order.

The consent order was reached after a private FDR. Q’s broader set aside case is that the settlement which resulted from those negotiations was deliberately structured by the parties so as to leave W with no assets or entitlement to property or liquid funds with which she could satisfy her debt to Q.

Q’s application in the instant hearing was to enable it to use without prejudice material from that FDR to prove its case in its application to set aside the consent order under FPR r.9.9A and claim relief under ss. 423 to 424 of the Insolvency Act 1986 (‘IA 1986’).

Q’s overall claims in support of its set aside application were that the agreement reflected in the consent order was vitiated by:

Section 423 IA 1986 enables the court to set aside a transaction on the application of a creditor where a person has entered into a transaction at an undervalue for the purpose of putting their assets beyond the reach of creditors.

Q relied on the case of Haines v Hill [2008] 1 FLR 1192 in which the Court of Appeal had held that money and property received by a party under the terms of a financial remedy order is prima facie the measure of the value of rights he or she has given up.

However, that would not prevent the transaction being susceptible to an application under s.423 where a vitiating factor such as fraud was present. This is set to be the basis of Q’s claim, for which they will need to be able to establish in evidence that W and / or H foresaw that the result would achieve the purpose of preventing Q from recouping its monies, at which point the court would be able to infer the relevant mental state. Q therefore required permission to admit evidence contained in the without prejudice material from the FDR to show the relevant foresight on the part of the parties.

W had launched an original financial remedy claim in 2016, which was adjudicated at a final hearing by Parker J. W was awarded £3 million to meet her future needs on the basis that H’s resources were found to be c. £9 million.

In 2020 the matter came before the court with a fresh round of financial disclosure. By this time W had entered into three separate loan agreements with Q. This second round of proceedings came to a private FDR in February 2021.

THE FRAUD EXCEPTION TO PRIVILEGE

The judge considered the three categories of privileged material sought by Q:

The judge noted that it was well-established that privileged material can, in appropriate circumstances, be overridden by evidence of facts which give rise to a claim under s.423 IA 1986. The judge went on to consider a number of cases in which privileged documents had been admitted into evidence. Most of these related to legal professional privilege. The judge then turned to the case of Unilever plc v Proctor & Gamble Co [1999] EWCA Civ 3027, which concerns exceptions to the ‘without prejudice’ rule.

The relevant exceptions in Unilever were:

THE CONVERSION OF THE AGREEMENT IN AN ORDER

The judge then moved on to consider the circumstances in which the agreement reached at the FDR was converted into a court order.

The agreement reached was that H would have his trust purchase a property up to a value of £1 million in which W would have a life interest, such that she would be able to live in the property for the rest of her life, regardless of any remarriage or cohabitation. W would have the option of moving to an alternative property in future. The trust would meet the costs of insuring the property during the ‘life tenancy’ and W would meet the costs of basic utilities and repair.

On that basis W’s claims for capitalised maintenance and/or other needs would be dismissed, with H agreeing not to pursue any claim in future for child maintenance. One consequence of this agreement was that W would not be in a position to repay the debt to Q. Indeed, she told them as much shortly after the FDR.

The judge noted that at some point during the private FDR W’s solicitor and barrister both withdrew, owing to a potential conflict of interest arising from their mandate from W in the context of the requirements of Q’s loan agreements.

When Q learned of the proposed settlement, they emailed the court and parties setting out that they would be seeking joinder to the financial remedy proceedings. Two days later Q sent a letter of claim to W. On the same day H’s solicitor sent an email directly to the judge allocated to deal with case management of the case, attaching the draft consent order and required financial information. The Family Office at the RCJ was not informed of this. Q was not informed of this step and the judge was not informed that Q had evinced an intention to apply for joinder.

Following a formal application shortly thereafter, Q was formally joined to the proceedings. Notably the consent order had yet to be converted into an order, which would only happen at the start of March 2021. The judge who approved the order was not informed about Q’s joinder.

On 5 March 2021 Q made an application on the express basis that no order should be made before it had had the opportunity to make representations. Once they were informed that the order had been approved, they applied to set it aside and directions were made to progress the matter.

LEGAL ARGUMENTS IN RESPECT OF DISCLOSURE

Counsel for Q argued that the agreement between W and H was a deliberate breach of the loan agreements, amounting to an act of bankruptcy and statutory fraud. They further argued that the procuring of a formal order had been done via subterfuge, since the judge had not been informed of Q’s joinder. The disclosure sought, they contended, was relevant to the question of whether H and W had colluded in reaching an agreement that W would leave the marriage with no assets with a view to avoiding her debt to Q.

Counsel for H that Q’s action was a civil debt action by a non-party to the marriage, the outcome of which was not necessary for the court to determine the financial remedy application. They argued that the joinder order had been wrongly made and that Q was improperly using its intervenor status to seek confidential information to pursue that civil debt, and that the financial remedy application was now at an end. As to the manner in which the agreement was converted into an order, this was said to be a ‘red herring’ on the basis that there had effectively been a Rose order in place. As to the documents sought, it was argued that there was an absolute bar to disclosure of privileged documents in the circumstances; Q’s interests did not trump the wider public interest in FDRs remaining privileged.

The judge noted that the application raised a number of competing policy considerations. She first analysed the decision in V v W (supra). It was clear from that judgment that Sir James Munby had noted that there were potential problems with the bar to disclosure of information from the FDR, including that it would appear to prevent formal complaints against barristers or judges for their conduct at such hearings.

The judge then considered whether the instant case could be distinguished from V v W. She noted that Q could not be simply seen as being analogous to a third-party unsecured lender, noting the growing prevalence of litigation funders.

Ultimately the judge decided that the case could not be distinguished sufficiently from V v W, although she rejected the submission that she had no discretion at all in respect of ordering disclosure of documents from a FDR, as counsel for F had contended. She held that the fraud exception could still bring about such a result, albeit she concluded that the facts of this case did not justify the order sought by Q. The public interest in maintaining the cloak of privilege in FDRs (including in private FDRs) remained too strong.

The judge concluded that Q would have an opportunity to be heard in its application and that there was already a great deal of evidence which would be available to the court, including the specific terms of the settlement reached.

The judge ended by noting that the Family Procedure Rules Committee might consider whether potential issues raised by this case, in the light of the importance of litigation funding, require some reconsideration of the ‘absolute bar’ which Sir James Munby identified in his interpretation of PD9A, para 6.2.