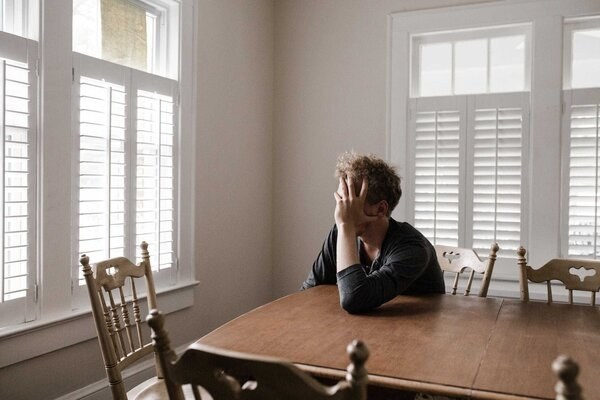 In this case Cobb J (‘the judge’) was concerned with parties who had had an extremely long history of litigation, having been listed in front of at least 20 judges at all tiers over a period of 31 years. The judge was faced with a wide range of applications made by the applicant (former) wife (‘W’), including:

These applications were directed at W’s former husband (‘H’), from whom she had divorced in 1990, as well as H’s stepfather. The judge noted that W also appeared to be trying to advance some further quasi-applications, including:

The judge held that these five quasi-applications were “without any secure legal or factual foundation” and disregarded them.

W had originally applied for the freezing injunction and supporting applications. Following that, she continued adding further applications. She added the non-molestation order seemingly as a result of Mr Brian Farmer of the Press Association having been present in court and having applied successfully to report on the hearing. The judge noted that W had been in touch with his clerk to raise her concerns that media reports might identify her adult children, notwithstanding that Mr Farmer had promised not to do so. She then augmented this list with the remaining applications.

W appeared as a litigant-in-person and H was represented on a direct access basis. The judge emphasised that W’s presentation of her case was “chaotic”, with her written submissions disclosing a tendency to “paranoia and delusional thinking”, particularly in relation to “extravagant claims of serious criminal misconduct” on the part of H and members of his family. W provided evidence that she was suffering from an emotional breakdown and was taking sedatives. W’s health issues appeared to have been raised many years before in the proceedings when they came before District Judge Wilkinson in 2003.

The judge’s impression of W’s emotional instability was further compounded by evidence from W’s GP, which diagnosed W with an emotionally unstable personality disorder. The consequence of this was that the judge decided that W was a vulnerable party within the meaning of Part 3A and made appropriate allowances for her, including allowing a half-day break to provide W with adequate time to properly digest the note submitted on behalf of H.

H is 62 years old and works as a carpet fitter. W is 60 years old and seemingly unemployed. In the original proceedings W had described herself as being “registered disabled” in the earlier proceedings. Neither party appeared to be especially financially stable.

The parties married in 1982. Divorce proceeding followed in 1989 and the parties separated in 1990. They had two children. Decree Absolute was pronounced on 3 April 1991. Thereafter financial remedies orders proliferated. The first bout of litigation started with a 1990 application for MPS, the result of which was the subject of an immediate appeal. There followed a 1991 transfer of property order and a three-day contested final hearing in June 1991 which resulted in a transfer of property and periodical payments orders.

A lull in the litigation of 10 years ensued, before W applied for a lump sum payment in 2002. This was rejected, and the proceedings were transferred to the High Court following “one of many appeals”. In 2005 Baron J varied the periodical payments order and made orders in favour of the children under Schedule 1. A year later W sought to vary this order. Baron J rejected this, but did allow W to enforce arrears, and a costs order was made against H.

Seemingly H did not make the requisite payments and enforcement orders were followed by a charging order against H’s property, which was followed by further enforcement proceedings. Later in 2006 H was declared bankrupt and he applied unsuccessfully for a downward variation of the periodical payments. W sought to annul H’s bankruptcy in 2007, alongside applications for enforcement, a reference to the DPP on account of H’s alleged perjury and a direction for papers to be disclosed to HMRC, among others. Baron J criticised H’s domestic spending, which she characterised as “completely foolhardy”.

Further applications were made by both parties in 2007 to 2009 for upward and downward variations. In the judgments written during these years the judge noted a marked contrast between different judges as to their views of H’s credibility, from “wholly believable” to “verging upon ludicrous”.

In 2009 W issued a judgment summons to enforce arrears in periodical payments. By 2010 H had been committed to prison for his failure to pay the debt, albeit this was suspended for H to make a payment, which he did.

W’s case was that she had been wronged by H and was entitled to financial recompense. The trigger for this appears to have been an expectation that H would inherit from his stepfather. Moreover, the monies she claimed stemmed entirely (bar interest accruing later) from the period 1990 to 2007, being the sums of periodical payments allegedly never paid by H.

H denied that he owed any sums and accused W of trying to resurrect long decided litigation opportunistically on account of H’s inheritance prospects. Further, H claimed that he had faithfully paid maintenance since 2010 without issue, and that although W had been cautioned by the police in 2012 for reportedly harassing him, this had been “11 years of relative peace”. H reported that he had faced a great deal of financial hardship in relation to the litigation: he had had to re-mortgage his home three times to pay legal fees; he was declared bankrupt in 2007; and he had his house repossessed later that year. He had been living in rental accommodation since.

CONCLUSION ON THE FINANCIAL REMEDY APPLICATIONS

The judge concluded that W’s application for a freezing injunction and associated remedies could not stand. She could not show that it was likely that she would recover a substantial capital sum, nor that there was a danger that H would remove the funds from the court’s reach.

The judge considered that W was not entitled to a lump sum. She had applied for one in 2002 and had not been awarded one. This decision had expressly taken into account H’s prospects of inheritance, and no adjournment had been made, which would have been the conventional approach in circumstances where a judge considered such an inheritance was likely to improve H’s fortunes. W did not appeal that decision. The judge found that no lump sum order could stand on these foundations.

The judge then turned to the question of arrears of maintenance. The judge considered that W’s application to enforce on these was res judicata, since she had had it dismissed by HHJ Hayward Smith QC in December 2009. Further, the judge held that W should not be granted leave under s.32 MCA 1973 to pursue any payments which pre-date the 2010 order. Finally, the judge noted that, in any event, H was not in arrears for any payments post the 2010 order.

The judge elaborated on the issue of arrears, noting firstly that – if it was the case that W was seeking to enforce the arrears as a crystallised judgment debt – rather than under s.32, she was prevented by s.24(1) Limitation Act 1980, which provides a bar to claims after the elapse of 6 years. Secondly, the judge held that, as far as any arrears consequent to the order of Baron J in 2006 under Sch 1 CA 1989 were concerned, the children (who were intervenors in 2006) were the ones who would be in a position to enforce payment.

The judge then dealt with the issue of W’s claim being res judicata, following the dicta of Sir James Wigram in Henderson v Henderson [1843] 67 ER 313, holding that if W had wanted to enforce arrears in a way somehow not covered by the order of HHJ Hayward Smith, then she should have done so during the extensive litigation which had gone before.

As a result of the main actions for a lump sum and enforcement of arrears being dismissed, W’s application for a freezing injunction could not stand by itself. The judge considered that he could not use the inherent jurisdiction to remedy any perceived deficiencies or lacunae in a case brought under the Senior Courts Act 1981 (as this was), nor could he deem it to have been brought under s.37 MCA 1973. Indeed, an application under the MCA would have raised a further problem for W, given the stricter language of s.37(2)(a), which would require H to have been trying to defeat W’s claim by disposing of, dealing with, or transferring out of the jurisdiction, some property. Since H had not received his inheritance at the time of the hearing, it could not be said that this could satisfy that test.

The freezing injunction also had a number of procedural problems, including that it had not been accompanied by affidavit evidence (per PD 20A, para 3.1) nor by evidence of facts relied upon (PD 20A, para 3.3), other than “sweeping allegations” about H’s behaviour. Additionally, W had not shown clear evidence of unjustified dealing with assets giving rise to the conclusion of there being a solid risk of dissipation of assets to W’s prejudice, per Mostyn in UL v BK (Freezing Orders: Safeguards: Standard Examples) [2013] EWHC 1735 (Fam).

The judge dealt briefly with W’s application for a freezing injunction against a third party: namely against H’s stepfather, noting that this jurisdiction should be used with extreme caution and that W did not come close to persuading him that it was appropriate in this case.

Accordingly, the judge found that W’s financial applications were “ill-conceived and opportunistic” and should be dismissed.

W had tried to have the application adjourned until after the financial applications, and the judge noted that he had been minded to agree to this when in correspondence via email with W. However, the judge changed his mind, persuaded by the extra prejudice to H of it not being dealt with (given that he had already instructed counsel to appear), as well as by counsel for H’s argument that case management decisions ought to be made by reference to both parties and that caution should be used about directions being made via email (following the almost contemporaneous decision in Re M (Applications by email) [2021] EWCA Civ 806).

The judge held that the remedy sought by W did not fall within s.42 FLA 1996. Although the term ‘molestation’ was interpreted broadly, it could not be taken to mean contacting the press generally. Furthermore, W had not shown any evidence of there being a risk of any publication which could amount to ‘molestation’. The judge also noted that W’s remedy would in fact be under s.12(1)(e) AJA 1960, but that W had not produced evidence justifying this order. The judge discharged the interim order and dismissed the application.

W appeared to have referred to a purported Hadkinson order in her applications, but the judge had not been furnished with any specific application to that effect and was not sure whether it had been issued at all. Nevertheless, he decided to deal with the matter, concluding that neither of the prerequisites to consideration of such an application were met. Firstly, he was satisfied that H was not in contempt of court and, secondly, W had not demonstrated that H’s contempt was wilful. The judge dismissed this application too.

The judge’s conclusion was that “the vast majority of the wife’s applications” were “hopeless, unsupported by evidence, and without property jurisdictional basis”. The judge certified the applications for the freezing order and the non-molestation order as being totally without merit. As to the upward variation application, which he had not criticised, he set this down for a directions hearing in front of a District Judge of the Family Court.

On the subject of costs, the judge considered that this could be dealt with via further written submissions.