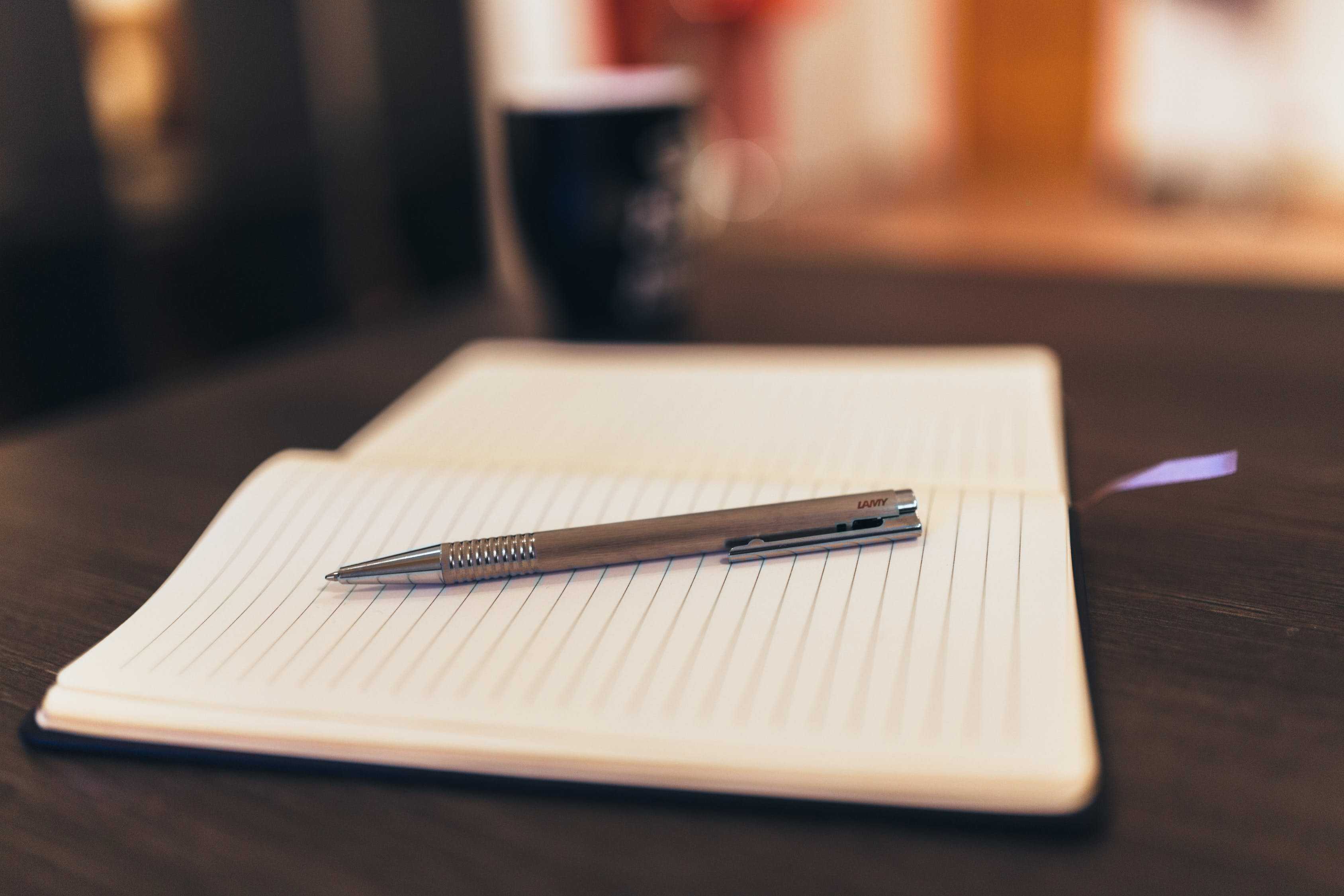 Notes on the launch of the Financial Remedies Journal

At last a journal has been launched to fill what seems to me to be a gross and obvious gap in the market. It has always struck me how our existing family law journals tend to treat financial remedies law and practice as the poor relation. Developments in public and private law children work, and in international children work, always seem to be given priority, bestowing on the money cases a Cinderella status. This is both understandable and at the same time surprising.
It is understandable because it cannot be gainsaid that the subject matter of children work is fundamentally more important than the subject matter of money work. This is to state the obvious.
It is surprising because virtually all other private law litigation in the civil sphere is ultimately about money, or money’s worth, or about private property. And even in the public law field most of the disputes litigated in the Administrative Court are often au fond about money or property. As long ago as 1844 Karl Marx blasted the “rights of man” proclaimed in the French Revolution as camouflage masking the true nature of the bourgeois social order. He wrote: “the practical application of the human right to freedom is the human right to private property.” That the movement in house prices is perennially the third most popular press item (after the weather and Princess Diana) suggests that he may have had a point.
In the civil world reams are written in numerous journals about mercantile, pecuniary or proprietary disputes. So why is there this strange reluctance by the publishers of family law journals to give prominence to equivalent disputes between two people who had been married to each other?

Thus the arrival of the Financial Remedies Journal (FRJ) unquestionably fills a gap. And it is not as if its subject matter is uninteresting or unchanging, as the contents of this first issue so clearly show.
Here, Sir James Munby writes with his customary wonderful clarity about the conception, gestation, birth and development of the FRC. It is a most fitting overture for the journal.

I am expecting that contributors will write in future issues about the numerous legal and procedural initiatives both close inshore as well as on the horizon.
In the course of 2022 we can anticipate the following, at least:

I am expecting to read articles from practitioners and academics which examine all of these initiatives with the closest critical attention.

I am an avid reader of Private Eye. My favourite part of that magnificent organ is the letters pages. The honouring by the correspondents of the tradition that every letter must say that the writer should get out more and that it continues on page 94 always makes me laugh. I hope that the FRJ will develop a quirky letters page. Letters, mediated by the editors, will make for much better reading than twitter outpourings (Oh yes, judges do read twitter feeds, which the legal twitterati would do well to bear in mind).

The flow of judgments from High Court judges sitting in the Family Court, and from the Court of Appeal, continues unabated for which I must bear some responsibility, although I would say in my defence that my motive has only ever been to maintain constitutional orthodoxy.
Thus in NB v MI [2021] EWHC 224 (Fam) and BT v CU [2021] EWFC 87 I sought to explain that the Law Commission had clearly recommended, respectively, restrictions on the power to make declarations and the power to order variations of lump sums; and that Parliament had in each instance enacted without material alteration the Law Commission’s recommendations. Yet in each instance, judicial fidelity to the clear statutory, democratic, intention has not been wholehearted, to put it mildly.
In BT v CU [2021] EWFC 87 I also pointed out that the whole of the so-called Thwaite jurisdiction violated the principle of stare decisis, a fundamental constitutional principle in the administration of justice.
And I pointed out in BT v CU and in A v M [2021] EWFC 89 that the current practice of anonymising almost all published financial remedy judgments had no historical constitutional validity; and certainly violated the high constitutional principle of open justice declared in Scott v Scott [1913] AC 417. In that case Lord Shaw of Dunfermline was of the opinion that the practice of hearing a nullity suit in camera, with the result forever shrouded in secrecy, represented “the gradual invasion and undermining of constitutional security”; it was “exactly the same result which would have been achieved under, and have accorded with, the genius and practice of despotism”; and it acted “to shift the foundations of freedom from the rock to the sand.”

I was, to use idiomatic language, “just saying”.

I anticipate that the pages of FRJ will contain lively op-ed pieces which address these issues from first principles. Speaking for myself, I have no problem at all with serious, well-thought-out criticism being meted out if judicial opinions are considered to be wrong. Judges are not shrinking violets, and I have no doubt that they keep in mind Lord Clarke’s comments in Dhooharika v The Director of Public Prosecutions (Mauritius) [2014] UKPC 11 at [28], quoting respectively Lord Brown and Lord Carswell, that when judges are unjustly criticised their usual response should be a “wry smile”; and that they just have to “shrug their shoulders and get on with it”.
A consequence of the implementation of the recommendations made in the report “Confidence and Confidentiality: Transparency in the Family Courts” (29 October 2021) will be that far more financial remedy judgments at district and circuit judge level will be reported. This will enable a much better understanding to be gained of what is happening at the coalface of daily practice in the FRC rather than in the ivory towers occupied by High Court judges.
I am anticipating that the reports of these judgments will be the centrepiece of each issue of the FRJ. To be able to write a really good précis of a judgment is a considerable skill, and I am expecting that FRJ will have high quality reporters doing just that. Imitation is the sincerest form of flattery and I hope that FRJ will take a leaf from Family Law by having a commentary immediately following each judgment précis. I urge FRJ’s editors to ensure that the judgments are reported without any significant delay following their placement on Bailii. A delayed judgment précis is seriously devalued, in my opinion.
In the early part of 2022 the revised Form D81 will come into use. This form sets out with clarity the financial positions of the parties both before and after the implementation of the consent order. This should bring about a very considerable alleviation of the workload of the district judges dealing with consent orders. The present form is simply unfit for purpose and could not be less helpful to a district judge seeking to do his or her statutory duty to consider the proposed consent order in detail. This will completely change with the use of the new form.
The new form when completed will contain valuable data showing how parties are settling cases. There is no reason why that data cannot be scanned, converted into Excel format, and then anonymised. The combination of data thus captured from consent orders and data derived from published judgments should enable academic analysts to be able to say pretty quickly how cases at varying levels are being settled or judged and whether there are regional variations. Ultimately it is my ambition, and that of the Law Commission, that the results of such analysis should be published and made accessible to litigants so that they can have a clear steer on how their case is likely to be dealt with. I am confident that FRJ will be in the vanguard of publishing commentary from academics and practitioners about this process.

In my opinion, this is a wonderful initiative. Class Publishing has assembled an editorial team of the highest intellectual quality. They will ensure that the FRJ becomes the periodical of choice for financial remedy practitioners. I wish the project well. No doubt I will suffer a certain amount of apprehension immediately before each issue hits the stands, but that is as it should be.

The mission of the journal is to promote serious and high- level debate and thought about the workings of the world of financial remedies, both substantively and procedurally and inside and outside of court.

*Please sign up before 15th March 2022 to receive the Journal on the week of release.