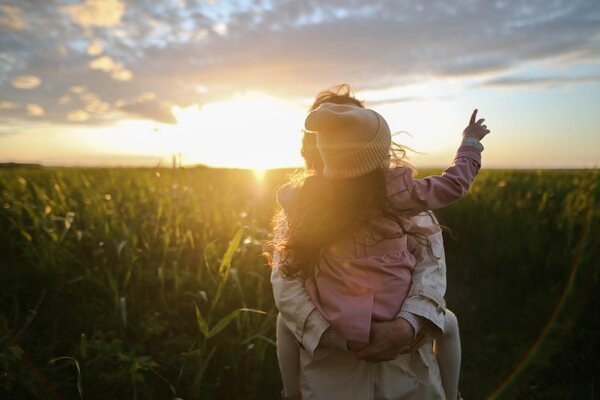 Mostyn J dismissed a father’s application under the 1980 Hague Convention in which he claimed that an agreed change of habitual residence had been vitiated by the mother’s alleged fraud.

AC (“the father”) is a USA national and NC (“the mother”) is a British national.

The parties began their relationship in 2014 when the mother was on a work placement in the USA. They married in State A in the USA on 16 November 2015, where they initially lived.

The mother visited her family in England whilst she was pregnant with their child (“K”) in 2016. However, due to medical reasons, she was unable to return to the USA and, as a result, K was born and had his birth registered in England in January 2017.

The father travelled to England for K’s birth but had to return to the USA after two weeks due to his work as a police officer.

Although the parties resumed living together with K in the USA at some point between late 2017 and 2019, exactly when this happened was disputed by the parties. The mother claimed it was in February 2018, when K was almost 14 months old. The father said it was when K was nine months old, but that the mother took K back to England when he was 18 months and remained there with him until after his second birthday.

The parties separated in April 2019.

On 22 October 2019, they signed a "Marital Settlement Agreement" ("the agreement"), governed by the law of State A. The agreement dealt with the parties' capital and income claims against each other, and set out future arrangements regarding the care of K.

It was agreed that the parties would have “joint custody of the child”. [5]K would relocate to England where he would live and attend school during term time. Then in the holidays, and at least three times a year, K would spend his time in the USA with the father.

This agreement was endorsed by a Family Magistrate sitting in the Circuit Court of State A on 24 January 2020 and formed part of the order that the Court made upon the parents’ divorce. The order (“the USA order”) was issued on 18 February 2020, and included:

Three days later, on 27 January 2020, and in accordance with the USA order, the mother moved K back to the UK. They have lived at her parents’ house in north-east England since then.

Recently, however, the Covid-19 pandemic has prevented the USA order from being upheld.

The mother and K were due to fly to the USA on 31 March 2020, but their flight was cancelled due to the national lockdown and resultant travel restrictions. Plans for K to visit his father were then thwarted by quarantine obligation during the summer and Christmas holidays of 2020.

Although it was suggested by the mother, the father was unable to travel to England due to work commitments. This meant that the father’s contact with K was limited to video contact every other day.

On 29 October 2020, the father filed a petition for contempt and a petition to modify custody at the Circuit Court in State A, alleging that the mother had violated the USA order. The father sought full custody of K.

The proceedings in State A, following a settlement conference on 11 February 2021, are ongoing.

On 19 January 2021, the father applied in England for an order for the immediate return of K to the USA under the 1980 Hague Convention on the Civil Aspects of International Child Abduction. He pleaded his case in his Form C67:

“It is disputed that the child is now habitually resident in England as the mother's solicitors have asserted in a letter to the father because permission to relocate to England was only made on the basis on the agreement which has not been adhered to by the mother.” [20]

The application was first heard by Nicolas Cusworth QC, sitting as a Deputy High Court Judge, on 28 January 2021. A hearing to determine K’s habitual residence was listed.

Arbuthnot J adjourned and relisted the matter. The application was then heard by Mostyn J.

“It is elementary”, Mostyn J began, that the 1980 Hague Convention can only be invoked where the child’s habitual residence has not changed to the new state before the alleged act of removal or retention. [21]

The test for habitual residence

Mostyn J agreed that the test set by the Court of Justice of the European Union (“the CJEU”) for determining a child’s habitual residence was “canonical”. [24] In Proceedings brought by A (Case C-523/07) [2010] Fam 42, [2009] 2 FLR 1, the CJEU stipulated that the meaning of “habitual residence” corresponds to the place that reflects a degree of integration by the child in both a social and family environment. Of import is the duration, the reason, regularity, and conditions of the stay in the territory. In addition, is the child’s nationality, school attendance, and linguistic knowledge.

As such, the exercise of determining habitual residence is one of “pure fact”. It will “always boil down to”, held Mostyn J, answering one simple question: “has there been, on the relevant date in the new state, the requisite degree of integration by the child in the social and family environment?”. [24]

Mostyn J employed the metaphor of a see-saw to represent the moment in time, or punctum temporis, when the change in a child’s habitual residence occurs. Despite how the see-saw metaphor has “generated a certain amount of confusion”, Mostyn J found that, having “originated in the nation’s highest court”, it was both “simple and valuable”. [26, 27]

That there is “no scope for limbo in this analogy” accurately reflects how it is “vanishingly unlikely” that a child can be left in a limbo where they have lost habitual residency in State A but not gained in in State B. The motion of a see-saw, just like the build-up to a change in habitual residence, can be fast or slow. Yet, whatever the speed, “the point of equilibrium will be passed”. [25,26]

Mostyn J did, however, caution against mistakenly interpreting the metaphor to mean that there needs to be the same level of integration in the new state as there was in the original state before a child’s habitual residence can change.

In this case, and in order to succeed with his application under the 1980 Convention, the father needed to demonstrate that at the point of wrongful removal or retention K remained habitually resident in the USA.

The father claimed that K had remained habitually resident in the USA at all times because, from when K and the mother left the country on 27 January 2020, the mother had always dishonestly intended to breach the father's spending time rights under the terms of the agreement and the USA order.

His argument was that the agreed change of habitual residence of K to England was vitiated by the mother’s fraud and that, as a result, K was wrongfully removed from the USA. Or, alternatively, that he was wrongfully retained in England when he did not return to the USA during Easter 2020.

Mostyn J held that the intention, or the state of mind, of the mother was a fact, “albeit a psychological fact”, that needed to be considered alongside all the other facts in order to determine whether K had reached the requisite level of integration in a social and family environment. [32]

Whilst it is “trite” law that fraud unravels all, Mostyn J was not aware of the existence of any authority that states that the agreed relocation of a child, with an accompanying change in habitual residence, can be voided ab initio on the basis of fraud. [33]

The result is that, even if the USA order were to be set aside, this would not avail the father’s later application for the return of K under the 1980 Hague Convention. By the time the father issued his Form C67, K was habitually resident in England.

Mostyn J found that it was completely lawful for the mother and K to travel to England on 27 January 2020. This would be the case even if the mother had been harbouring dishonest intentions to later prevent K from seeing the father. Although, Mostyn J held that the mother had never harboured such intentions.

Similarly, there was no wrongful retention in this case.

Mostyn J did not believe it necessary to determine the moment when K’s habitual residence changed from the USA to England, but found that it had been prior to Easter 2020. It is because of this that he could not see that the Convention could be engaged.

Mostyn J concluded that the father’s “true complaint” was that he was being denied what the Convention refers to as “rights of access”. Article 21 of the Convention requires state parties to facilitate the enjoyment of rights of access by making it an administrative obligation to afford a domestic remedy. In England, that would be the right to have an application under section 8 of the Children Act 1989 heard.

Mostyn J offered the father the opportunity to have his application under the Convention treated as having been made pursuant to Article 21, but he was refused.