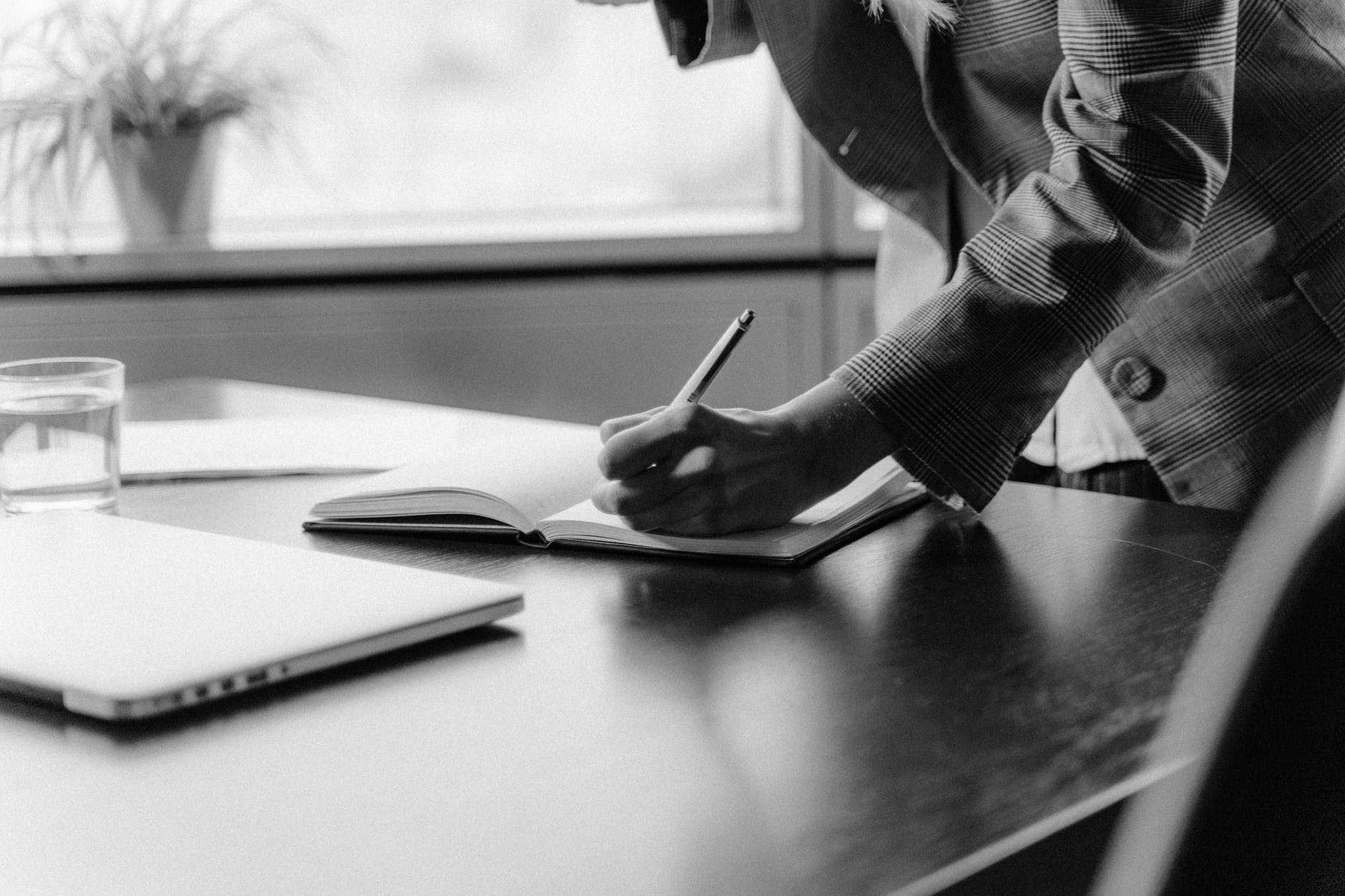 Cohen J heard applications made by both husband and wife following the handing down of judgment after a final hearing between the parties in March 2020. He gave two separate judgments.

In March 2020, Cohen J handed down judgment (FRB v DCA (No. 2) [2020] EWHC 754 (Fam)), “No. 2”) following a final hearing of the parties’ cross-applications for financial remedy orders. The husband (“H”) and the wife (“W”) were both the children of extremely wealthy Indian families, and each said that the other family was worth £2 billion or more. The effect of Cohen J’s order in March 2020 was that H should pay W £64 million, comprising the matrimonial home, mortgage free (worth £15 million), and a lump sum by instalments totalling a further £49 million. The parties then both made further applications arising out of the order made in March 2020.

At the hearing in March 2020, H made an informal application for Cohen J to defer handing down judgment on the basis that the economic effects of Covid-19 were such that the basis of the order was likely to be fundamentally undermined and that the court should not make any final order, but should adjourn the case until September 2020. That application was refused.

In No. 2, Cohen J had expressed anxiety about the paucity of evidence as to liquidity. In his judgment, Cohen J raised the possibility of there being a transfer of assets between the parties so that H had the option of converting some of the award he had to pay from cash into shares, but H chose not to take up that invitation at the hearing in March 2020. Indeed, H himself volunteered the following dates for payment, which were ordered:

Cohen J also ordered that pending payment, H should pay certain bills and expenses relating to the FMH (including the mortgage repayments) and periodical payments to W at the rate of £720,000 pa, to be reduced pro rata by the proportion of the £49m which had been paid to her.

Since the order was made, H had not paid anything at all in respect of the lump sum, nor had he transferred the FMH or redeemed the mortgage. However, he had paid the periodical payments as ordered.

Two days before the payment of the first instalment of the lump sum and redemption of the mortgage were due, H applied to vary the order both as to overall quantum and as to time for payment. He also subsequently applied for an order that decree nisi be made absolute, although that application was not proceeded with and Cohen J considered that it should be dismissed.

H’s application to vary was put on the basis of a variation, or alternatively, that the lump sum provision be set aside and requantified on a Barder event basis. H stated that a large proportion of the assets ascribed to him by Cohen J at the final hearing were held in countries or underpinned by businesses which were among the hardest hit during the Covid-19 pandemic. However, H only provided figures for three quoted companies, and for the remaining assets, he did not seek to put any figures before the court. H also said there should be a complete revaluation of all the assets in the case (effectively a complete rurun of the whole valuation exercise), which would take six months to complete on the timescale put forward by H and would cost £300,000-£400,000 plus taxes and expenses. H also wanted to have input into the valuation process, which Cohen J considered to be an ‘inherently unsatisfactory prospect in the light of the findings that I made about H’s credibility’ [21].

Cohen J considered that ‘it would be exceptional for the court to vary the quantum of lump sums in circumstances markedly different to those that would justify a Barder variation’ [22]. It was held that it was ‘not proper for the court to accede to H’s application to vary the application on macro-economic grounds’, and that if H wished to assert that there had been a fundamental change in his worth so as to justify a reopening of the inquiry, then ‘it is up to him to provide prima facie evidence’ [26]. It was ‘significant that H has chosen not to provide the material which I regard as crucial’ [27]. There were no trading figures, no profit and loss accounts, no underlying documentation, and no valuations: ‘in short there is an almost complete absence of matter which could establish or even raise a prima facie case for the court to be satisfied that there are grounds for belief that H’s wealth has been significantly reduced’ [27]. H had also given no indication of what he was worth and what he could pay and when.

Additionally, Cohen J noted that the ‘major stock market indices are now at a high level and have rebounded to above their pre-Covid-19 levels’ [30]. It was essential to view H’s application in the long term as well as in the short term.

H’s application was therefore dismissed. H had ‘not shown a proper basis for reopening the award’ [31].

W asked for her maintenance to be increased to £2.5m pa, based on the addendum to the No. 2 judgment where for the purposes of enforcement under the Lugano Convention, Cohen J fixed her maintenance need at £2.5m pa subject to a multiplier of 9. Cohen J clarified that he was not saying that that level of income was appropriate to meet W’s day-to-day expenses, and certainly not on an interim basis. H pointed out that W had been living off a lesser sum than the £60,000 pcm which Cohen J provided her with (together with £5,000 pcm in child maintenance), but W said that was only because the Covid-19 restrictions had severely limited her lifestyle.

W also asked for interest on all three unpaid lump sums. Cohen J bore in mind that the current rates of interest are less than the 4% which H was ordered to pay, but also that if W had received her award, she would have had the opportunity to invest it and could have made more by way of return given the rising stock market.

Ultimately, Cohen J held that H should pay 4% pa on the second tranche of £30m, but that no interest should be attached to the first tranche (because H would continue to pay the mortgage on the FMH and W was not in reality being kept out of that element of her award), nor the third tranche (which liability had only arisen because of H’s non-payment of the second tranche, and which would otherwise only be payable from 30 September 2021).

Cohen J stated that H ‘does need to be given an incentive to make payment’, and said that W’s maintenance pending suit should be increased by £1.2m pa, in addition to what would otherwise be payable under the order, backdated to 30 September 2020 [41]. Little weight was given to the fact that H said his income had been reduced to £1.89m. Cohen J was satisfied that the sum he was awarding was payable by H without leaving H in a situation of need. He noted that H had recently chosen to take a lease on an apartment in one of the most prestigious and expensive blocks in Monte Carlo.

H argued that no order should be made on the basis that W could get the money from her parents, could borrow against ‘Property 11’ in London, and could have, if she had wished, had the FMH transferred to her, which would have given her the ability to use it as security to obtain a loan from a commercial lender.

W said her parents were not willing to provide her with funds, and Cohen J saw no reason why they should. He also found that Property 11 was not available to her to borrow against since it was her parents’ (although it was registered in W’s name) and was not an asset she had received any benefit from. He also pointed out that it was not surprising that W found H’s offer regarding the transfer of the FMH unattractive: H offered to transfer the FMH, but leaving it subject to a mortgage (on the terms that H would borrow €6m against a property in France held in the parties’ joint names, use €4.9m of that sum to discharge about a third of the mortgage on the FMH, and provide €1.1m to put towards W’s costs), in exchange for which he expected W to transfer to him all her interest in the French property. Cohen J noted that under his order W was only to transfer the French property to H after he had made all the payments that were due from him.

Cohen J was of the view that it would be entirely inappropriate to expect W to charge what little money/assets she had when H had been found to be wealthy and deceitful, and when he had failed to pay any part of the lump sum. In respect of money in her bank account, he considered that W ‘should not be expected to denude herself of all funds’ [52]. Cohen J accepted W’s evidence that she had drawn a blank with three well-known commercial lenders and had no other source of funds.

H was therefore ordered to provide:

The question of costs in the financial remedy proceedings was adjourned.

Cohen J gave the No. 4 judgment to supplement No. 3, having left open certain issues pending receipt of further argument from the parties’ counsel.

W said that the increase of £1.2m pa simply provided that she would receive some of her award earlier than would otherwise be the case, and provided an incentive for H to pay that which he should have already paid. H said that Cohen J had no jurisdiction to make an order for payment of a sum reflecting the interest due on the lump sum as it did not become payable until there was decree absolute.

Cohen J held that there was no statutory bar on varying the order for periodical payments, and that it was not a misuse of the court’s powers to vary the maintenance order in circumstances where he found H had to means to make the payments towards the lump sum, and where he had paid not one penny, nor made any proposal for payment. H needed an incentive to pay.

Since W would be receiving a sum in lieu of the interest that would otherwise accrue, Cohen J held that the payment of interest on that must cease to be payable, or W would receive the sum twice.

Cohen J ordered H to pay the arrears from the backdated element of his award in four equal monthly instalments, which was within H’s means.

H proposed that he should pay £150k towards W’s total claim of £810,842. Cohen J remained of the view that H should pay W the necessary sum to cover her outstanding costs from previous proceedings, and that he should receive credit for that payment against the first tranche of the lump sum that he paid.

Although the backdating of the increased maintenance award would create a fund when the arrears were paid, it would not be sufficient to cover both W’s past and future costs, and it was fair that she should be entitled to preserve a capital fund which was modest compared to H’s resources.

Regarding the costs of the artwork dispute and the Children Act proceedings, Cohen J held that one half of the increase in periodical payments should be put by W towards her forthcoming costs, and that the other half should be available to her to use at her discretion. This was because, provided that she received the increased periodical payments (in the sum of c. £63.3k pcm), she would be in a position to make a contribution towards her own costs.