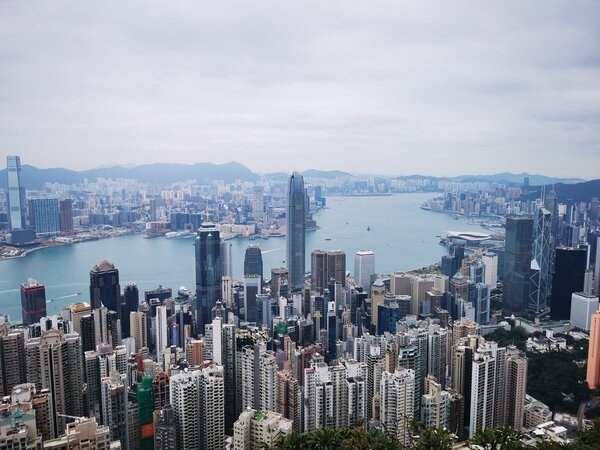 In this case Sir Jonathan Cohen (‘the judge’) had to determine the ambit of the applicant wife’s (‘W’) claims for financial remedy orders. Specifically, this concerned whether the English court had jurisdiction to determine W’s maintenance claim, given the effect of Council Regulation (EC) 4/2009 (‘the Maintenance Regulation’).

W accepted that she was prohibited from making a maintenance claim pursuant to Art 3(c) of the Maintenance Regulation, but argued that Arts 4, 5 and 7 did provide a route for her claim.

The respondent husband (‘H’) disagreed, arguing that none of the aforementioned articles would allow W to make a claim for maintenance, meaning that W’s claim would be restricted to sharing and contribution.

W is a British National aged 57. She lives in the Philippines. H is a French national aged 51 and living in Hong Kong and mainland China where he works as an airline pilot.

In January 2020 W issued a divorce petition in England founding jurisdiction on the basis of domicile. This was the only basis open to her, since neither party was habitually resident in England and she alone had British nationality.

H accepted W’s grounds of jurisdiction, a decree nisi was pronounced in August 2020 and W issued a Form A in May of that year seeking various remedies including periodical payments.

In his Form E H did not take a point on the jurisdiction for periodical payments, instead suggesting that an award of maintenance might be necessary.

However, one week before the FDA H made clear that he would be opposing the maintenance element of the claim on the basis of Art 3(c).

Art 3 provides that jurisdiction in respect of maintenance will lie with the court:

W argued, notwithstanding her acceptance that Art 3 provided a prima facie bar to her claim for maintenance, that Arts 4, 5 and 7 provided her with a permissible route.

Where no court of a Member State has jurisdiction pursuant to Articles 3, 4, 5 and 6, the courts of a Member State may, on an exceptional basis, hear the case if proceedings cannot reasonably be brought or conducted or would be impossible in a third State with which the dispute is closely connected. The dispute must have a sufficient connection with the Member State of the court seised.’

The judge noted that this provision had to be read in conjunction with recital 16, which noted that, under, forum necessitatis, a court could exceptionally hear a case where proceedings proved impossible in the relevant third state. The circumstances envisaged seem to set the bar high for what could constitute exceptional circumstances, with the example given of there being a civil war in the third state. Further, some connection with the court would need to be established, such as the nationality of one of the parties.

Counsel for the parties were only able to find one case which referred to Arts 4, 5 and 7: Baldwin v Baldwin [2014] EWHC 4857 (Fam), in which Parker J found that W could not have reasonably applied in overseas states to which she was connected and could not seek to divorce in England and Wales since she did not satisfy any of the criteria. Accordingly, W was without access to justice in that case and Parker J found that there was jurisdiction under Arts 4, 5 and 7. The judge considered this to have been a set of very different circumstances to those of the instant case.

The judge then considered W’s case on where she could have brought proceedings, i.e., whether her circumstances were indeed ‘exceptional’ within the meaning of Art 7. W argued that divorce was unavailable in the Philippines and that she had taken advice in Hong Kong which was that she could not bring her claim there either.

The judge was critical of the fact that no expert evidence had been placed before him as to the availability of other routes of redress for W in alternate jurisdictions. He accepted that divorce did not seem to be available in the Philippines but was not presented with information which could have provided grounds for a finding on the availability of maintenance, for instance. Similarly, he did not have adequate information on remedies in Hong Kong or in France. In this evidential void he would have struggled to find that W was genuinely unable to make a claim in another jurisdiction.

However, the judge considered that this was likely a moot point, since the language of Art 3 seemed to preclude any application in this case by way of Arts 4, 5 or 7, since it starts with the sentence: ‘Where no court of a Member State has jurisdiction pursuant to Articles 3, 4, 5 and 6 …’

The judge was of the firm opinion that the English court did in fact have jurisdiction under Art 3, which meant that the other articles could not operate.

W argued in response that because the effect of Art 3(c) was that the English courts had jurisdiction in relation to W’s capital claims, but not her maintenance claim, W had no ability to have her maintenance claim heard. The consequence of this, W suggested, was that she had to have recourse to Art 7 and forum necessitatis in order to get access to justice.

The judge dismissed this argument, deciding that Art 3 could not be read sufficiently broadly to allow for W’s interpretation.

Art 4 provides that jurisdiction may be founded on the basis of an agreement between the parties as to the correct jurisdiction. Such an agreement must be in writing. The judge swiftly dismissed the submissions on this ground, since W did not contend that there had been any such written agreement.

Art 5 provides that jurisdiction may be based on the appearance of the defendant:

‘Apart from jurisdiction derived from other provisions of this Regulation, a court of a Member State before which a defendant enters an appearance shall have jurisdiction. This rule shall not apply where appearance was entered to contest the jurisdiction.’

The judge considered the commentary to this in the Family Court Practice 2021, which noted that jurisdiction can be founded by the appearance of the defendant before the relevant court, so long as that appearance was not simply made to contest jurisdiction. For instance, an acknowledgement of service to a divorce petition would not amount to ‘making an appearance’, but the acceptance of a direction in an MPS application to file a statement of means would, per Baldwin v Baldwin (supra), since this second action seemed to involve acceptance of the premise that the English court had jurisdiction to order maintenance.

The judge then went on to consider H’s behaviour in relation to the proceedings to determine whether he could be said to have made an ‘appearance’. In particular, the judge considered H’s filing of his Form E in response to the standard directions, and whether H could thereby be said to have evinced an acceptance of jurisdiction in relation to maintenance.

In contrast to Baldwin, there had been no claim for interim provision, and so H had not been faced with a direction to file a statement of means. Further, although H had filed a questionnaire, none of the questions demonstrated an underlying acceptance of maintenance jurisdiction.

W also sought to argue that, because H gave notice only one week before the FDA that he would be contesting jurisdiction on maintenance after all, he should be taken to have accepted jurisdiction prior to that. W relied on the provisions of the CPR by analogy, which emphasise that objection to jurisdiction must be taken at the earliest opportunity.

The judge was not convinced by either of these arguments in relation to Art 5. He did not consider that H had made an appearance via his Form E, nor that his delay gave rise to a presumption of acceptance of jurisdiction. He was also not sympathetic to W having spent £18,000 between the filing of her Form A and the FDA, since he considered that most of this money would have in fact been spent in relation to W’s capital claims.

The judge therefore held that there had been no active or passive acceptance of jurisdiction with respect to maintenance. He concluded that Arts 4, 5 and 7 were of no use to W and that Art 3 bound the court and had the effect of limiting W’s claim in respect of maintenance.