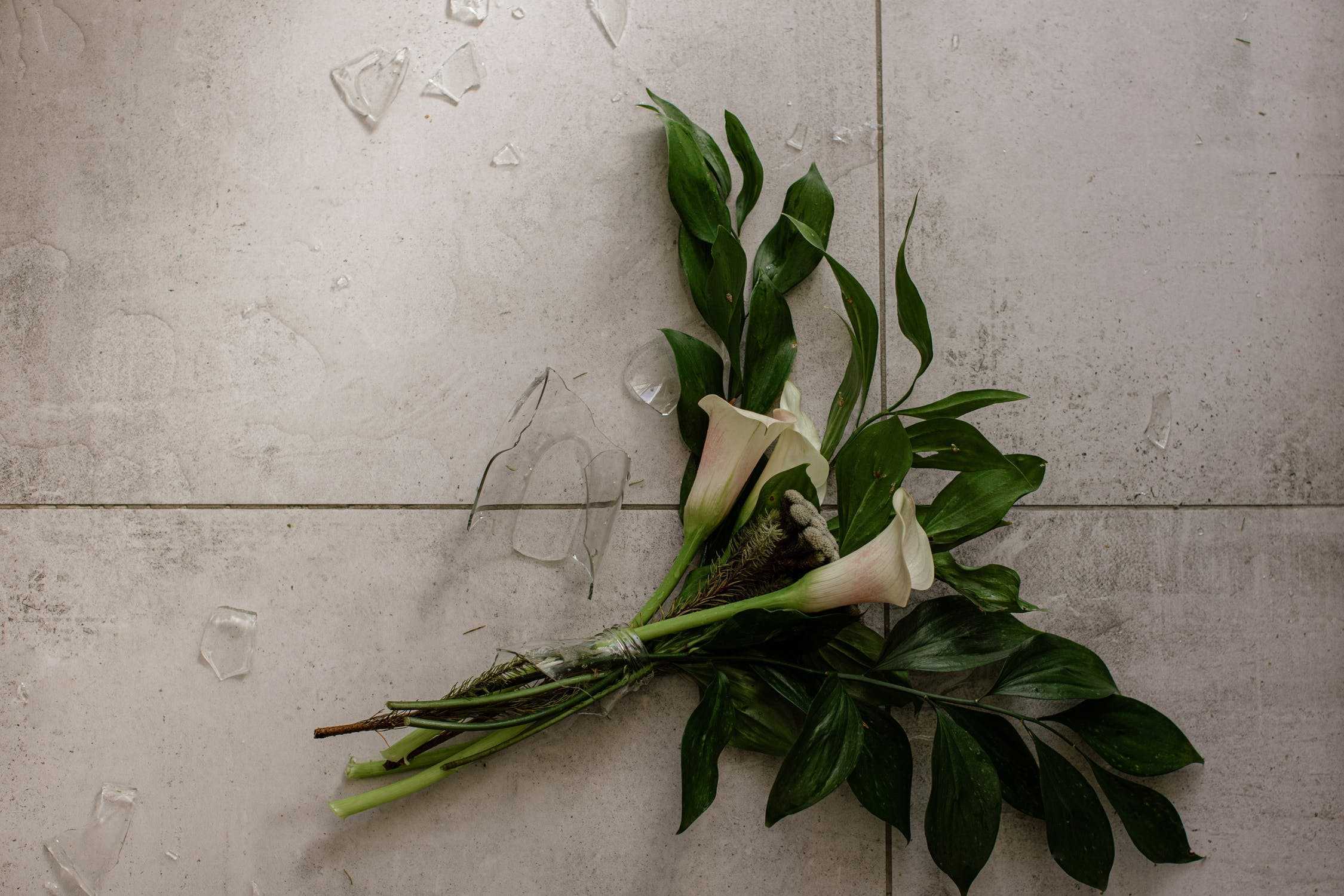 Roberts J considered a second application made by MT (“H”) for a legal services payment order (“LSPO”) against VA (“W”), pursuant to s22ZA of the Matrimonial Causes Act 1973. H sought £95,000, of which he proposed to use £58,000 to clear the arrears of costs which he owed to his solicitors, with a view to bringing them back on board for further advice and assistance. He argued that he would use the balance of the award he sought to secure that ongoing assistance. A ten-day final hearing was listed for June 2021.

As a result of H’s first application for a LSPO, issued in January 2019 (when the financial proceedings began), W was ordered to pay him a sum of £150,000. That sum was intended to be sufficient to fund H’s representation through to the conclusion of the FDR hearing. W unsuccessfully applied for permission to appeal that order.

H was aged 40, and W was aged 38. They were both raised within wealthy families. They had two children together, aged 7 and 3. They married in May 2011, and entered into a formal prenuptial agreement beforehand. W issued a divorce petition in June 2018, and decree nisi was pronounced in November 2018.

The parties’ wedding ceremony was part of a three-day celebration which cost several million pounds. It was paid for by W’s family. At the time, W’s father was reputed to be a multi-billionaire as a result of his business dealings in the field of international mining. Throughout the parties’ marriage, they were supported financially by one or more of four offshore family trusts which had been set up by W’s father as vehicles for holding and managing family wealth. However, in April 2018, W’s father was adjudged bankrupt, although he was subsequently discharged from bankruptcy.

W and her two siblings (“the claimants”) were involved in a substantial piece of litigation against a national Government (“the respondent”) concerning the failure of a mining project which had formed part of their father’s commercial business undertakings. The principal trust (for these purposes) in the offshore trust structure set up by W’s father was the PD Trust.

The claimants sought compensation for damages suffered as a result of an alleged breach by the respondent of an international agreement. They alleged that the respondent, as a result of various acts and omissions, had delayed and eventually rejected the granting of mining and other exploration permits, which resulted in the extinction of mining rights which they held through the trust, and the expropriation of the value of a mining project. Their claim was based upon a recovery of (US) $3.5 billion.

W maintained that, notwithstanding the potential resource which her share of the claim represented, it was not relevant to any extant financial claims which H might have because of the terms of the prenuptial agreement, the effective length of the marriage, and the absence of any contribution by H to the accumulation of wealth within the wider family’s commercial enterprises.

The litigation and the platform it provided for a very substantial award of damages were seen as a ‘litigation asset’ within the family. At one point, H suggested that W’s one-third share of any damages would be $27.5 million. That was based upon a potential value he had extracted from ‘borrowing’ which had taken place against that litigation asset.

At the beginning of 2018, an entity had agreed to advance W and her siblings a sum of $5.5 million against their recovery on the claim. W received a payment of $1.833 million. In September 2018, there appeared to have been an attempt to raise a second round of borrowing against the claim, but there was no suggestion that W benefitted personally from a second loan of $11 million which was referred to in the papers.

H claimed there were a number of deficiencies in relation to W’s disclosure regarding the application of the $1.833 million she had received. She said she had used c. $1 million to pay off debts H owed, and that she had gifted $500,000 to her mother. W said she had truthfully presented both her current financial circumstances and the means by which she had applied the entirety of the funds she had received as an advance.

By the time of this hearing, there had been developments in the offshore litigation. The claimants’ US lawyers had sent a letter in which they said that a hearing had taken place in early 2020 and that the Tribunal had upheld the respondent’s objection to jurisdiction, and had ordered the claimants to bear 70% of the costs of the arbitration incurred by the respondent. W’s share of those costs was over $1.36 million, although there was nothing in that letter to indicate whether W was exposed to any personal liability for those costs under the terms of the contingent fee agreement which had been agreed with the claimants’ lawyers. A copy of the Arbitral Award confirmed that the Tribunal had agreed with the respondent that it lacked jurisdiction to consider the claim.

W said that this letter effectively confirmed that this was the end of the road as far as the potential claim against the offshore respondent was concerned. H argued that it was only a decision on jurisdiction and that the Award did not deal with the merits of the claim at all. He also referred to the fact that an appeal had already been lodged by the claimants, suggesting that having already spent just under $30 million on the litigation, the US lawyers appeared to be willing to invest more, which was inconsistent with W’s case that the offshore litigation had run its course.

Roberts J considered that the Tribunal’s decision in the offshore litigation ‘has clearly delayed any possibility of a swift resolution of the English matrimonial claims in line with W’s offer’ [56]. She was satisfied that the option of seeking legal advice on the options going forwards, following the developments in the offshore litigation, was not open to H ‘in the absence of further provision’ [57].

In order for H to be able to respond to W’s open proposals for settlement, which was the ‘obvious next step if the parameters of the ongoing dispute are to be defined’, Roberts J was persuaded that H needed to take legal advice in relation to his position [66]. She was also persuaded that ‘absent a contribution from W, he does not have the means to procure that advice from his own resources’ [67]. He was not a viable candidate for a commercial litigation funding arrangement because he had no disposable income, and no security to offer a potential lender. Additionally, his solicitor was not in a position to enter into any form of Sears Tooth arrangement.

Roberts J was satisfied that H required an element of funding beyond the unsuccessful conclusion of the FDR hearing, and considered that ‘clear, focussed legal advice at this stage has the potential in the circumstances of this case to narrow rather than broaden the issues which are currently preventing a settlement’ [67]. She felt that it was ‘an investment which may well avoid the need for ten days of expensive litigation in June next year’ [67].

In terms of the criteria which had to be considered under s22ZB, Roberts J reached the following conclusions.

Throughout the marriage, W, through her family, had had indirect access to very significant wealth and to a standard of living which the parties, through their individual efforts, would not have enjoyed. W’s father’s bankruptcy had been discharged, and he had an income of £8,000 pcm. W confirmed that her parents were subsidising her lifestyle and that of the children, and that family loans were meeting the children’s school fees. Roberts J noted that she was encouraged to take a robust view in making assumptions about a payer’s ability to pay.

W clearly had her own financial needs and obligations. In addition to the funds she had borrowed from family and friends, she owed c. £80,000 in legal fees to her solicitors, and she also owed money to a direct access barrister.

The subject matter of the proceedings, including the matters in issue

The subject matter which underpinned the case and the offshore litigation was complex. H ‘should be entitled to take advice in relation to these matters if only to inform the terms of any offer he might make to settle the matrimonial litigation’ [76].

Whether the paying party is legally represented in the proceedings

Throughout the early part of the proceedings, W had employed the services of London magic circle firms and senior counsel. She had been a litigant-in-person at this hearing, as had H. H made it clear that he was not seeking an award which would take him to a final hearing, but that for the purposes of this application, he wished only to clear his indebtedness and put his solicitors in funds to assist him with advice and the drafting of a response to the evidence of W and her father (including a questionnaire).

W’s conduct in relation to the proceedings

W had made open proposals to settle the litigation, which were predicated on the basis of success in the offshore litigation. The evidence which she and her father had filed was necessary to meet the case which underpinned H’s arguments in relation to contributions. She could not be tarred with the brush of litigation misconduct.

The effect of the order on the paying party

There was ‘ample evidence in this case that financial support from immediate or extended family members or friends has been, and continues to be, made available for W’ [79]. Although the court was not in a position to reach any final conclusions or findings in relation to the underlying reality of W’s family’s finances, or the extent to which the presentation which had been made to the court was true, ‘[t]hat by itself is no impediment to an award under s. 22ZA of the 1973 Act if the court is satisfied that there are available resources to fund such an award or that resources are more likely than not to be made available for these purposes’ [79]. Roberts J reached ‘a clear conclusion that the financial largesse she [W] has enjoyed to date is likely to continue from whatever source or sources it has historically come’ [81].

Roberts J was satisfied that ‘the legal advice which is required in the developing circumstances of the offshore litigation justifies a further limited award in H’s favour and that W’s current circumstances are such that she will be in a position to procure the funding to meet it’ [82]. She did not consider that W would thereby ‘be exposed to undue hardship or prevented from obtaining her own legal advice’ [82]. The case had reached a point where the scope of the issues had narrowed sufficiently to enable both parties to take a realistic view of the parameters of a settlement acceptable to each of them, and they needed legal advice to inform the future direction of travel of the litigation.

Roberts J therefore ordered W to pay H £95,000 as a second LSPO. That sum was to be paid to H’s solicitors in two instalments. £58,000 was to be applied towards the discharge of H’s outstanding costs, and the balance was to be used for the purposes of funding ongoing legal advice in relation to the next steps in the proceedings, including overall settlement.