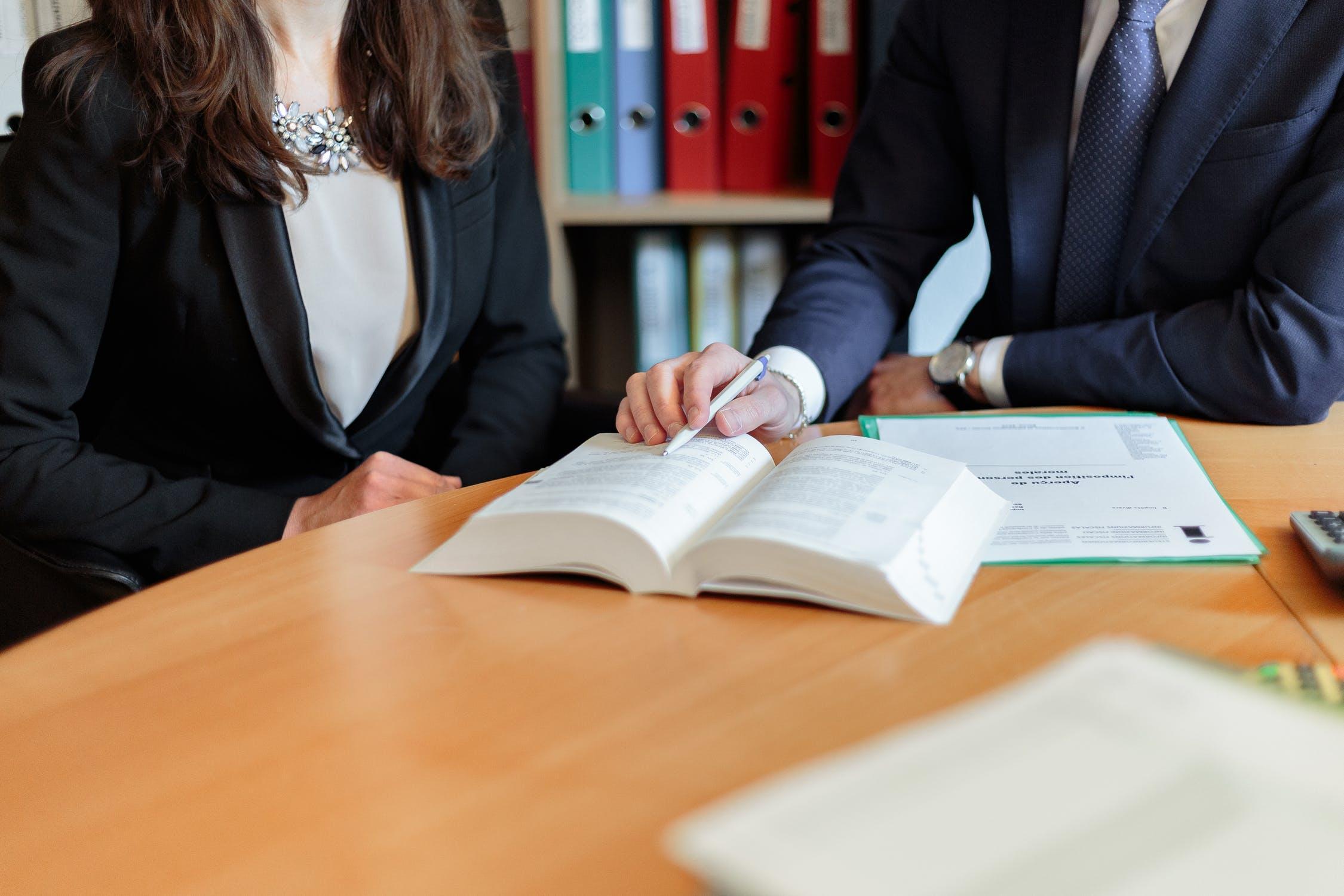 In the course of financial remedy proceedings, the parties had obtained a company valuation from an SJE. Sir James Munby considered whether various documents, including the transcript of the FDR hearing, should be disclosed in civil proceedings brought by the husband against that SJE.

In her suit for divorce, Ms W had made an application for financial relief against Mr V. In March 2018, Roberts J had made an order providing for the instruction of Mr A, of firm XYZ, as an SJE to value a company called S. Under that order, Mr V alone was to be responsible for paying Mr A’s fees (which it was agreed would not exceed £75,000, including VAT). The report was received on 5 June 2018, and on 7 June 2018, an FDR hearing took place before Moor J. In December 2018, Roberts J made a ‘clean break’ order. Decree nisi was made absolute in January 2019.

In April 2019, XYZ issued a claim form in the County Court Money Claims Centre against Mr V. It sought payment of its unpaid fee of £75,000, plus interest. On 22 April 2019, S, which was by then insolvent, entered into a USA Chapter Eleven bankruptcy.

On 12 June 2019, Mr V filed his defence and counterclaim in those civil proceedings. He denied liability, and alleged that Mr A’s valuation was one which no reasonably competent valuer could have reached, and that Mr A had been negligent. He also claimed as damages the difference between the sums which he was obliged to pay under the order of Roberts J, and the amount which he said he would reasonably have had to pay if the value of his interest in S had been assessed correctly.

On 20 June 2019, Moor J heard an application from the solicitors acting for XYZ, who wished to have a copy of the transcript of the FDR. They said that Mr V had made representations to XYZ about what was said during the FDR by Moor J, and that Mr V intended to rely on what was said by Moor J. The application was refused, because PD9A paragraph 6.2 says that:

‘…evidence of anything said or of any admission made in the course of an FDR appointment will not be admissible in evidence, except at the trial of a person for an offence committed at the appointment or in the very exceptional circumstances indicated in Re D.’ (i.e. Circumstances involving the safeguarding of children or others.)

On 12 July 2019, XYZ filed its reply and defence to counterclaim, in which it disputed Mr V’s allegations.

On 19 May 2020, Mr V was ordered to issue any application to the Family Division for permission to rely on a transcript of the FDR hearing within 14 days. That application (“the disclosure application”) was made on 27 May 2020. Mr V sought permission to disclose certain specified documents as part of his defence to the civil proceedings.

In his witness statement, Mr V had explained that he required the documents he sought to have disclosed in order properly to defend the civil proceedings, and, in particular, to enable him to amend his defence and counterclaim. He identified eight classes of documents, which ran to 260 pages in total. Six classes related to the FDR.

Mr V attached a draft amended defence and counterclaim to his further witness statement. His case had changed drastically. Although his case in relation to the alleged negligence remained essentially unchanged, he proposed to plead that Mr A’s report was of no value to him, so that there was ‘accordingly a total failure of the basis of the contract’, and ‘any payment of the alleged fee of £75,000 or any part of it…would be wasted expenditure’. Mr V counterclaimed £75,000 as wasted expenditure, and also made a counterclaim for damages, including the cost of lawyers’ fees for considering Mr A’s report.

The judge did not understand the legal basis of the draft amended pleading. Ignoring the issues in relation to negligence, the draft amended pleading took as a separate point the facts that the report was not relied upon or taken into account and was essentially ignored, that it was accordingly of no value whatsoever, that to pay for it would be wasted expenditure, and that there had accordingly been a total failure of the basis for payment of the price.

In response, the judge asked: ‘Why should the fact that, after delivery of the Report, the parties chose to “ignore” it (if fact it be) of itself exonerate Mr V from paying for it? Just because the party who has commissioned the work chooses after delivery not to take advantage of the contractor’s work, why should he not have to pay for it?’ [21].

Separately, it was not obvious why there was any need to plead what took place at the FDR. The FDR had been inconclusive and had generated no agreement, and Mr V’s argument that the report was ‘not included, relied upon or taken into account in any way in the negotiations and compromise reached and order made’ plainly related to the period after the FDR. In addressing the question of whether the test for disclosure was satisfied, the judge felt he had to take into account to what extent the disclosure sought was actually needed by Mr V to support some legally sustainable defence or counterclaim in the civil proceedings (a point taken by XYZ in their reply).

‘In order for the FDR to be effective, parties must approach the occasion openly and without reserve. Non-disclosure of the content of such meetings is vital and is an essential prerequisite for fruitful discussion directed to the settlement of the dispute between the parties. The FDR appointment is an important part of the settlement process. As a consequence of Re D (Minors) (Conciliation: Disclosure of Information) [1993] Fam 231, evidence of anything said or of any admission made in the course of an FDR appointment will not be admissible in evidence, except at the trial of a person for an offence committed at the appointment or in the very exceptional circumstances indicated in Re D.’

Mr V accepted that he could not bring himself within either exception. However, he submitted that the words ‘will not be admissible in evidence’ should be read as meaning ‘will not be admissible in evidence in either the financial proceedings or those concerned with the same subject matter’. The judge thought that the difficulty with this interpretation was that if it was correct, then the whole of the concluding part of the paragraph, beginning with the word ‘except’, was otiose.

A Practice Direction cannot bind the court if it is wrong in law. However, the judge thought that paragraph 6.2 was ‘entirely consistent with the remainder of the statutory provisions providing for and regulating the FDR’, and he could not identify ‘any respect in which it might otherwise be said to be wrong in law’ [33].

Consequently, the judge thought that he was bound by PD9A paragraph 6.2, and that ‘accordingly it operates as an absolute bar to any attempt by Mr V to make use of anything said or done at the FDR in support of his defence and counterclaim in the civil proceedings’ [34]. Mr V’s application for disclosure of the first six classes of documents, all relating to the FDR, was therefore dismissed.

Mr V’s counsel said that to deny Mr V recourse to the evidence of what took place at the FDR would deny him a fair trial. The judge held that that was precluded by R v Derby Magistrates’ Court ex parte B [1996] AC 487, in which the effect of the operation of the rules in relation to legal professional privilege was to prevent a man charged with murder relying on evidence which, it was said, might assist him in his defence. Furthermore, to deny the use of such material would not breach Article 6 of the ECHR because in General Mediterranean Holdings SA v Patel and Another [2000] 1 WLR 272, Toulson J said (at 295-296): ‘Article 6 gives every person a right to a fair trial, but I do not accept that it follows as a general proposition that this gives a right to interfere with another person’s right to legal confidentiality.’

XYZ had raised the possibility that Mr V had acted in contempt of court. Mr V asked how he was supposed to answer the charge and defend himself if he was not permitted the disclosure he sought. The judge noted that a ‘somewhat similar difficulty arises in cases where the need for a solicitor or barrister to defend a claim for wasted costs mounted by the other side is hindered or stymied by the lay client’s refusal to waive legal professional privilege’ [39].

However, the judge understood Mr V’s position to be that when he verified his original pleading, he was acting honestly on the basis of his honest recollection of what had happened. He would not be prevented from continuing to take that position if the FDR documents were not disclosed, although he would be prevented from attempting to back up that position by going to those documents. He would then be in ‘precisely the same position as the lawyer hobbled in his defence to a claim for wasted costs’, as a result of which the court ‘would have to make every allowance, giving him, as Sir Thomas Bingham MR said [in Ridehalgh v Horsefield & Anor [1994] Ch 205], the benefit of any room for doubt’ [41].

Disclosure of documents filed or lodged in the court office

The court still had control over documents filed or lodged in the court office, and permission pursuant to FPR 29.12(1) was therefore required to disclose them. That rule is supplemented by the ‘implied undertaking’ by parties not to use information disclosed to them in financial remedy proceedings for any other purposes (see Clibbery v Allan [2002] EWCA Civ 45).

In General Mediterranean Holdings SA, Toulson J said that: ‘Generally, rights of confidentiality have been held to be subject to a qualification that the confidant may be required to disclose confidential information in the course of litigation if it is necessary for the fair disposal of the case’ (at 281). However, the judge thought that this ‘sets the bar too low’ for financial remedy proceedings [53]. That was because financial remedy proceedings are different from ordinary civil proceedings: they are inquisitorial, and there is an all-pervasive and continuing duty of full and frank disclosure which attaches to both parties throughout all stages of the litigation until a final order is made.

Indeed, Coleridge J said in HMRC v Charman and Charman [2012] EWHC 1448 (Fam) at paragraph 22 that: ‘…As a general rule documents and other evidence produced in ancillary relief proceedings…are not disclosable to third parties outside the proceedings save that exceptionally and rarely and for very good reason they can be disclosed with the leave of the court. The fact that the evidence may be relevant or useful is not by itself a good enough reason to undermine the rule’.

The judge was not convinced that Mr V passed even the low bar set by Toulson J. He was ‘wholly unpersuaded’ that the disclosure of the documents sought was necessary for there to be a fair disposal of the civil proceedings and for Mr V to have a fair trial. This was because: