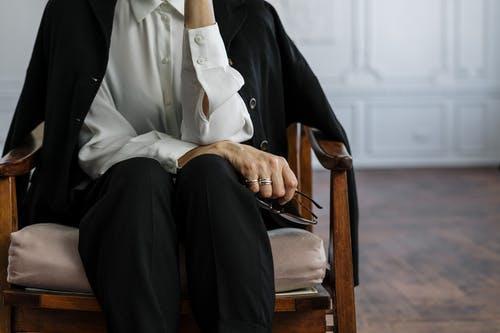 Mostyn J considered childlessness, duration of marriage, and approaches to company valuations in this application for financial remedy.

The parties became engaged in September 2016, and married on 20 June 2017. However, there was some dispute about when they commenced cohabitation; W said they began to cohabit in January 2016, but H says there was no cohabitation until marriage.

W was a housewife who had dabbled in various careers such as modelling, and working as a proprietor of a lingerie, nightwear and swimwear shop.

H was a very successful production manager for live music events specialising in audio and visual effects. H had an interest in six businesses. The value of H’s interest in five of these businesses was just c.£365,000 and of little consequence to the outcome of the case, but much of the disagreement between the parties centred on the sixth company; Company A. Company A was the overwhelmingly important business entity, and the parties were unable to agree a value for it.

W claimed that they finally separated in December 2019. H said that the final separation occurred in October 2019, albeit that the parties had previously separated twice, in Spring 2018 (for two months) and in winter 2018/2019 (for nearly four months).

Since separation, W has been living in a flat in West London that she purchased in 2002. H had given W circa £630,000 to pay off the mortgage in March 2019, but she took a fresh mortgage to fund her legal costs.

W issued her divorce petition and application for a financial remedy in March 2020. Decree nisi was produced in October 2020.

The difference between the parties was “extraordinary”. The main reason for the disparity was that H maintained that because this was a short, childless marriage, it was not a case for sharing the marital acquest. Instead, any award received by W should be confined to very conservatively assessed needs.

W’s open position was that she should be paid a lump sum of £5.5m. This was her calculation of half of the marital acquest, which was based on the valuations provided by the Single Joint Expert, Roger Isaacs.

All three experts gave evidence in a video hot-tub session.

Ultimately, nearly £900,000 in costs had bene incurred in a case where H said that his liability was two thirds of that amount, and where Mostyn J found the overall assets to be £9.2m.

Mostyn J questioned why the absence of children should, in a short marriage case, militate against an equal sharing of the marital acquest. As the sharing principle looks to the value accrued during the course of a marital relationship, and deems the parties’ incommensurable contributions to be of equal worth, why should the presence of children make a difference?

When applying the sharing principle, it is “not merely invidious, but extremely dangerous, for the court to attempt an evaluation of the quality of a marriage or the arrangements within it”. To do so “will inevitably trigger subconscious discriminatory practices”. [28]

Mostyn J held that when a court is undertaking the application of the sharing principle it should “start and invariably finish with the proposition that a marriage is a marriage”. [28] For a court to start asking why there are no children, and whether this denotes a lesser extent of commitment to the relationship, “is to make windows into people’s souls, and should be avoided at all costs”. [29]

As a result, it was Mostyn J’s judgement that childlessness “should be banished from any consideration of whether there should be a departure from the application of the equal sharing principle”. [34]

Shortness of the marriage

The statutory factor of the duration of the marriage will be reflected anyway, because in a short marriage the accrual will almost inevitably be less than in a longer marriage.

There is, of course, a possible exception to this. The exception applies to non-family assets generated by one spouse alone during a short marriage where those assets have been kept separate and where both spouses have been financially and independently active. The Court of Appeal acknowledged this exception in Sharp but specified that it would only apply in a “fringe of cases” (McFarlane at [75]).

Mostyn J held that the reason for such a rarity was plain. Such an exception is founded on the idea that the value of the contribution made by one spouse during a short marriage is worth more than the value of the contribution made by the other. As with the now discredited doctrine of special contribution, “this notion gives rise to the Orwellian oxymoron that all contributions are equal but some are more equal than others”. That there are discriminatory factors underpinning this notion, Mostyn J concluded, means that it must be confined to “extremely rare situations”. [46]

Excluding non-matrimonial property, however, does not conceptually involve a departure from the principle of equality. It simply excludes the fruits of a pre- (or post) relationship project. Whilst this is “plainly a legitimate technique to apply in any case”, it is especially so in a short marriage. [50]

Valuation of Company A

In the present case, the three accountants had generally adopted the same valuation technique. Namely, multiplicand times multiplier, where the multiplicand is the reasonably foreseeable future maintainable earnings, and the multiplier is the estimate of how many years of earnings a notional purchaser would pay for. The result is the enterprise value.

Therefore, held Mostyn J, a valuation is “no more than a guess…about a hypothetical future (albeit proximate) event”. [54]

When advancing a historic valuation, it is “an iron principle of pure valuation theory” that the valuer has to be transported back to the date of the valuation. They must then formulate their opinion using only the data available at the time. They are not allowed to use actual knowledge of subsequent events. [55]

In contrast, in financial remedy cases, actual knowledge of subsequent events is normally used in order to fix a historic value of the assets in question. “This is regarded by the valuation purists as little short of heresy”, but it is illustrated in a number of cases. [56]

Mostyn J concluded that he found it “a likely source of real injustice” for calculations to be undertaken to work out the scale of W’s award based on historic figures which, with hindsight, were shown to be completely wrong. It is not consistent with “a broad analysis of fairness”. [66]

The starting date for the purposes of calculating the acquest was found to be January 2016, by which point the parties were in a very serious sand committed relationship.

The end point was the time of the trial.

The acquest that arose in the period between January 2016 to June 2021 should be divided equally.

Mostyn J accepted Mr Taylor’s calculation for the enterprise value of the business at January 2016 of $5,067,000. He found that Mr Isaacs’ and Ms Hotston Moore’s calculations had been invalidated by hindsight. [90]

A figure of $10,860,000 was found to be a reasonable starting figure for the value of the business, but Mostyn J held that this needed to be substantially discounted for four reasons at [92-96]:

Mostyn J found that the overall discount to reflect all four factors was properly set at 45%. He achieved this figure by following a broad, discretionary, analysis of fairness.

The payment was to be on a clean break basis.