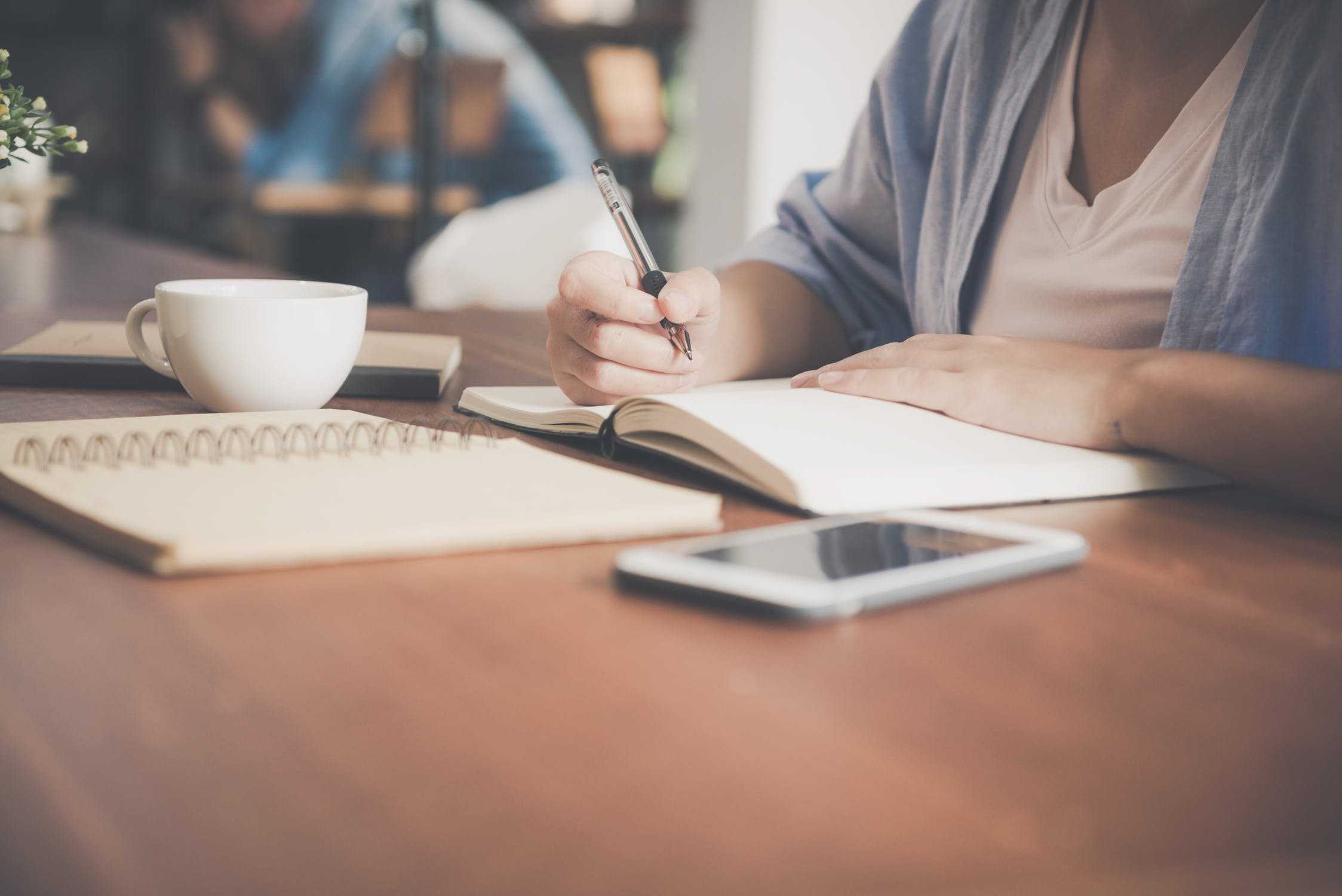 Mostyn J considered whether FPR r. 9.9A allows a set aside application to be made relying on facts which do not satisfy the terms of the traditional grounds.

Mostyn J heard an application made by CB (“H”) against EB (“W”) to set aside two consent orders made in 2010 and 2013. The issue to be determined was whether H’s application should be allowed to continue to a full merits consideration, or whether the grounds pleaded did not provide the court with substantive jurisdiction to entertain such an application any further.

H advanced his application on two bases in his particulars of claim:

H only advanced the second ground at the hearing, having conceded that the orders did not, in fact, remain executory. He also accepted that the facts of the case did not constitute a Barder event.

H was 65, and W was 63. H was a businessman and specialised in property development. At the time of the divorce his portfolio was valued at over £12m. H remarried in October 2015. W had been the homemaker for the family. There were two adult children of the marriage.

Baron J made a consent order for financial remedies in June 2010. However, an outstanding issue remained concerning RD Ltd, a property development company of which H was a director and shareholder. The company was developing two properties at the time, RH and BH, which were expected to realise between £2m and £6m in profits. It was arranged that W would receive payments upon the sale of those properties consistent with the overarching agreement for equal division of the assets. It was also agreed that there would be a £1m payment on account.

However, the properties did not sell, and W (by agreement) received only £750,000 on account. In 2012, she issued applications for enforcement and implementation of the 2010 order, and H then intimated a cross-application. Both applications were compromised in August 2012. In April 2013, Mostyn J directed that the dispute about the unsold development properties and the realisation of W’s share in them should be determined by a District Judge with a two-day time estimate. A compromise agreement was then reached in May 2013, which was embodied in a consent order made in July 2013. That order was expressed to be in full and final satisfaction of the parties’ respective claims, and a clean break was ordered.

In October 2016, BH sold for £5.495m, about £3m less than anticipated in 2013 (and also much less than the anticipated value in 2010). RH was repossessed by the bank and was under offer for £6.45m, also a much lower price than anticipated. H argued that this had had a catastrophic impact on him and had left him with net worth of only around £1m, while he said W had about £8.5m.

In November 2019, H therefore filed an application to ‘vary’ the consent orders of 2010 and 2013, and for W to pay him a lump sum of £3,528,500. He argued that the orders should be set aside, and that the court should undertake de novo the section 25 exercise. He said that £3,528,500 was the balancing payment needed to give him essentially half of the matrimonial pot as he said it turned out to be.

Although under section 31 of the Matrimonial Causes Act 1973 (“MCA 1973”) only a limited number of final financial remedy orders can be varied or discharged (mainly orders for periodical payments and for lump sums payable by instalments), there are certain situations where final financial remedy orders not capable of variation or discharge under s31 can be set aside. In L v L [2008] 1 FLR 26 at [34] Munby J summarised those situations as being:

Mostyn J referred to these situations as the ‘traditional grounds’. He then set out a summary of the procedural history of set aside applications and orders. It was clear from that survey that for final financial remedy orders, the court’s power to set aside ‘had always been strictly confined to the traditional grounds’ [33].

The first key provision is FPR r. 4.1(6), which is identical to CPR r. 3.1(7) and says: ‘A power of the court under these rules to make an order includes a power to vary or revoke the order’.

The second key provision is s31F(6) of the MFPA 1984, which came about when, upon the creation of the new Family Court, Parliament passed legislation to grant it the same powers, and to apply to it the same procedural principles, as had been exercised by the divorce county courts. A new Part 4A was therefore inserted into the MFPA 1984. s31F(6) provides that the Family Court has power to vary, suspend, rescind or revive any order made by it, including:

It was clear to Mostyn J that the framers of s31F(6) were seeking to vest in the new Family Court an equivalent rehearing power to that which had been deployed by the divorce county courts it was replacing.

Upon its creation in April 2014, the Family Court therefore had both FPR r. 4.1(6) and s31F(6) in its armoury. These provisions have been considered in four cases: CS v ACS [2015] EWHC 1005 (Fam), Sharland v Sharland [2015] UKSC 60, Gohil v Gohil [2015] UKSC 61, and Norman v Norman [2017] EWCA Civ 120. These were all cases concerned with non-disclosure (although the claim in Norman was ‘utterly hopeless’ and an alternative argument was put forward that the new powers permitted a final financial remedy order to be set aside on proof of a material change in circumstances) [42].

In Norman, King LJ confirmed that FPR r. 4.1(6) and s31F(6) were available to set aside an order alleged to be vitiated by the traditional ground of non-disclosure. However, Mostyn J said ‘[t]here is nothing in her judgment that lends support to the idea that these powers permit a set aside application to be mounted otherwise than on the traditional grounds’ [43]. King LJ ‘expressly rejected the submission by the appellant’s counsel that the court now had “unlimited” or “wide reaching” powers to set aside an order where there had been materially altered circumstances’ [43].

On 3 October 2016, r 9.9A was then inserted into the FPR, together with a new paragraph 13 into PD9A, and a new paragraph 4.1B into PD30A. These provisions mandated (subject to two limited exceptions) that an application to set aside all or part of a financial remedy order or judgment must be made to the first instance court, to be initiated by an application made within the existing proceedings in accordance with the Part 18 procedure. In Norman, King LJ confirmed that for applications made after 3 October 2016, the application must be made under FPR r. 9.9A, and not r. 4.1(6).

FPR r. 9.9A(1)(b)(ii) says that ‘set aside’ means ‘in the family court, to rescind or vary a financial remedy order pursuant to section 31F(6) of the 1984 Act’. It makes clear that ‘in a case proceeding in the Family Court an application to set aside a final financial remedy order under the general power in section 31F(6) is regulated procedurally by FPR rule 9.9A’ [47].

While the new FPR PD9A paragraph 13.5 confirms that the traditional grounds remain available (it lists fraud, material non-disclosure, certain limited types of mistake, and a subsequent event, unforeseen and unforeseeable at the time the order was made, which invalidates the basis on which the order was made), it also says that the grounds ‘remain a matter for decisions by judges’, and that they ‘include’ the traditional grounds. This ‘suggests that its author appears to have contemplated, at least theoretically, a possible expansion of the permitted territory by creative judges’ [49].

However, at [131] Gwynneth Knowles J said that:

‘Whilst the categories of cases in which r. 9.9A can be exercised are not closed and limited to those identified in paragraph 13.5 of PD9A, the jurisdiction to set aside is to be exercised with great caution, not least to avoid infringing upon the finality of judgments, subverting the role of the Court of Appeal, and undermining the overriding objective by permitting re-litigation of issues.’

The core question in this case was whether FPR r. 9.9A allows a set aside application to be made relying on facts which do not satisfy the terms of the traditional grounds.

Submissions made on behalf of H

It was submitted on H’s behalf that:

The decision of Mostyn J

Mostyn J did not agree with the submissions made on behalf of H. He preferred the view of the editors (of whom he is one) of Financial Remedies Practice 2020/21 (Class Publishing 2020), who wrote at paragraph 4.32:

‘The terms of rule 4.1(6) or rule 9.9A or section 17(2) of the Senior Courts Act 1981 or section 31F(6) of the Matrimonial and Family Proceedings Act 1984 do no more than to enable an application to set aside to be made under a ground of challenge recognised by the law as capable of being made at first instance rather than by way of appeal.’

Mostyn J said that interpreting s31F(6) ‘purposively and with regard to its historical antecedents leads me to conclude clearly that in the field of financial remedies its lawful scope, or reach, starts and ends with the traditional grounds’ [55]. s31F(6) ‘was not a brand new break with the past’, nor did it ‘usher in a brave new world’ [55]. Rather, it was ‘no more than a banal replication of a power vested in the divorce county courts from the moment of their creation in 1968’ [55].

Consequently, Mostyn J respectfully disagreed with Gwynneth Knowles J in Akhmedova v Akhmedov, although he was of the view that ‘the difference between us may be no more than a matter of semantics’ [56]. After all, ‘[i]n the real world, outside the realm of jurisprudential purity, there is no difference between, on the one hand, not being allowed on a certain factual basis to invoke a discretionary power, and, on the other, being formally allowed to invoke that power but where, on that same factual basis, the application will invariably be dismissed’ [56].

In the judgment of Mostyn J, ‘the language of FPR PD9A para 13.5 is misleading’ and ‘should not be read literally’ [57]. There is ‘no lawful scope for imaginative judges to unearth yet further set aside grounds’ [57]. The available grounds ‘are the traditional grounds, no more, no less’ [57]. The language of FPR PD9A paragraph 13.5 ‘must yield to the limitations set by the law to the scope of the set aside grounds’ [61].

H’s application was therefore dismissed, since the court had no lawful power to grant him the relief that he sought.

Mostyn J concluded by observing that if he was wrong, and H’s application should be allowed to proceed to be determined on its merits, then H may face another jurisdictional impediment in the form of s28(3) of the MCA 1973. That section bars a party who has remarried from applying for a financial remedy, and H remarried in October 2015. Mostyn J did not need to decide this issue, but thought that the question of whether H was statutorily barred from having his application determined on its merits would have to be looked at very carefully if a higher court decided that his decision was wrong.