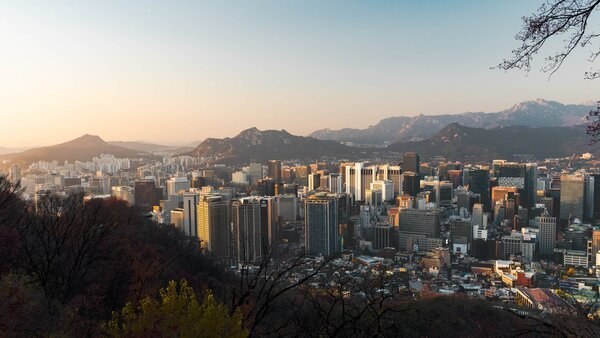 This case concerned an appeal by a mother (‘M’) against an order of Arbuthnot J under the Hague Abduction Convention (‘the Convention’) for the summary return of her son, IG, to South Korea. The leading judgment was given by Baker LJ (‘the judge’), with whom Lewis and King LLJ agreed.

The main issues engaged were the determination of a child’s habitual residence and the defence available under Art 13(b) of the Convention – two matters “which have caused considerable problems for judges in recent years”.

The father (‘F’) (aged 28) was born in South Korea. M (aged 24) was born in England. The parties met online in 2018 when M was at university. That summer M travelled to South Korea on a student exchange and the parties began a relationship. In January 2019 M discovered that she was pregnant and went to live in Chuncheon with F’s parents, still attending university in Seoul 75km away. In May/June 2019 the parties married in civil as well as traditional Korean ceremonies.

In June 2019 the parties travelled to England. IG was born there in September. The parties then went to Korea in December. M alleges that F then refused to allow her to book return tickets to England.

In March 2020 M’s mother arrived in South Korea and three days later left the country with IG without informing F. Following IG’s return to England, the parties took a number of steps:

M filed an answer to F’s Hague application, alleging that at the date of his removal from South Korea IG had been habitually resident in England. M argued in the alternative that if IG had in fact been habitually resident in South Korea at the time of removal, that F had acquiesced to the removal under Art 13(a) and that under Art 13(b) there was a grave risk that the return of the child to South Korea would expose him to physical or psychological harm or otherwise place him in an intolerable situation, since she considered that IG would be separated from her.

A preliminary hearing took place in November 2020. The proceedings were adjourned to allow time for the parties to mediate. F was allowed to have contact three mornings a week, subject to supervision until his passport was lodged with his solicitors. He was ordered not to remove IG from the jurisdiction. Theis J made directions later that month including for a report by a South Korean legal expert.

The three primary points focussed on by the legal expert were:

Firstly, the expert concluded that M would be entitled to a spousal visa until the conclusion of divorce proceedings and could thereafter get a visa to permit her to raise a child born during a marriage to a Korean national, which could be extended up to IG’s 18th birthday. As to foreign orders and undertakings, she advised that only final orders – and not interim ones – would be considered binding. Undertakings would at most be taken into account as part of the Korean court’s discretion. Thirdly, M would be able to apply for interim remedies regulating the care of IG in Korea within a substantive suit, and she could make an application prior to actually leaving the UK.

At the conclusion of the judgment counsel for M asked the judge to address the matter of the practical circumstances IG would face on being returned to South Korea and the undertakings F would be asked to provide. The judge agreed to produce a supplemental judgment (‘the supplemental judgment’) dealing with this. Counsel for M then made an oral application for permission to appeal, which was refused.

The judge then approved an order directing M to return IG to South Korea forthwith. M was directed to provide F with the relevant information as to her proposed living circumstances in South Korea. Appended to the order were undertakings, including a number from F concerning financial and immigration arrangements he would make for M in South Korea.

In March 2021 M filed a notice of appeal relying on three grounds and seeking a stay of execution pending determination of the appeal. Permission was given and a stay granted. This appeal was amended to take into account the judge’s supplemental judgment, and then again when the approved judgment (‘the approved judgment’) was handed down in April, following receipt by the parties of a transcript of the judge’s ex tempore judgment (there being a question about whether the approved judgment had been materially amended). M sought to add a fourth ground of appeal alleging procedural irregularity and this application was adjourned to be dealt with at the appeal hearing.

The grounds of appeal were that:

The judge set out the relevant parts of the Convention in relation to habitual residence:

The judge then noted that the habitual residence of children has been considered by the higher courts on a number of occasions in recent years (including five times by the Supreme Court between 2013 and 2016) and that the relevant principles had been summarised by Moylan LJ in Re M (Children) (Return Order: Habitual Residence) [2020] EWCA Civ 1105.

Arbuthnot J had first dealt with M’s case on habitual residence, which was that M had only intended to go to South Korea briefly, but had then been forced to stay by F in spite of her protestations. F argued that they had not had enough money to move to the UK permanently and thus had decided to move to Korea for a few years in order to raise the requisite money to relocate to the UK thereafter. Having read a number of messages sent between F and M, Arbuthnot J preferred F’s account, concluding that there was not sufficient evidence for her to conclude that F had prevented M from leaving the country between January and March 2020. After March, F’s objections had been based on the dangers of travelling during the Covid-19 pandemic. Arbuthnot J found the necessary element of social and family integration and accordingly she found that IG was habitually resident in Korea by the time of his removal in March 2020.

The judge set out the relevant parts of the Convention in relation to Art 13(b):

The judge noted that the courts had had difficulty in applying Art 13(b) in practice, quoting from the recent case of Re A (A Child) (Article 13(b)) [2021] EWCA Civ 939. The judge specifically noted the guidance for dealing with an allegation underlying the Art 13(b) ground, whereby a judge must firstly establish whether, if the allegations were true, they would constitute the relevant grave risk to the child and, secondly, how the child could be protected from that risk. Quoting Moylan LJ in Re A, the judge noted one could easily end up adopting a middle course which would result in the neglecting of that crucial second limb.

M’s case on Art 13(b) was that if IG were returned to South Korea, there would be a high likelihood of him being separated from M pending a court’s decision in that country as to IG’s long-term welfare, and that this would expose IG to an intolerable situation.

In her ex tempore judgment Arbuthnot J had noted that the evidence from the South Korean legal expert showed that M would be able to remain on one visa or another there. She also held that there was no reason to suspect that F would not abide by his various undertakings. She therefore concluded that M’s case was not made out on IG being separated from M and thus on Art 13(b).

Arbuthnot J then went into greater detail in her supplemental judgment on the Art 13(b) ground, emphasising her belief that F would abide by the undertakings and that the Korean courts provided similar procedures and protections to those available in England.

Counsel for M argued that Arbuthnot J’s conclusions on Art 13(b) were difficult to discern, pointing to seeming inconsistencies between the three judgments. For instance, in the supplemental judgment the judge found that there was a grave risk to IG, but that this was addressed by F’s undertaking. However, in the later approved judgment the judge found that there was in fact no such grave risk. Moreover, a number of the protective measures identified by Arbuthnot J do not appear to have been as concrete as she appears to have thought. For instance, it was not established by clear evidence that M would be able to get a visa extension on return to Korea, since the grant of such visas remains discretionary. Similarly, there was a question as to whether M would be able to seek welfare orders in Korea, since it was unclear whether she could apply for a substantive suit before going to Korea, and whether this would even be entertained by the Korean courts when divorce proceedings were ongoing in England. Further, it was argued that the judge had attached excessive weight to the importance of undertakings, given that they were unenforceable in Korea and could only be taken into account by a court there.

For his part, counsel for F argued that the judge’s approach had been appropriate.

The judge first dealt with the question of there being multiple judgments, concluding that there were a number of situations in which this could be appropriate:

However, the judge found that Arbuthnot J had not addressed the Article 13(b) defence sufficiently. He found that the ex tempore judgment had appeared to find no grave risk, as well as dealing with the undertakings (i.e., the protective measures) in a “very perfunctory” manner. The supplemental judgment appeared to have proceeded on the basis that there was grave risk of harm, and that the undertakings had to be looked at more carefully. The approved judgment seemed to be a synthesis of the positions in the two other judgments, which the judge concluded amounted to a conflation of whether there actually was a grave risk of harm and the measures which could be said to ameliorate it. The judge found that Arbuthnot J had fallen “between two stools”.

Further, the judge found that Arbuthnot J’s analysis of the protective measures was flawed, particularly in respect of her conclusions about whether and how her costs of accommodation and living expenses would be met.

Finally, the judge found that Arbuthnot J – whilst concluding that F was unlikely to not comply with the undertakings - had not adequately considered the consequences were he not to. The judge was concerned that not enough consideration had been given to M’s routes of redress via the Korean courts, since it was unclear whether they would entertain an application from her when the English proceedings were already extant.

The judge therefore dismissed the first ground of appeal and allowed the second and third grounds. He declined to consider the fourth ground, which he held had been taken into account in those grounds he had allowed. The judge noted the desirability of the court reaching a determination on the substantive matter but decided instead to remit it to be heard by another judge of the Family Division.