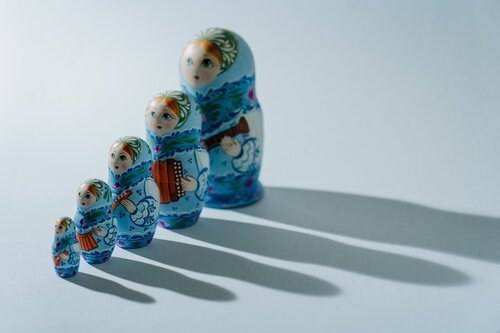 The Court was concerned with an appeal from a judgment of Cohen J in proceedings under Part III of the MFPA 1984 for financial orders following an overseas divorce. The application had been made following Russian proceedings by the spouse (‘W’) of one of Russia’s richest men (‘H’). King LJ (‘the judge’) gave the Court’s judgment, with which David Richards and Moylan LLJ agreed.

The parties had met as teenagers and married in Russia in 1983, where they lived throughout their marriage. They have three adult children. They were not particularly well-off in the early years of their marriage but became extremely wealthy in the 1990s. H is thought to be worth c. $20 billion. Most of the wealth was held at arms-length from the parties in various trust and company structures.

The pronouncement of divorce in Russia in 2014 led to what Cohen J described as a ‘blizzard of litigation’, including hearings in the Supreme Court and the Constitutional Court in Russia, as well as proceedings in Cyprus and the United States. The sticking point in the Russian litigation for W appears to have been that, although the Russian courts do follow a practice, in broad terms, of dividing divorcing parties’ assets equally, they do not include in that division assets held beneficially. As noted above, much of H’s wealth was held at arms-length, of which W was not awarded a share. The parties did not agree what W’s settlement in the Russian proceedings amounted to, but Cohen J expressed a preliminary view that it had been worth more than the c. $41.5 million asserted by W.

The judge noted that although a settlement of this size would, on any case, make W a rich woman, this was nevertheless a ‘tiny proportion’ of H’s overall wealth. Moreover, considering the standard of living of the parties during the marriage, it was arguable that this sum would in no way meet W’s long term needs. W obtained a UK investor visa and purchased a property in London in 2014. It was her case that she had made London her permanent home in 2017, bringing her application pursuant s.15(1)(b) of MFPA 1984 on the basis of habitual residence.

W made a without notice application for leave under FPR r. 8.25. On 25 January 2019 Cohen J granted W ex parte leave to apply for financial relief under Part III (‘the Leave Hearing’). Cohen J noted that he was satisfied at this time that there were ‘solid grounds or substantial grounds for the court to be able to say that an order might be made’. H applied to set aside the grant of leave pursuant to FPR r. 18.11, principally on the grounds that Cohen J had been misled in important respects as to the facts, issues of Russian law and applicable issues of English law.

H’s application was set down for two days’ hearing in October 2019. A directions hearing in W’s application was heard in June 2019, at which directions were also given for the set aside application. W’s counsel argued that the correct approach, in accordance with the Supreme Court’s ruling in Agbaje v Agbaje [2010] UKSC 13 was for the Cohen J to assess at the June hearing whether H could deliver a ‘knock-out blow’ and to either (a) dismiss the application or (b) adjourn the application to be heard at the final hearing in W’s application. Cohen J declined to take that course of action. After the October 2019 hearing Cohen J set aside the leave on the basis that he had been misled at the ex parte hearing. He accordingly refused W permission to proceed with her Part III application.

The judge set out the correct approach to ex parte applications under Part III:

The Approach to Applications for Leave

The judge summarised the approach to applications for leave, drawing from Lord Collins’ judgment in Agbaje at [33] and Thorpe LJ’s judgment in Traversa at [30-31]:

The judge found that she was bound by the decisions in Agbaje (more generally) and in Traversa (specifically ‘in relation to the ratio in relation to leave’) in respect of these issues. She also found that Cohen J’s case management decision to have a two-day set aside hearing had been contrary to those decisions, holding that Cohen J should have conducted a “short, sharp application to set aside leave on the basis that there was a ‘knock-out blow’”, such as a decisive authority being overlooked or the court being misled.

The judge acknowledged the strength of H’s counsel’s submissions to the effect that unnecessary cost might be incurred in preparing for a hybrid (leave and substantive application) trial where leave was not ultimately granted, since the efforts on the main application would be thereby wasted. However, the judge was not ultimately swayed by the argument, holding that such an outcome was not inevitable because greater use of inter partes hearings at the leave stage would make ‘elaborate’ set aside applications exceptional. Further, she considered that the level of preparation for the October 2019 was more akin to a split trial, and she questioned whether substantial further preparation would actually have been required. Ultimately the judge considered that the main protection for a respondent to a Part III application, following a successful set aside, would be costs.

The judge set out the arguments put before Cohen J at the initial ex parte leave hearing. Counsel for W had put their case on the basis that the Russian court had not taken into account H’s substantial assets held beneficially. This argument was bolstered by reference to the apparent similarities to the facts of AA v BB (Financial Remedies: Sharing Principle: Special Contribution) [2016] EWHC 3234 (Fam). Not only were the facts comparable, but although in that case the wife had been found to have misled the court at the leave stage, her leave was not set aside. The thrust of counsel for W’s submissions appears to have been that Cohen J could grant leave after an ex parte hearing in the comfort that even if W was subsequently found to have misled the court in some way, this would not necessarily lead to a successful set aside. Cohen J duly granted leave.

The Set Aside Hearing

Following the set aside hearing in October 2019, Cohen J had noted his regret at having been persuaded to make an ex parte order, since he had indeed been misled: “[I] am in no doubt that if I had had the full picture before me on 25 January 2019 I would not have granted W leave to make her application.” Cohen J went on to set aside leave and remake the decision, suggesting that if the claim was allowed to proceed, there would effectively be no limit to ‘divorce tourism’. The judge noted that Cohen J had at this point considered s.16(3) in relation to maintenance and held that it did not prevent him from setting aside leave.

Discussion as to Alleged Misrepresentations

The judge set out the considerations required in a set aside application concerning allegations of misleading the court:

The judge held that the issue of child maintenance was irrelevant, since W was not applying for child maintenance under Part III. As to the advice from London-based solicitors, the judge found that this was also immaterial at the leave stage (evidence as to motivation not being capable of being a ‘knock-out blow’), and that W could not be put in the invidious position of having inferences drawn against her refusal to waive privilege in relation to the advice sought and received. The judge further held that the analysis of the child’s presence in the jurisdiction played no part in Cohen J’s analysis in the actual hearing.

Cohen J had also noted that he was given an incomplete picture of the Russian litigation. In particular he held that he had not been provided the relevant documents underlying W’s case, including the Russian code and the judgments. On seeing these documents at the set aside hearing, Cohen J concluded that W had not made out her claim that Russian law had been incorrectly applied, having been tainted in some way by corruption. The judge held that – although further documents may have been helpful (albeit translations of all relevant judgments would not be necessary) – Cohen J had focussed unduly on the allegations of corruption, when W’s case had actually been primarily predicated on the non-recognition of W’s claims to the beneficially-held assets; the ‘lacuna’ in Russian law. Cohen J had also been unimpressed by W having claimed that the Russian court had not assessed her needs. It became apparent that under Russian law W had not actually been able to make a needs-based claim. The judge decided that this was not a material misrepresentation either.

Misrepresentation as to English Law

Cohen J held that his attention had not been sufficiently drawn to the relevant passages of Agbaje; they had been in counsel for W’s skeleton argument but had not been referred to in oral submissions. These passages [70-72] deal in particular with the legislative purpose of Part III. Cohen J in particular appears to have focussed on the dangers of Part III applications being designed to obtain a ‘top-up’ through the English courts’ perceived generosity. The judge found that this did not engage directly with W’s argument as to the alleged lacuna in Russian law. Moreover, she found that a failure of counsel to directly refer the judge to a passage which was set out in full in his skeleton argument did not amount to the court being misled.

Conclusions as to Non-Disclosure

The judge drew a distinction between a return date after an ex parte application for an injunction and the procedure in an application for leave under Part III. Whilst a judge at a return date may re-evaluate his decision upon hearing inter partes argument, this is not the case in a set aside application. In that case the judge would require compelling reasons justifying a revocation of leave. The judge concluded that Cohen J had not followed the proper procedure for leave which, per Agbaje, must be granted absent ‘readily identifiable and briefly stated knock-out blow or omission of decisive authority’, and be listed for final hearing together with the substantive application. Moreover, the alleged deficiencies identified by Cohen J could not be said to have misled him or to have been sufficiently material to justify his decision to set aside the leave.

Conclusions on Appeal against the Set Aside

The judge therefore concluded that Cohen J’s decision could not stand. Accordingly, W’s leave to continue her application was restored and the case would go ahead to the next stage. The judge made it clear that in making this order she was expressing no view on the substantive merits of W’s application.

In an addendum the judge dealt with the issue of whether s.16(3) was capable in law of providing W with a safety net. Counsel for W and H had provided a note on the impact of ‘Brexit’ upon s.16(3), from which the judge concluded that although the Maintenance Regulation did apply to the instant proceedings, since they had been issued before the end of 2020, it had since been revoked and would be relevant to few, if any, cases in the future.

The judge concluded by noting that the case had highlighted a number of complexities which arise in Part III applications, going beyond the leave stage at issue in the instant case. Furthermore, the judge made it clear that she considered Part III to have relevance to parties beyond just those with ‘massive or even substantial wealth’. She expressed the view that this broader cohort for whom Part III was intended need a straightforward and coherent procedure, and that this would be an area which could benefit from consideration by the Law Commission.