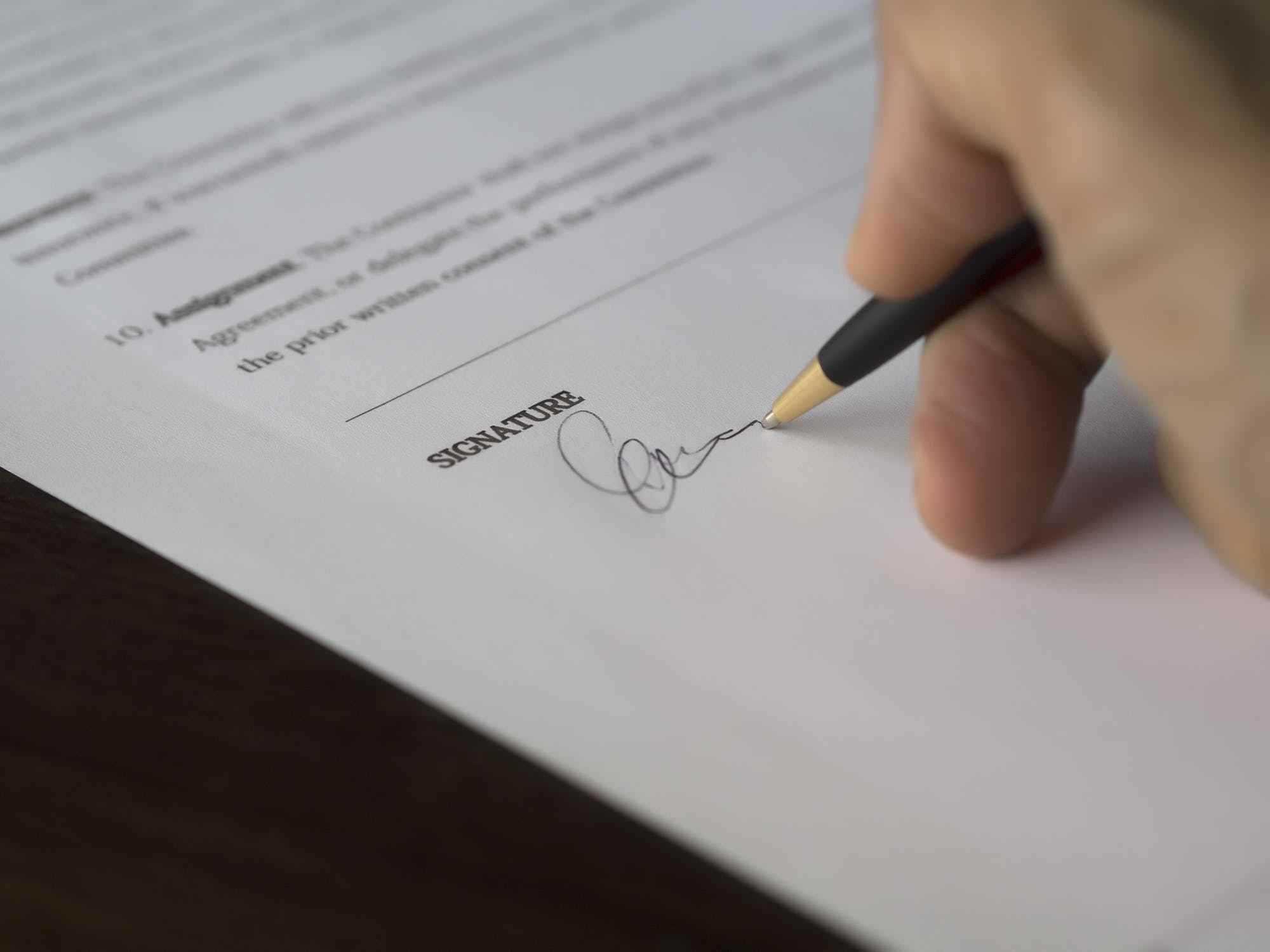 MacDonald J considered an application for committal where the allegation was that a court order had been forged.

MacDonald J (“the judge”) was concerned with an application by P for an order committing Dahlia Griffith to prison for contempt as a result of her alleged interference with the due administration of justice. P was acting through her litigation friend, the Official Solicitor.

The grounds for the committal application were that Ms Griffith falsified a court order and presented this in support of her request in order to obtain disclosure of confidential medical records of P, which amounted to a contempt of court.

P was a 50 year old woman who resided at a specialist hospital on a long term care ward. She had profound cognitive impairment and a diagnosis of a permanent disorder known as Minimally Conscious State Minus.

In the substantive Court of Protection proceedings, Ms Griffith was the applicant. Ms Griffith was a relative of P. The dispute was to do with P’s condition and prognosis, what was in P’s best interests in relation to her medical treatment, residence and care, and whether she should be subject to a DNR CPR notice. Those proceedings had concluded and Cohen J had dismissed Ms Griffith’s application (whose application for permission to appeal was then dismissed by King LJ).

Notwithstanding this, on 18 October 2019, Ms Griffith sent an email to Barts Health NHS Trust attaching what purported to be a court order made on 10 July 2019. The purported court order bore no court seal. The court confirmed that no such order was held on the court file or had in fact been made.

However, Barts Health NHS Trust acted in good faith regarding the purported court order and disclosed P’s medical records to the solicitors Ms Griffith had by then instructed.

The Official Solicitor then made an application for permission to make a committal application.

The judge listed the strict procedural requirements that have to be complied with for a properly constituted committal hearing. These were:

• The committal application must be dealt with at a discrete hearing and not alongside other applications.

• The alleged contempt must be set out clearly in a notice of application or document, the summons or notice identifying separately and numerically each alleged act of contempt.

• The application notice or document setting out separately each alleged contempt must be proved to have been served on the Respondent in accordance with the rules. Where the committal hearing is adjourned personal service of the adjourned hearing is required unless the respondent was in court at the time of the adjournment.

• The Respondent must be given the opportunity to secure legal representation as he or she is entitled to.

• The committal hearing must be listed publicly in accordance with the Lord Chief Justice's Practice Direction: Committal / Contempt of Court – Open Court of 26 March 2015 (and as amended on 20 August 2020) and should ordinarily be held in open court.

• The burden of proving the alleged contempt lies on the person or authority alleging the contempt.

• The Respondent is entitled to cross examine witnesses, to call evidence and to make a submission of no case to answer.

• The alleged contempt must be proved to the criminal standard of proof, i.e. beyond reasonable doubt.

• The Respondent must be advised of his or her right to remain silent and informed that he or she is not obliged to give evidence in his or her own defence.

• Where a contempt is found proved on the criminal standard the committal order must set out the findings made by the court that establish the contempt.

• Sentencing should proceed as a separate and discrete exercise, with a break between the committal decision and the sentencing of the contemnor. The contemnor must be allowed to address the court by way of mitigation or to purge his or her contempt.

• The court can order imprisonment (immediate or suspended) and / or a fine, or adjourn consideration of penalty for a fixed period or enlarge the injunction.

• In sentencing the contemnor the disposal must be proportionate to the seriousness of the contempt, reflect the court's disapproval and be designed to secure compliance in the future. Committal to prison is appropriate only where no reasonable alternative exists. Where the sentence is suspended or adjourned the period of suspension or adjournment and the precise terms for activation must be specified.

• The court should briefly explain its reasons for the disposal it decides.

The judge was satisfied that the procedural requirements had been met in this case.

The judge summarised the principles on whether the court can proceed with a committal application in the absence of the respondent (following Sanchez v Oboz [2015] EWHC 235 (Fam)). They were:

• Whether the Respondent has been served with the relevant documents, including the notice of this hearing.

• Whether the Respondent has had sufficient notice to enable her to prepare for the hearing.

• Whether any reason has been advanced for the respondent's non-appearance.

• Whether by reference to the nature and circumstances of the respondent's behaviour, they have waived their right to be present (i.e. is it reasonable to conclude that the respondent knew of, or was indifferent to, the consequences of the case proceeding in their absence).

• Whether an adjournment would be likely to secure the attendance of the Respondent, or at least facilitate their representation.

• The extent of the disadvantage to the Respondent in not being able to present her account of events.

• Whether undue prejudice would be caused to the applicant by any delay.

• Whether undue prejudice would be caused to the forensic process if the application were to proceed in the absence of the respondents.

• The terms of the overriding objective to deal with cases justly, expeditiously, and fairly.

The judge added that the court must also bear in mind that committal proceedings are essentially criminal in nature and that it should proceed with great caution in the absence of the accused. Findings of fact are required before any penalty can be imposed, and the presumption of innocence applies. The penalty of imprisonment for a proven breach of an order is ‘one of the most significant powers of a judge exercising the civil/family jurisdiction’ and Articles 6(1) and 6(3) of the ECHR are actively engaged [8].

In this case, the judge was satisfied that it would be appropriate to proceed with the final hearing of the committal application in the absence of Ms Griffith. She had had proper notice of the proceedings and of this hearing, and was legally represented. She had failed to provide medical evidence to show she was too ill to attend the September hearing, and the judge had no confidence a further adjournment would be likely to secure her attendance. In addition, her counsel confirmed that Ms Griffith intended to exercise her right to silence in respect of the alleged contempt. Any disadvantage to Ms Griffith was therefore mitigated. On the other hand, any delay would have caused P considerable prejudice.

The judge noted that the general approach of the courts has been that ‘an act which so threatens the administration of justice that it requires punishment from the public point of view constitutes a criminal contempt. By contrast, a civil contempt involves disobedience of a court order or undertaking by a person involved in litigation, in response to which the court may invoke its summary contempt jurisdiction’ [28].

The standard of proof applicable where the contempt is alleged to comprise interference with the due administration of justice remains beyond reasonable doubt. This will require not only proof of the actus reus but also mens rea, in the form of an intention to interfere with or impede the administration of justice. Such intention can be inferred from the circumstances demonstrated by the admissible evidence.

The judge was satisfied that the court made no order requiring Barts Health NHS Trust to disclose P’s medical records to Ms Griffith. He was also satisfied that P had discharged the burden of proving beyond reasonable doubt that Ms Griffith forged the purported order. This was because:

The judge was therefore ‘satisfied that the only reasonable inference to be drawn from the foregoing matters is that Ms Griffith’s persistent and strongly held desire to obtain the medical records she sought regarding P, and the repeated dismissal of her applications for orders to this end, led her deliberately to fabricate the purported order of 10 July 2019 permitting disclosure of P’s medical records held by the Royal London Hospital, Barts Health NHS Trust and subsequently to send that fabricated order to Barts Health NHS Trust…’ [37].

He was also satisfied that the evidence demonstrated beyond reasonable doubt that Ms Griffith took this action with the intention of interfering with the due administration of justice. The ‘only reasonable inference that can be drawn…is that she intended to circumvent the court’s principled decision on this issue’ [38].

The judge adjourned the question of sentencing for the contempt he had found to be established for two days, to allow Ms Griffith a further opportunity to attend court.

Ms Griffith did not attend the adjourned sentencing hearing either. She emailed the judge’s clerk to say this was because of illness, stating that she had acquired a medical note (although none was attached to the email). Her counsel had attempted to contact her but had been unable to elaborate on the reasons for her non-attendance. For the same reasons given for proceeding at the first stage in Ms Griffith’s absence, the judge was satisfied it was appropriate to sentence her in her absence.

The judge noted that a penalty for contempt had two primary functions. It upholds the authority of the court by marking the disapproval of the court and deterring others from engaging in the conduct comprising the contempt, and it also acts to ensure future compliance.

The judge applied the following principles in deciding the appropriate penalty:

He noted the comment in R v Montgomery [1995] 2 Cr App R 23 that ‘an immediate custodial sentence is the only appropriate sentence to impose upon a person who interferes with the administration of justice, unless the circumstances are wholly exceptional’ [44].

Ultimately, the judge was satisfied that the threshold for custody was ‘plainly crossed in this case’ and that the ‘appropriate and proportionate penalty’ was an immediate term of imprisonment of 12 months. The judge emphasised that ‘but for the fact that Ms Griffith has not to date experienced prison, and the current impact on the nature of custody of the COVID-19 pandemic, I would have imposed on her an immediate sentence of imprisonment of 18 months for forging the court order with the intention of interfering with the due administration of justice’ [50]. The judge did not consider it appropriate to suspend the sentence. A committal order was therefore made.