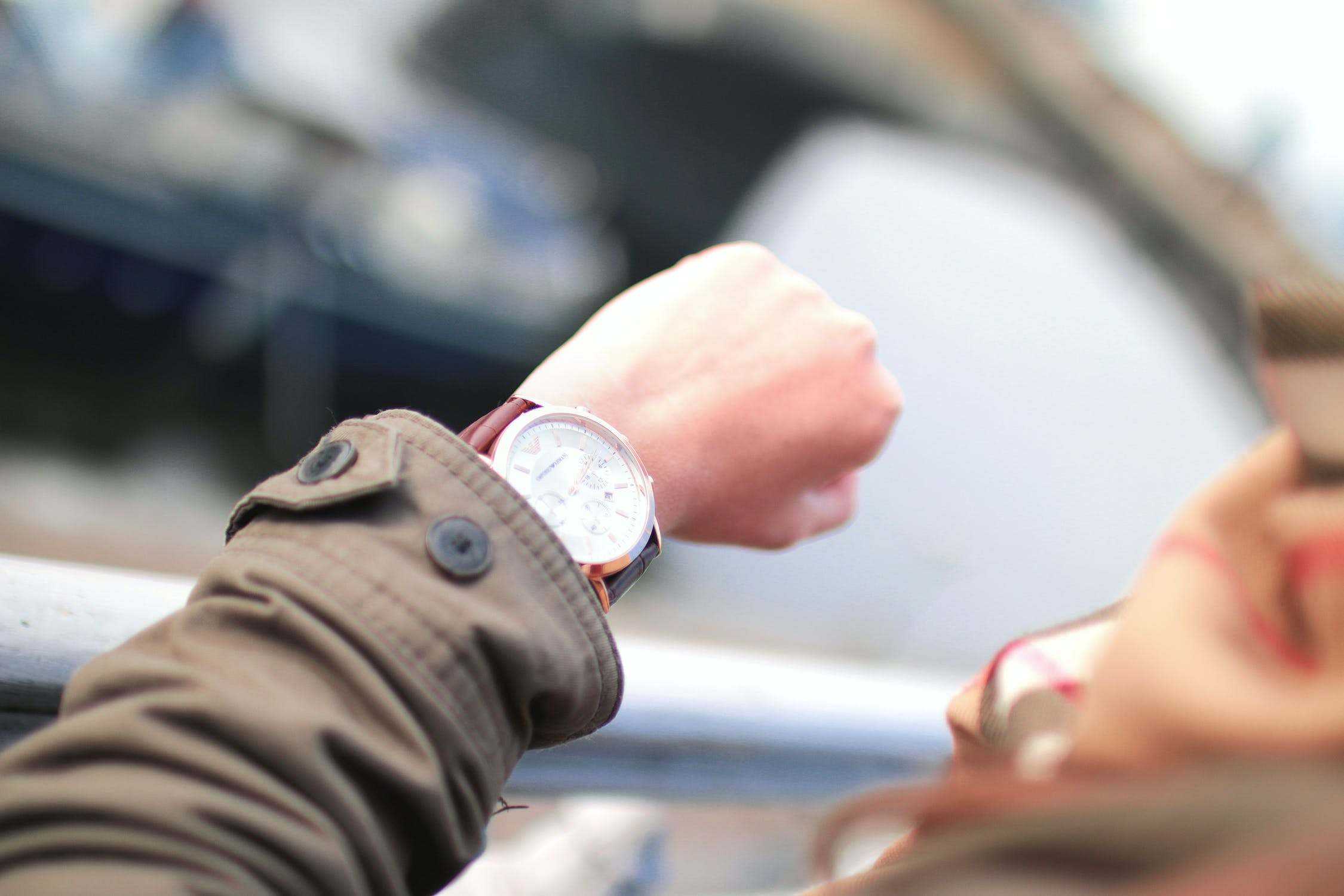 There were three applications before the judge for determination:

This article will summarise the background to the litigation and the application made by the eighth and ninth respondents for a stay of the proceedings.

Next week, the other two applications will be summarised, together with a subsequent judgment which was given on 18 August 2020 concerning an application made by W for a variation of freezing orders made against Farkhad Akhmedov (“H”).

These proceedings had their origins in matrimonial litigation between the parties. On 15 December 2016, Haddon-Cave J (as he then was) ordered H to pay W £453,576,512 by way of financial remedies consequent upon their divorce. H had not voluntarily paid a penny of that award and enforcement had only realised about £5 million. The litigation was consequently concerned with the enforcement of the debt owed to W by H. The parties’ son, Temur (the tenth respondent) was alleged by W to have played a key role in assisting H to evade payment.

W had also made applications to commit Straight, Qubo 1, Counselor and Sobaldo for breaches of various orders. The respondents to these applications (“the committal respondents”) were both the entitities themselves, and also individuals by reason of their status as directors or former directors of Counselor, WalPart and Sobaldo:

There were several further Liechtenstein trusts which were established to receive, and, W alleged, to launder, the monetary assets. Counselor was the trustee or all those trusts save for one, whose trustee was Sobaldo.

How did the Identified Assets come to be held in Liechtenstein structures?

The Artwork was transferred from Cotor Investment SA to Qubo 1 in mid-November 2016, shortly before the trial of W’s claim for ancillary relief in December 2016. The Artwork was also physically moved from a freeport in Switzerland to a secure storage facility in Liechtenstein. Haddon-Cave J concluded that this transfer ‘…was simply the latest part of H's attempts to avoid his liabilities by purporting to transfer his assets to new entities in a new jurisdiction and thereby making enforcement more difficult’ [13].

The Yacht was transferred to Qubo 2 on the second day of the trial. Neither W nor the court were aware of the transfer at the time. Haddon-Cave J described this as ‘a rapid series of further surreptitious steps to attempt to place his [the Husband's] yacht further beyond the reach of enforcement’ [14]. After W obtained a money judgment against Qubo 2 and had commenced enforcement proceedings in Liechtenstein, Qubo 2 transferred the Yacht to Straight to put it even further beyond W’s reach. This transfer was implemented by WalPart and Counselor (as directors of Qubo 2 and Straight) following a meeting with H in Miami.

The Monetary Assets were held by Cotor, as nominee for H, at UBS in Switzerland, before being transferred to LGT Bank in Liechtenstein during the hearing before Haddon-Cave J in December 2016. It appeared that they were moved through various trusts after W began proceedings in Liechtenstein. In February 2020, the Princely Regional Court of Vaduz in Liechtenstein observed that ‘…the relocation of assets within a short period of time, as can be seen from the FIU reports and the relevant exhibits, supports the suspicion in this regard … that, from a legal aspect, these acts are in any case events to be classified and subsumed under the criminal act of fraudulent bankruptcy … or, at all events, as a punishable attempt to thwart enforcement…’ [15].

H continued to enjoy the benefit of these assets after their transfer into the Liechtenstein trusts. He had been granted the use of the Yacht, and over US$148.7 million of the Monetary Assets had been paid out to him. In February 2018, an attempt to transfer US$120 million to H was blocked as a suspicious payment by the Liechtenstein State Prosecutor, which the Liechtenstein Constitutional Court said was obviously a transfer initiated by H.

The Liechtenstein courts upheld the various protective measures put in place (including asset freezes and document seizures), despite the challenges made by Counselor and Sobaldo to these measures, on the basis that there was a suspicion that criminal offences had been committed. W was granted ‘private party’ status regarding Qubo 1, because the Liechtenstein court concluded that the evidence revealed a suspicion of fraudulent bankruptcy and money laundering, which had led to W suffering damage from the non-fulfilment of her claims. However, she was not granted ‘private party’ status with respect to any additional suspects. The judge noted that the criminal investigation in Liechtenstein was ongoing, but that no suspects had yet been charged.

In response to the committal applications, in October 2019 Counselor and Sobaldo filed an application with the Liechtenstein court for ‘binding advice’ pursuant to the Liechtenstein Persons and Companies Act. The advice (“Spruch”) given by the court was that Counselor and Sobaldo should not transfer assets to W before a final ruling had been given in ordinary domestic civil proceedings in Liechtenstein. The court’s ruling, although not the Spruch, stated that ‘this binding pronouncement applies with the proviso that compliance with this by the trustees is accepted by the English court. The trustees' obligation to comply with this binding pronouncement does not go so far that they have to accept personal hardship such as imprisonment’ [26]. The Liechtenstein judge later confirmed that this proviso was not part of the binding verdict or Spruch, but pointed out that it state ‘the self-evident fact that orders issued by a civil court in Liechtenstein may not have restrictive effects - including indirect ones - on the freedom of the individuals involved’ [26].

W submitted that the respondents knew of the English divorce proceedings and participated in H’s scheme to put assets beyond her reach. She relied on the conclusion reached by the Liechtenstein State Prosecutor and courts (first instance, appellate and constitutional) that there is a concrete suspicion that the Liechtenstein structures participated in the crimes of fraudulent bankruptcy and money laundering. The judge commented that although the criminal investigation was ongoing and no one had been charged, ‘the picture presented of the Respondents’ professional behaviour is troubling’ [33].

The judge noted that the three applications she had to consider had to be decided in the context of the findings made by Haddon-Cave J that the Liechtenstein structures were established by H, and were being used by him, as his alter ego, to evade the orders of the High Court.

The judge heard expert evidence from three experts on various aspects of Liechtenstein civil and criminal law. She made such findings about the expert evidence as were necessary in the context of each application.

The approach to foreign law

The judge set out the key principles governing the English court’s approach to foreign law and considerations of comity:

The application for a stay

In February 2020, Counselor and Sobaldo issued their application for a case management stay of the pending claims against them under s423 of the IA and/or s37 of the MCA, pending the final determination of a case in Liechtenstein. The Liechtenstein case number did not concern proceedings against Counselor and Sobaldo, but referred to civil proceedings in which W sought relief against Qubo 1 and Qubo 2. Those proceedings could not result in any relief being granted against Counselor or Sobaldo in respect of the Monetary Assets.

However, W’s claims against Counselor and Sobaldo concerned the Monetary Assets. She alleged that in December 2016 Cotor transferred monetary sums from an account at UBS in Switzerland to an account at LGT Bank in Liechtenstein and that, thereafter, transfers were made to five Liechtenstein trusts.

She contended that these alleged transfers were undertaken for the purpose of putting assets beyond her reach, and that she was therefore entitled to relief under s423 IA and, if necessary, also under s37 of the MCA. On 30 July 2019, she applied without notice to join Counselor and Sobaldo to these proceedings, and sought relief under the s423 claim. In February 2020, shortly after Counselor and Sobaldo had served their Defence to W’s Particulars of Claim, they issued their stay application. The matter was listed for trial, to commence on 30 November 2020.

The judge noted that the court’s power to stay proceedings is an ancient common law remedy. She reminded herself of the key principles:

The judge was not persuaded that the application should be rejected by reason of relevant delay, because it was issued by Counselor and Sobaldo at the earliest reasonable juncture in the context of the s423 claim (within three and a half weeks after W had served her Particulars of Claim which set out the pleaded allegations in the s423 claim). Indeed, even if there had been delay, the judge would have had to assess the stay application on its merits in any event.

Risk of inconsistent and/or conflicting findings and decisions

Analysis of W’s pleaded claim in the Liechtenstein civil proceedings and the s423 claim suggested substantial legal, factual and evidential overlap between the claims. W relied on the fact that the parties in both sets of proceedings were different, but it is not necessary for there to be concurrence of the parties in both sets of proceedings to justify a stay. However, Counselor was connected to the Liechtenstein proceedings as the owner of Qubo 1 and Qubo 2 in its capacity as trustee of the Simul Trust.

The fact that the assets were held in Liechtenstein did not mean W’s claims were governed by Liechtenstein law. The court first had to determine whether W was entitled to the relief she sought based on the facts and the applicable English legal principles, and if she was, the court then had to exercise its discretion as to the relief which would then be appropriate in circumstances where the assets were located outside the jurisdiction. In this case, where the High Court had already found H to have engaged in a dishonest scheme of evasion by moving assets abroad to defeat W’s claim, a devolution of the responsibility for the primary determination of W’s entitlement to a court in Liechtenstein, applying different legal principles, would run counter to the interests of justice.

It was pertinent to consider whether the hearing should be stayed because the court might, in determining liability and making consequential orders, seek to exercise its jurisdiction over assets situated abroad and then seek to enforce those orders in a manner inconsistent with comity or exorbitantly. However, the judge did not accept that determination of the liability under English law of Counselor and Sobaldo to W should be abandoned merely because an outcome in W’s favour might present her with enforcement difficulties in England and Wales and elsewhere. She expected the court in Liechtenstein to have regard to the English court’s view on the issues in the case in the hope that its perspective might assist the Liechtenstein court in its judgment of the matter.

Practically, a stay of the proceedings involving Counselor and Sobaldo would delay for years W’s efforts to obtain the sums awarded to her in December 2016. A stay of the proceedings would also be a recipe for considerable procedural inefficiency in the management and adjudication of the proceedings against the parties’ son, Temur, which would give rise to a real risk of inconsistent judgments. Although the continuance of the proceedings would put Counselor and Sobaldo to additional expense, the judge could not discern any additional prejudice to them which bit on the adjudication of W’s claim. They were free to defend it, whereas, if the stay were permitted, W would be faced with significant obstacles affecting, for example, the properly brought claim against Temur, and she would be compelled to incur significant additional expense in initiating proceedings in Liechtenstein.

Overall, the judge decided to refuse the application by Counselor and Sobaldo for a stay of the proceedings against them. The circumstances of the case were insufficient to be described as rare and compelling (per the guidance of Lord Bingham of Cornhill CJ in Reichhold Norway ASA v Goldman Sachs International [2000] 1 WLR 173 at 186.