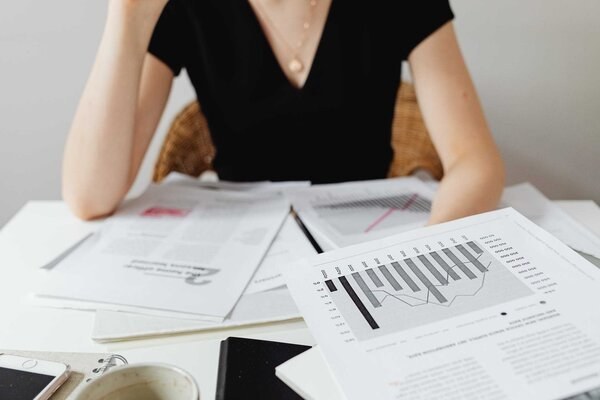 In this case HHJ Hess (‘the judge’) considered an application for the variation of a pension sharing order.

The parties had cohabited from 1992 and married in 1995. They had two children together, aged 25 and 20. H was the commercial director of a company whilst W worked as a hospital administrator.

The parties separated in 2013. On separation the husband (‘H’) moved out of the family home, where the wife (‘W’) remained. Decree Nisi was pronounced in 2013 and Decree Absolute awaited the outcome of the financial remedy proceedings.

The parties’ original financial remedy proceedings culminated in a final hearing in front of District Judge Thomas in Bromley in 2015. The judge’s order had the following headline points:

DJ Thomas’ decision to award W 40% of H’s company pension was described by the judge as ‘fairly broad brush’, seeming to be intended to reflect the fact that W retained the whole of the FMH, meaning that H should be slightly compensated by retaining more of his pension. The judge noted that no one had sought to impugn this decision.

The judge noted that it had taken unusually long for the judgment to be converted into an order, with the latter not being sealed until May 2016, seven months later.

The judge noted that, during this time, neither party applied for Decree Absolute.

Problems then arose in respect of completing the pension sharing annex. Having submitted the original annex, the parties then received a response from the pension administrators who asked the solicitors to tick the box indicating an external transfer ‘as the Trustee of the scheme does not permit internal transfers’. This box was duly ticked and the annex was returned to the administrators.

The order did not come into effect at this time though, since Decree Absolute had not been pronounced.

H attempted to appeal DJ Thomas’ order later in 2016 (albeit not the pension sharing order), and these proceedings were compromised via an order of HHJ Redgrave. This order expressly permitted to apply for Decree Absolute. Regardless, neither party pressed for Decree Absolute.

DEVELOPMENTS IN THE COMPANY PENSION SCHEME

Around the same time the company decided to reduce CEs substantially for the purposes of external transfers on the basis that the scheme was underfunded. Accordingly in June 2017 the valuation for the CE of an external transfer from the scheme went down from c. £1.6m to c. £720,000, meaning that W would receive a pension credit worth only c. £290,000.

In fact, the judge noted that, despite having taken advice from solicitors and counsel on this point, W was not actually thereafter bound to accept an external transfer as a result of the company’s new policy. Based on this misapprehension of the law (explored more below), W made an application in July 2017 asking for “a Declaration of the Court that the 40% share of the Company [name] Pension Fund in the Applicant’s favour (and 60% in the Respondent’s favour) also applies to the uplift in the value of the Company [name] Pension Fund …”

The judge considered that this application was misconceived and wrong in law. W then applied for Decree Absolute. Shortly afterwards H applied successfully for a stay on this pronouncement. The judge noted that H, like W, did not seem to be aware of the possibility of an internal transfer of the pension credit.

The judge noted two curious features of the case as it developed thereafter: firstly, W’s application of July 2017 for a declaration appears to have been largely ignored and, secondly, DJ Thomas had dispensed with the need for a FDR.

The judge also criticised H for not having disclosed, over the next three years and numerous hearings, a further change of policy from the pension administrators, who had reversed their previous policy of reduced CEs on external transfers in April 2018.

The parties (albeit mostly H) had pursued the completion of a new pension report to consider the impact of the company’s supposed pension deficit following the original revaluation of external CEs. The judge criticised this decision (and implicitly the direction by the court to obtain the same in an order of November 2018), noting that it was “misconceived ab initio” and irrelevant in any case, since (admittedly unbeknownst to W until March 2021) the company had changed its policy and started funding external transfers fully again. In any event, the expert selected for the report declined the instruction - a decision which the judge commended.

Further information prior to the final hearing was obtained from the pension administrators, who clarified that:

With the benefit of this information W made an open offer to settle on the basis that H’s application would be dismissed with costs. H did not accept that offer.

The judge noted that the court has jurisdiction to vary a pension sharing order under MCA 1973, s.31(2)(g), providing that the application is made before the implementation of the PSO and before Decree Absolute is pronounced. The judge nevertheless commented that such circumstances would be very rare in practice [45]-[48].

The judge then considered MCA 1973, s.31(7) and, by analogy, various authorities considering variation applications in relation to capital orders. The judge focused on the decision of Bodey J, sitting in the Court of Appeal in Westbury v Sampson [2002] 1 FLR 166. In this judgment Bodey J had determined that the re-opening of the overall quantum of lump sum orders by instalments was possible - both as to timing and quantum - but that the power to vary the quantum should only be used “sparingly”, and would only be considered when “anticipated circumstances have changed very significantly, and/or for cogent reasons rendering [the original order] quite unjust or impracticable” [50]-[53].

The judge noted that this statement of the law had received obiter approval from Lord Wilson in Birch v Birch [2017] UKSC 53. Notwithstanding Mostyn J’s recent consideration of this issue in BT v CU [2021] EWFC 87, in which he held that capital orders by instalment would not be variable as to quantum unless all of the Barder conditions applied, the judge proposed to follow Bodey J’s “really quite strict” test as set out in Westbury [54]-[55].

The judge determined that neither party’s circumstances had changed very much since 2016. Against that backdrop, the case would stand or fall on the issue of the change in the CE of H’s pension.

The judge concluded that there were three main reasons why the change in CE did not justify any variation:

The parties’ costs were c. £130,000 for W and c. £175,000 for H. The judge considered that the fact of these costs being incurred was “a shaming indictment for the legal system”, particularly since the legal teams appeared “to have had limited understanding of the issues with which they were dealing” [39].

The judge considered that H had taken an “unreasonable view of the case from the outset and pursued it to the bitter end. I have rejected this and he has entirely lost.” The judge therefore decided to make a costs order against H of £100,000 [69].

The judge went on to deal with the issue of pension sharing annexes, which he noted had had a limited public profile despite having been dealt with in the PAG Report of July 2019 [74].

The judge focussed on the fact that the pension administrators had written to W’s solicitors to ask them to tick the box for an external transfer, despite the fact that the decision whether or not to do so is one of serious financial importance on which an ex-spouse in W’s position ought to take careful advice. The judge speculated that, had the pension sharing order been implemented in 2017 in this case, it is not clear that W would have been offered her legal entitlement to an internal transfer. In this situation, she might have incurred a substantial loss on an external transfer simply on the strength of a box being ticked [75]-[78].

The judge concluded his judgment by underlining the advice of the PAG report in relation to this section of pension sharing annexes: “Family Lawyers would be well advised in the meantime not to tick either boxes in section F” [80]-[81].