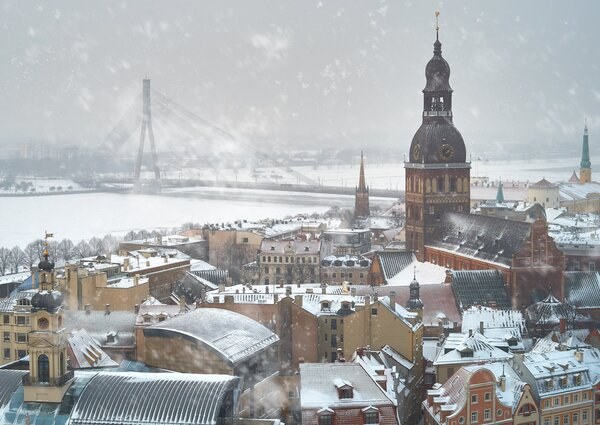 In this case the court was concerned with an application under the Hague 1980 Convention in respect of two children (aged 14 ½ and 12). The application had been listed for two days, allowing time for oral evidence. However, Mostyn J (‘the judge’) went beyond simply determining the application for the return two children from the UK to Latvia, adding some guidance on the way in which so-called “outward return” cases under the Convention ought to be handled by the courts procedurally.

The judge noted that he and other judges had come to the view that outward return cases had become “disproportionately complex, lengthy and expensive”, as well as being full of “abstruse legal points”. Moreover, the judge considered that such cases occupied an unreasonable amount of the High Court’s resources.

The judge set out what he held to be the nature of the relief sought in such applications, noting that the best analogy with financial proceedings would be a freezing order coupled with a direction that the assets subject to review be placed in the jurisdiction of the forum conveniens. He emphasised the summary nature of the procedure, with oral evidence only being allowed exceptionally.

However, the instant case had been listed to allow for oral evidence about defences of settlement and the objections of the children. Counsel for the father (‘F’) sought to cross-examine the children’s guardian about whether or not the children had become settled in England, and on the nature and strength of the children’s objections and maturity in general.

The judge was told by counsel that such cross-examination was routine in these sorts of cases where defences of settlement or objections by the children were pleaded.

The judge disagreed with this, noting the guidance of Sir James Munby P in Practice Guidance: Case Management and Mediation of International Child Abduction Proceedings (March 2018), which said that oral evidence will “rarely” be directed and that a court would have to be satisfied that such evidence was “necessary” if it did so direct.

The judge was not persuaded that this guidance only bit in relation to cross-examination of the parties, rather than in relation to the Cafcass officer or children’s guardian. He noted that the court often determined the risk of harm defence under article 13(b) summarily and without oral evidence. He did not, he said, understand why all defences were not treated the same in this respect. He therefore held that the court should only permit oral evidence in such proceedings if it is satisfied that this is “necessary” to solve the proceedings justly - not where it is “merely reasonable or desirable to have it”.

The parents are Latvian. Their relationship began in 2005 and they divorced in 2016. The two girls remained in the mother’s (‘M’) care. M started a new relationship with a man based in the UK. M decided to move permanently from Latvia to England in December 2019.

M alleged that F had agreed orally to the children staying in England. Further, she argued that she had spoken to F about the children’s education before the children started school in England at the start of 2020. The children had therefore been in England for 21 months by the date of the hearing. F had not in that period up until March 2021 started any proceedings to have them returned to Latvia. At that point F made an application to the Latvian Central Authority.

The application in Latvia was transmitted to England. F issued his application in England in May 2021 in Form C67. The judge noted with some scepticism that although F gave the correct address for the children in Berkshire, he later in the form stated that he “thought” that the children were living with M there. F had then added that he was concerned that M might leave England with her new boyfriend, asking M to surrender the children’s passports.

F’s witness statement repeated his apparent lack of certainty about the children’s address and then said that he did not know which school the children attended. The judge noted that it was clear that F in fact did know the correct address.

The next day F made an ex parte application for a location order as well as disclosure orders against the NHS and the Department of Education. These orders were granted. The police then visited M’s home and seized her and her children’s travel documents. The judge considered that this would have been a traumatic experience for them.

The judge held that the proper requirements for an ex parte application had not been observed. He did not consider that F had been honest in his application, nor that he had adequately particularised why the orders were necessary. The judge compared observed that the use of inappropriate ex parte applications in the Administrative Court would often result in a summons to attend a public sitting of the Hamid court in order to be “openly, and shamingly, admonished”.

The judge made it clear that the inappropriate use of ex parte applications in Convention cases must stop.

The judge then considered M’s defence that the children had become settled in England between their move to the UK and F’s application - a period of 16½ months.

He set out the case law as to the meaning of the word “settled”, noting by way of introdution the dictionary definition, being: “[T]o cease from migration and adopt a fixed abode …”.

The judge, referring to Cannon v Cannon [2004] EWCA Civ 1330, held that being settled would have to include both living somewhere (the physical constituent) and intending to make a home there (the mental constituent). There was some discussion of this definition, largely because counsel for F argued that in order to find settlement the court would have to be satisfied that the subject children were “living in a stable, contented, normative, conflict-free family environment.”

F’s argument in relation to this was that the children had not been living in a stable environment because he asserted that there had been a great deal of dysfunction and conflict between M and her new partner. He supported this allegation by referencing contacts with the local authority in Berkshire, who appeared to have made a number of reports of arguments and other incidents at M’s home. F also argued that the children had not been settled because their education had largely been undertaken online owing to the exigencies of the pandemic.

The judge considered some of the cases that appeared to be in tension with his understanding of the mental constituent. For instance, it had been held by the Court of Appeal that an abducting parent who was effectively a fugitive would not be able to have the requisite mental constituent because they would always be on the ready to move to a new location.

Another case which was cited was Re R (A Child) [2015] EWCA Civ 674, in which the Sir Mark Potter appeared to reference the need for security and stability in order to find the mental constituent. The judge decided that this did not challenge his understanding of the mental constituent. He considered that this simply meant that the party had to demonstrate a genuine intention to make a home in the new location. As with questions of habitual residence, it was not necessary for the court to make findings in respect of the level of “stability” in that new location.

Accordingly, the judge rejected what he called F’s “extended definition of the mental constituent of the concept of settlement” and held that the children were settled in England, whether the relevant date was the date of F’s application or of the hearing.

As to which of these two dates was relevant, the judge considered the meaning of the word “now” in the Convention. Counsel for F had proceeded on the basis that “now” meant the date of the application. The judge disagreed with this approach, noting that no case bound him on this point (the leading authority being a judgment of Bracewell J), and that it could not have been the intention of the framers of the Convention to assess settlement at the date of application. It should be noted that this was an academic point, since the judge found settlement as of the date of application in any case for the following reasons:

The judge noted that England therefore had exclusive jurisdiction over any later welfare proceedings in relation to the children, pursuant to Art 5 and 7 of the Convention.

The judge also exercised his consequential discretion against a return to Latvia.

The judge couched this defence as being an alternative defence to settlement, should the decision on that first defence be found to be wrong.

This defence requires the court to be satisfied that in relation to two preliminary “gateway” requirements:

The third requirement is for the court to exercise a discretion as to how to proceed, bearing in mind a weighing of the children’s objections against the Convention’s policy.

F did not dispute that the first two requirements were made out. However, he argued that the discretion should be exercised in favour of a return to Latvia because the children’s objections were not against a return to Latvia, per se, but objections to being in F’s care. Subsidiary to this, F argued that M had instilled in the children a fierce, uncritical and inappropriate loyalty towards M. Further, their exposure to M’s turbulent relationship with her new partner justified a return order.

The judge noted that he had a wide discretion on this point. He considered that it would not be appropriate to separate the children from each other, and therefore placed weight on the objections of the 14½ year old, who he found to be Gillick competent. He accepted that Convention proceedings were governed by their own rules, and that objections from a Gillick competent child were not to be given decisive weight. However, he still found this to be a relevant consideration.

The judge rejected F’s submissions. He found that the children objected to being returned to Latvia. Their loyalty to M did not appear to be the product of improper influence. The turbulence between M and her partner - what the judge called a “transient phase” - did not diminish those objections. Rather, the objections were “rational, reasonable and logical”. The judge therefore declined to exercise his discretion in favour of a return.

Having found that M succeeded on settlement and children’s objections, the judge declined to adjudicate on risk of harm, consent and acquiescence. F’s application was therefore dismissed.