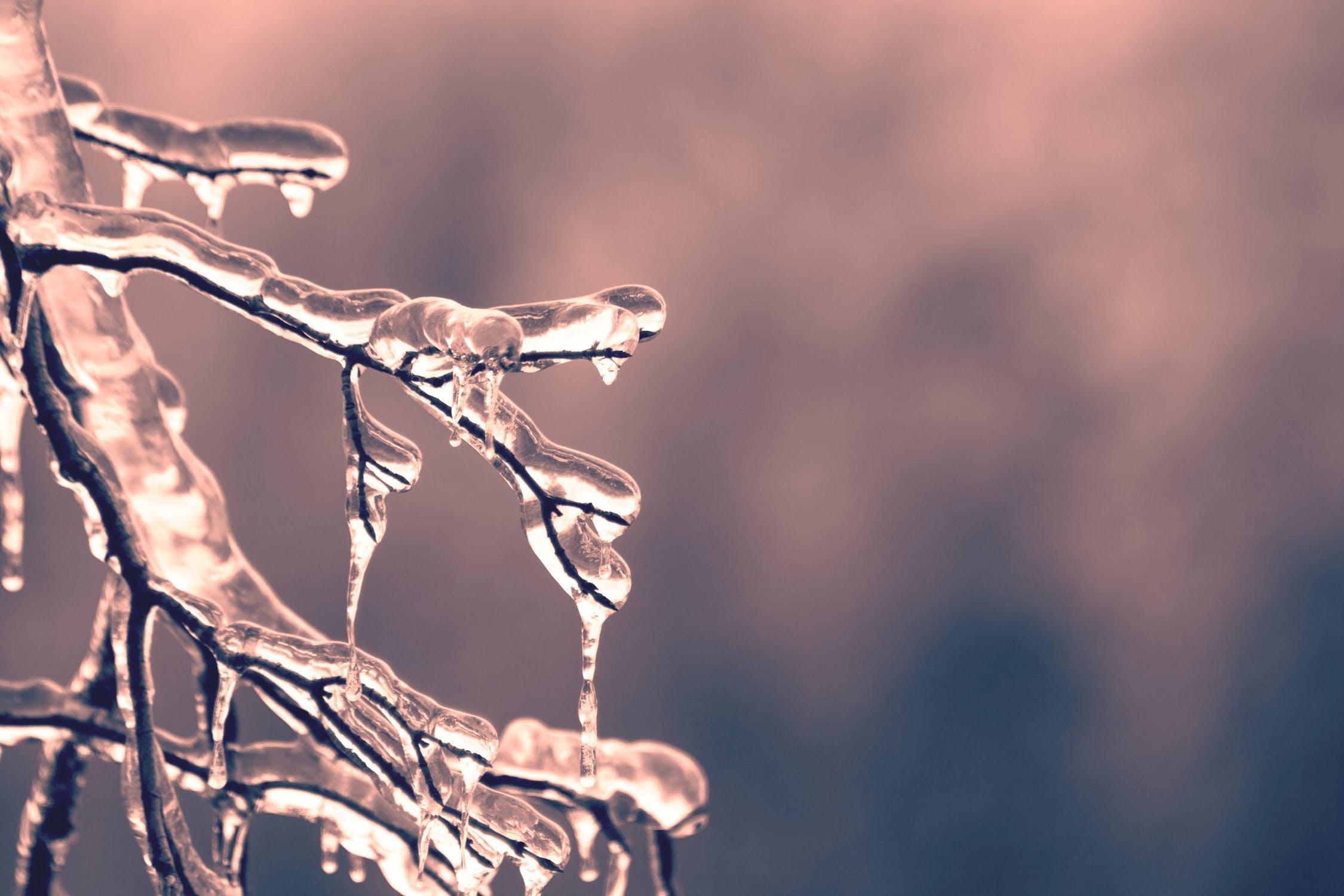 Cobb J considered whether there had been a breach of a freezing order.

Magali Moutreuil (“MM”) applied for an order that Peter Andreewitch (“PA”) be ‘sanctioned in any manner which the court may think fit’ for alleged multiple breaches of a freezing order made on 22 March 2019 [1]. Alongside MM’s application, there was also an application by PA for variation of the freezing order (the second such application, the first having been dismissed by Judd J in January 2020).

This hearing was in fact a re-hearing of the application. The Court of Appeal set aside the findings made by Lieven J at the previous hearing on the basis that as an unrepresented litigant, PA gave evidence without having been informed of his right to silence.

MM and PA never married, but lived together for approximately 20 years and had five children. They separated in 2018. There were three sets of proceedings before the Family Court:

i. Proceedings under the Children Act 1989 concerning the living and contact arrangements for the younger four children.

ii. Proceedings under Schedule 1 of the Children Act 1989 in relation to financial provision for the children.

iii. ‘Ownership’ proceedings in relation to shares in Pier (the 2nd respondent company, of which PA was the sole director and MM the sole shareholder). Pier was a holding company which had as its main or sole asset the former family home.

Cobb J had made clear at an earlier case management hearing that he would only consider the disputed factual allegations underpinning MM’s application, and, if appropriate, would make findings. He said that he would not deal with sanctions for any proven breach. The hearing was conducted in open court (albeit via Skype for Business).

The application in respect of the alleged contempt was considered before the application to vary, since Cobb J wanted to avoid a situation where PA might have felt effectively deprived of the right of silence as he tried to field separate applications. At the start of the hearing, Cobb J was told that PA wished to give oral evidence. He explicitly advised PA that he was not obliged to give oral evidence and warned him of the potential for adverse consequences or inferences from exercising that right to silence. PA was also advised that he was ‘not bound to answer questions which may tend to incriminate him, to expose him to any criminal charge, penalty, or forfeiture which is reasonably likely to be preferred or sued for’ [12].

Cobb J applied the criminal standard of proof in reaching his conclusions and bore closely in mind that the burden of proving the matters alleged fell squarely on MM. He was satisfied that ‘it is not a requirement to demonstrate that PA intended to and/or believed that the conduct in question constituted a breach of the freezing order’ [14]. Rather, ‘it would be sufficient for MM to show that PA deliberately intended to commit the act/omission in question’ [14].

The freezing order made on 22 March 2019 restrained the parties from disposing of or dealing with the income or assets of Pier, except to enable the company to meet its tax or other liabilities. In November 2019, a further order required PA to produce the company bank statements. These showed that he had used the company bank account to make payments amounting to over £25,000 in respect of his personal living expenses and legal fees, some £18,000 of which post-dated the freezing order. PA claimed these payments were made in respect of the company’s liabilities, namely to pay him a salary, to repay loans he said he had made to the company, and to discharge the company’s alleged liability for legal fees.

MM said that the application for the freezing order had been provoked by PA’s transfer, or purported transfer, of title in the entirety of the shares in Pier from MM into the name of the parties’ 15 year old son (who was living with PA). This had taken place within 48 hours of her solicitors’ detailed letter before action in the ‘ownership’ proceedings, setting out her claim to own the shares. MM’s case was that this transfer represented a cynical attempt to obstruct or frustrate her claim to the shares.

MM said that PA had ‘clearly and flagrantly breached the order in a “systematic” way without any justification or excuse’ [21]. She pointed to the fact that PA had sole control over the relevant bank account held by Pier, and ‘used it as his “personal piggy bank”’ [21]. She referred to the fact that within three days of the freezing order, PA used Pier’s frozen account for personal use, namely a supermarket purchase. Indeed, over the course of the following months, PA made 562 further withdrawals and/or payments from Pier’s account, and having regard to the nature of the payments, it was evident that the vast majority were for his personal use.

It was accepted that PA had withdrawn £28,599.56 from the frozen account. MM accepted that £961.90 could be said to have been withdrawn properly to meet company liabilities, and conceded that £2,041.72 which PA withdrew from the account (which reflected the payment of child benefit to him) was more in the nature of a technical breach. Furthermore, as soon as PA’s former solicitors (Sinclair Gibson and Clyde & Co) were advised that they had been paid from a frozen account, they returned those payments. Nonetheless, it was accepted that the account was still depleted by the sum of £13,015.94.

MM argued that it was not a coincidence that very soon after Cobb J had ordered the disclosure of the Pier bank statements, PA made his first application for clarification or variation of the order (which was done without notice to MM, in what she asserted was an attempt to whitewash his breaches). By that time, PA had substantially emptied the account.

i. The £2,041.72 reflecting child benefit paid to him should be excluded from consideration.

ii. He paid himself a director’s salary of £8,500 pa, as he was entitled to do in accordance with the Memorandum of Association.

iii. He repaid to himself sums which he had earlier loaned to the company.

iv. He used £12,850 to defray legal costs incurred by Pier and owed to Sinclair Gibson and Clyde & Co.

v. If his use of the account did breach the freezing order, ‘this was “inadvertent”’ [27].

PA offered to pay back £13,015.94 over time, conditional upon MM accepting that he was entitled to withdraw sums from Pier on the grounds he alleged.

Cobb J found that the terms of the freezing order were ‘clear and unambiguous’ [28]. He did not accept that PA genuinely felt that the terms of the order needed any clarification. He was satisfied that PA knew from an early stage after the order (certainly by May 2019) that he could have applied to the court for variation of the order, but did not in fact apply until December 2019, by which time his expenditure from the account had been or was about to be exposed.

PA’s explanations for his use of the account were ‘contrived and disingenuous’ [29]. He was evasive when challenged in cross-examination, and prevaricated when asked questions which called for simple answers. He attributed his conduct in using the Pier account, rather than his own personal account, for personal expenses ‘as “laziness”, adding “I slipped into bad habits”’ [29]. Cobb J found that in contrast to this, in much of PA’s presentation he appeared to be a man who was meticulous to the point of pedantry.

Overall, Cobb J was satisfied that ‘PA deliberately removed sums from the frozen Pier account after the order of 22 March 2019, at all times intending to use the withdrawn sums for his own benefit’ [30]. He found that PA ‘treated the account as his personal account’, and that ‘[i]t is obvious that he used the funds for his own ends’ [30]. PA used the account to pay for:

In relation to PA’s explanations, Cobb J found that:

There was no legally recognised obligation or contractual basis for Pier to pay PA a director’s salary, and there was no written evidence of such an obligation. It was wholly unclear when the obligation to pay the salary arose, or how the figure of £8,500 was set. In a statement of account prepared by PA in March 2019 setting out Pier’s net income (after the time at which he said he had started to draw a salary), PA made no reference to, or deduction for, the payment of any salary. In any event, PA knew and understood that the order did not allow him to draw down a salary from the Pier account.

Because the spending far exceeded what PA had claimed he was entitled to draw by way of director’s salary, PA ‘conjured up the obligation to repay a loan during the period under scrutiny’ [32]. No loan agreement or contemporaneous document was produced which verified the existence of any loan, and the loan was first mentioned in January 2020 in a document prepared by PA to support his application for variation of the freezing order. He said there had been no need to disclose the loan earlier, but Cobb J did not accept that PA truly believed this. In any event, Cobb J was ‘far from sure’ that he would have concluded that such payments were necessary at that point in time to meet Pier’s other liabilities [34].

PA was in no doubt that he could not use the frozen account for his own personal legal costs. Three invoices from Sinclair Gibson and relevant correspondence from both Sinclair Gibson and Clyde & Co were addressed to PA personally, and PA produced no invoices from Clyde & Co to support his contention that the firm was acting for Pier or billing them. Indeed, one invoice from Sinclair Gibson referred to professional charges in relation to PA’s personal family affairs. PA had not disclosed the client care letters from either firm, which would have assisted him in confirming the identity of the client. There was no reason why Pier should have incurred any legal costs in the substantive proceedings in any event.

Overall, Cobb J found that PA breached the freezing order of 22 March 2019, and that such breaches were deliberate (i.e. he was satisfied that PA made or procured the payments knowing that they were in breach of the freezing order).

Cobb J was keen for the issue of sanction to be listed soon after the hearing. He said that he would deal with PA’s renewed application to vary the terms of the freezing order entirely separately, and offered to do so on the basis of written submissions.