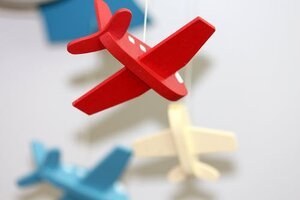 The Court of Appeal was concerned with an appeal from a decision of Nicholas Cusworth QC (sitting as a Deputy High Court Judge). By that decision Mr Cusworth QC had determined that the proceedings concerning the parties’ children were subject to the 1996 Hague Child Protection Convention (‘the 1996 Hague Convention’) for the purposes of the lis pendens provisions in article 13.

F argued that the judge’s decision was wrong in that the 1996 Hague Convention does not apply to the English proceedings because of the effect of article 61 of the Council Regulation (EC) No 2201/2003 (“BIIa”), this case being a “transitional” case in which BIIa still applies to the UK. This was based on his contention that the children were habitually resident in England and Wales at the date of the commencement of the English proceedings.

M’s position was that the judge was correct that the lis pendens provisions of the 1996 Hague Convention apply because the effect of article 62 of BIIa was to give the Convention precedence.

Three grounds of appeal were raised by F, but Moylan LJ (‘the judge’, giving the leading judgment with which Newey and Baker LLJ agreed) focussed only on the first ground, which was that the judge had misinterpreted and misapplied articles 61 and 62 of BIIa.

The judge set out the background, noting that the parties had two children and that F had initiated proceedings in November 2020. M disputed the English court’s jurisdiction, contending that the children were habitually resident in Russia. A hearing was listed to determine habitual residence, but this had not yet taken place. M then made a series of applications (the first - crucially - on 28 October 2020) to the Russian court to determine the children’s residence. The first two were not accepted by the Russian court for want of jurisdiction, but the third one was accepted in November 2020. In January 2021 the Russian court “reconsidered and accepted” M’s first application in October 2020.

Shortly afterwards, in January, the English proceedings came before Mr Cusworth QC, who determined that the Russian proceedings were first in time. At this hearing M raised her contention that article 13 of the 1996 Hague Convention operated to require a stay of the English proceedings. At the next hearing in March 2021 the judge made the order under appeal.

Counsel for F argued that Mr Cusworth QC had misinterpreted articles 61 and 62 of BIIa, submitting that article 61 mandates that BIIa applies to the proceedings if the children are habitually resident in England and Wales at the relevant date which, per F, was the date on which the English proceedings commenced.

In relation to article 62, counsel for F argued that this provision only applied where matters were being dealt with which did not have an equivalent in BIIa (i.e., not parental responsibility or jurisdiction, which are dealt with by BIIa).

Counsel for M submitted that Mr Cusworth QC had been correct in that the situation in these proceedings was not “governed by” BIIa because article 19 did not apply. Consequently recourse could be had to the 1996 Hague Convention.

The judge set out the applicable law, starting with BIIa, which he noted had come into force substantially in 2005 and by Art 1 applied, inter alia, to “the attribution, exercise, delegation, restriction or termination of parental responsibility”.

Section 2 of BIIa deals with the different grounds of jurisdiction:

Section 3 has provisions dealing with when a court is seised (Art 16) and with lis pendens (Art 19). Art 19 provides that the court second seised of proceedings relating to parental responsibility with the same child and cause of action - as between two Member States - will stay its proceedings and decline jurisdiction when it is established that the other court is first seised.

Art 60 establishes that BIIa takes precedence over a number of listed Conventions (not including the 1996 Hague Convention).

The relationship between BIIa and the 1996 Hague Convention is dealt with in Arts 61 and Art 62:

Relation with the Hague Convention of 19 October 1996 on Jurisdiction, Applicable law, Recognition, Enforcement and Cooperation in Respect of Parental Responsibility and Measures for the Protection of Children.

As concerns the relation with the Hague Convention of 19 October 1996 on Jurisdiction, Applicable law, Recognition, Enforcement and Cooperation in Respect of Parental Responsibility and Measures for the Protection of Children, this Regulation shall apply:

(a) where the child concerned has his or her habitual residence on the territory of a Member State;

1. The agreements and conventions referred to in Articles 59(1), 60 and 61 shall continue to have effect in relation to matters not governed by this Regulation. [my italics]

2. The conventions mentioned in Article 60, in particular the 1980 Hague Convention, continue to produce effects between the Member States which are party thereto, in compliance with Article 60.”

The judge noted in relation to Art 62 that “matters” are not the same as “proceedings”. Matters appeared to imply a broader subject-matter going beyond equivalent proceedings. This issue would be central to the judge’s decision.

The judge turned to the Borras Report which explained the basis of the predecessor provision to Art 60 BIIa, drawing the following conclusions:

The judge then reviewed the EU Practice Guide, noting that it provided clear guidance as to when BIIa prevails over the 1996 Hague Convention. The judge concluded that, under Arts 61 and 62, BIIa applies if the child is both habitually resident in an EU Member State and the 1996 Hague Convention does not have effect in relation to matters such as parental responsibility and jurisdiction because they are governed by BIIa.

The judge noted that Mr Cusworth QC appears to have drawn support from the recast BIIa (which was not applicable to this case), which provided at Art 97(2)(c) that:

However, the judge disagreed with Mr Cusworth QC’s approach, concluding that the drafting of the recast Regulation represented a “thorough revision” to BIIa, rather than a continuation of it, since the recast Regulation had been drafted to remedy defects in the original BIIa, and had made significant changes in this exact area.

The judge then turned to the provisions of the 1996 Hague Convention:

The judge then referred to a number of authorities:

The judge first dealt with Art 61 BIIa, stating that Art 61(a) provides straightforwardly that BIIa “shall apply” if the child who is the subject of the proceedings is habitually resident in a Member State. He therefore did not agree with Mr Cusworth QC that Art 61’s wording in some way pre-supposed that BIIa would apply to the specific situation in question, citing UD v XB as being clear authority that the application of BIIa did not need to be predicated on a relationship between states (e.g., such as them both being Member States).

The outcome of this would be that - if the child was habitually resident in England and Wales qua a Member State - Art 8 would apply and BIIa would take precedence over the 1996 Hague Convention.

The judge dismissed the relevance of Art 61(b), which he held only deals with intra-EU enforcement of an order made in a Member State, including where the child is habitually resident in a third state.

The judge then moved on to deal with Art 62 BIIa, noting that this provision addresses the relationship between the listed Conventions and the BIIa in general terms and specifically provides that the Conventions will continue to have effect in relation to matters (i.e., not “proceedings”) which are not governed by BIIa.

The central issue here was that the lis pendens provisions in Art 19 BIIa did not apply in this case because the other state was not a Member State. Therefore, on one reading, Art 62 appeared to suggest that the 1996 Hague Convention should take precedence over BIIa on the basis that lis pendens was a “matter” which was not governed by BIIa in this case (depending on how you construe “matter”, e.g., as a cause of action). The judge took a different view though, holding that lis pendens is a “matter” within the broad category of “jurisdiction”, and this broad category was in fact something governed by BIIa.

In reaching this conclusion the judge distinguished JKN v JCN and Mittal v Mittal on the basis that they were concerned not with Arts 61 and 62, but with para 9 of Sch 1 DMPA 1973. Moreover, these decisions relied on when one could stay proceedings, whereas the judge placed great emphasis on the wording of Arts 61 and 62 as concerning broader matters which were not governed by BIIa.

The judge admitted that paragraphs of Art 52 BIIa seemed to imply a different conclusion than the one he had reached, but he drew on the Borras Report in determining that notwithstanding the wording of Art 52, its meaning and effect did in fact support his position.

The judge held that the substantive legal matter in this case was parental responsibility, which was expressly governed by BIIa. Moreover, the rules as to jurisdiction were also governed by BIIa. Further, the fact that Art 19 BIIa was not engaged because the matter did not arise between Member States did not mean that lis pendens provisions more broadly were not governed by BIIa. Accordingly, BIIa governed the jurisdictional issue and Mr Cusworth QC had been wrong to grant the stay, applying the 1996 Hague Convention.

The judge therefore allowed the appeal on the first ground, deciding not to deal with the other grounds. He set aside Mr Cusworth QC’s determination. The next stage in this case will presumably be for the court to determine whether or not the children were indeed habitually resident in England and Wales at the relevant time.