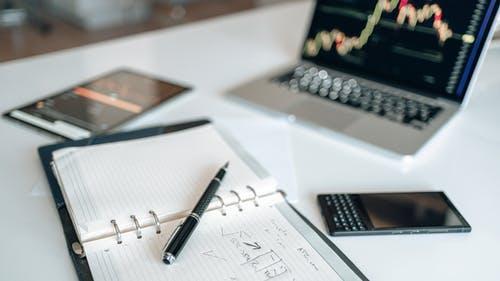 The Court of Appeal considered how a court should assess reasonable and immediate needs when faced with an application for maintenance pending suit.

The Court of Appeal heard an appeal made by Amita Rattan (“W”) against an order made by HHJ Oliver (“the Judge”) in January 2020. That order of HHJ Oliver itself followed the hearing of an appeal made by Tushar Kuwad (“H”) against a maintenance pending suit (“MPS”) order in the sum of £2,850 pcm made by DDJ Morris (“the DDJ”) in October 2019.

The Judge had allowed H’s appeal, and had set aside the order of the DDJ principally on the basis that the DDJ had failed to apply the law appropriately, in that she had not undertaken any critical analysis of W’s needs, in particular as to which items listed in W’s budget comprised her immediate expenditure needs. Although the Judge said he was sure there was a need for maintenance, he did not consider that he was in a position to determine what alternative amount should be ordered.

H and W were aged 44 and 42 respectively. There were two children of the family: W’s child by a previous marriage (aged 17) and the parties’ child (aged 9). The parties married in 2009 and separated in March 2019. W commenced divorce and financial remedy proceedings in April 2019.

In July 2019, W applied for MPS, including an order in respect of school fees. In her supporting statement, she set out her income needs. Those replicated the needs she had set out in her Form E, and totalled just under £4,900 pcm. After deducting her anticipated income from working as a teacher, W calculated an ongoing monthly income shortfall of £2,830, and sought school fees in the sum of £650 pcm on top of that. W also sought additional sums to pay for ‘essential repairs to the house such as heating, hot water, stove fan, oven’ and other items, at a cost of £3,250.

W set out that H worked as a software consultant, and received a high level of salary and dividends. She said he had transferred a total of £285,000 from his company to India between April and June/July 2019. In his statement in response, H said that his job had come to an end in August 2019 and that he had received no income since then, and that he could not obtain employment. He put his outgoings at £4,500 pcm, and said he owed his brother £250,000 and had ‘director loan debts’ of £300,000.

The hearing before the DDJ

At the hearing in October 2019 before the DDJ, W’s written submissions included a summary of the law, which included that the ‘focus’ of the application was to meet ‘immediate needs’. In her judgment, the DDJ noted that she had been referred to the ‘well-known law in terms of maintenance pending suit’.

The hearing before the Judge

H appealed the order of the DDJ. The focus of his appeal was that the DDJ had failed to direct herself on the applicable law relating to an application for MPS. H said that the usual approach was to examine a specific budget of immediate expenditure needs to deal with short-term cash flow problems, but that in her judgment, the DDJ had failed to analyse W’s budget, identify what part of W’s budget was reasonable and essential expenditure, analyse H’s budget and his needs, and had made unreasonable assumptions as to H’s available financial resources.

The Judge held that:

The appeal was allowed because of the lack of critical analysis of W’s needs, the inclusion of the school fees, and the assumed reduction in the mortgage instalments of £600 pcm. However, the Judge did not consider that he was in a position to decide what order should be made in place of that made by the DDJ.

Moylan LJ set out the law on MPS. He said that s22 is a ‘very broad statutory power which extends to the court making such order as the judge “thinks reasonable”’ [31]. The broad nature of the statutory power ‘means that the manner in which it should be exercised is contained in guidance given by the courts’, although that guidance ‘does not, however, detract from the substantive requirement being only that the order must be reasonable’ [32].

It is clear that the purpose of an MPS order is to meet immediate needs. Moylan LJ stressed that ‘the particular circumstances of each case will determine on which issues the court will need to focus and the degree of scrutiny which will be required’ [33]. However, ‘[i]n every case the key factors are likely to be the parties’ respective needs and resources and, as was also set out in TL v ML, at [124(ii)], the “marital standard of living” but beyond that, the court’s approach will be tailored to the facts of the particular case’ [33]. While in most cases, the financial resources will probably not be sufficient to enable the marital standard of living to be maintained by both spouses, separation does not of itself provide a reason for that standard to be reduced.

Moylan J analysed some of the case law on MPS. In particular, he noted the following:

H argued that the Judge was right to conclude that the DDJ had failed to undertake the require critical analysis of W’s income needs, had been wrong to include school fees as part of the MPS order, and was not entitled to order H to take steps to reduce the mortgage payments by changing to a fixed rate mortgage. H specifically criticised the DDJ for failing to assess in any way the budgets of either party. H identified items in W’s budget which he said were not ‘immediate’ income needs, and submitted that, although the court has a wide discretion, MPS should only be ordered when necessary. (Moylan J noted that this submission was based upon BD v FD, which, he again stressed, had ‘no application to the circumstances of the present case’ [43].)

W submitted that the DDJ had applied the right legal approach in undertaking a broad assessment when determining what maintenance was reasonable. Rather, the Judge’s application of the case law was flawed.

W argued that she was seeking no more than her basic income needs, as set out in her Form E and replicated in her MPS application. She questioned how the Judge’s approach would work in practice, where e.g. he had criticised her inclusion as an income need of £12.50 pcm for a TV licence, but where W would not have been able to return to court to obtain the sum required when her quarterly TV licence payment actually became due.

W also told the court that H had agreed to changing the mortgage terms during the hearing before the DDJ.

The decision of the Court of Appeal

Moylan LJ, with whom Asplin and Macur LJJ agreed, disagreed with the Judge’s decision that the DDJ had failed to undertake a critical analysis of W’s needs. Moylan J had ‘no doubt that the DDJ undertook a sufficient analysis of the wife’s income needs’, and she ‘clearly accepted, as she was entitled to do, the wife’s budget as representing her reasonable income needs’ [48].

It was set out by Moylan LJ that ‘[t]he court is required to undertake such analysis as is sufficient to be satisfied that the ultimate award is “reasonable”. In some cases this might require a detailed examination of a budget, in others, such as the present case, it will be immediately apparent whether the listed items represent a fair guide to the applicant’s income needs’ [48].

Moylan LJ did not consider that the Judge was right to exclude certain items from W’s budget as not being immediate expenditure needs. He said at [49]:

‘The word “immediate”, in this context, does no more than reflect the fact that the court is concerned with an order for maintenance pending the final resolution of the financial dispute between the parties. However, the use of this word does not mean that the court should embark on the type of exercise undertaken by the Judge in this case. The fact that some items of expenditure are not incurred every month does not mean they should be excluded for the purposes of determining what maintenance is reasonable.’

Since the Form E requires income needs to be set out on an annual, monthly or weekly basis, they will ‘necessarily be averaged over the relevant period’, and since maintenance is typically ordered to be paid monthly, similarly ‘it is inevitable that this will require expenditure to be averaged’ [50]. However, this ‘does not mean that any of those needs are to be excluded for the purposes of maintenance pending suit’ [50]. Moylan LJ echoed W’s submission that she could not return to court when the relevant expenditure actually arose. The Judge’s approach was ‘unrealistic and would require far too detailed an analysis’, and would ‘also be inconsistent with the broad analysis undertaken for the purposes of determining an application for maintenance pending suit’ [50].

Moylan LJ added that ‘it is not necessary for an applicant for maintenance pending suit to provide a list of income needs distinct from that set out in the Form E’ [51].

Regarding school fees, it was stressed that ‘[s]chool fees can be included within income needs and can form part of an order for maintenance pending suit’ [52]. There is ‘no reason in principle why they cannot form part of an applicant’s immediate income needs’, nor why they have to be sought in a separate application [52]. They ‘can simply be included within the one application for maintenance pending suit’ [52].

The mortgage instalments provision was no longer relevant, but Moylan LJ considered that, had the mortgage not been switched to the (cheaper) fixed rate arrangement, it would have been open to the DDJ to increase the maintenance payments to reflect the greater needs of W.

There was therefore no basis on which the Judge could properly interfere with the DDJ’s decision. The DDJ had undertaken a sufficient analysis of the relevant factors to support her decision: she had accepted that W’s listed needs were reasonable, she was entitled to include the amount sought for school fees, she took into account W’s likely income, and she analysed H’s budget and the parties’ cases as to his resources and determined that he had sufficient resources to meet W’s income needs as well as his own.

Moylan LJ commented that it was ‘unfortunate that the Judge simply decided to allow the husband’s appeal without making an alternative maintenance order. Having regard to the fact that the purpose of maintenance pending suit is to meet current needs, and to the pressure on the court lists, I would suggest that it would be appropriate for a court determining any appeal also to determine, if allowing the appeal, what alternative order, if any, should be made’ [55].

The appeal was therefore allowed and the Judge’s order (including a costs order he had made) was set aside. The MPS order made by the DDJ was to be restored (save for the paragraph which dealt with the mortgage).