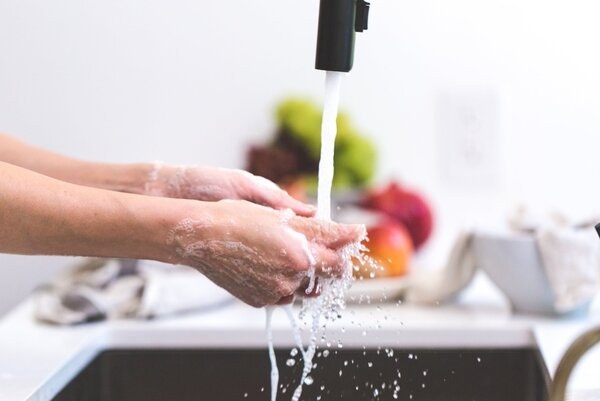 H's Barder application to set aside parts of financial order due to the impact of Covid is dismissed.

The District Judge justified this departure from equality by reference to H’s retention of the most valuable asset - a business providing school meals (“the business”).

In March 2020 all schools were closed as a result of the Covid-19 pandemic.

On 29 April 2020, H applied pursuant to FPR r 9.9A to set aside parts of the final order. He did this on the basis that the arrival of the pandemic was both unforeseen and unforeseeable, and that its impact had caused devastating financial consequences which invalidated the fundamental assumptions on which the final order was based.

As such, H’s application was made pursuant to the principles propounded in Barder v Barder [1988] AC 20.

As such Mostyn J had to determine the following preliminary issues:

Once the applicant has proved all five conditions, he must then establish sufficient grounds to justify a set-aside of the order.

It is at this point that there is a residual discretion as to whether a set-aside should actually be ordered.

In Cornick v Cornick [1994] 2 FLR 530 at 536, Hale J identified three possible scenarios where following the final hearing the figures used for the values of the assets changed substantially:

“(1) An asset which was taken into account and correctly valued at the date of the hearing changes value within a relatively short time owing to natural processes of price fluctuation. The court should not then manipulate the power to grant leave to appeal out of time to provide a disguised power of variation which Parliament has quite obviously and deliberately declined to enact.

(2) A wrong value was put upon that asset at the hearing, which had it been known about at the time would have led to a different order. Provided that it is not the fault of the person alleging the mistake, it is open to the court to give leave for the matter to be reopened. Although falling within the Barder principle it is more akin to the misrepresentation or non-disclosure cases than to Barder itself.

(3) Something unforeseen and unforeseeable had happened since the date of the hearing which has altered the value of the assets so dramatically as to bring about a substantial change in the balance of assets brought about by the order. Then, provided that the other three conditions are fulfilled, the Barder principle may apply. However, the circumstances in which this can happen are very few and far between. The case-law, taken as a whole, does not suggest that the natural processes of price fluctuation, whether in houses, shares or any other property, and however dramatic, fall within this principle.”

Category (3) is the sole true Barder case. As such, the five conditions must be satisfied and the new event must have been unforeseeable.

When assessing whether a new event was unforeseeable in a case where it is said that the event has caused a major shift in the value of the assets, Mostyn J considered that the court should principally focus on the economic impact of the event rather than its cause or nature.

As such, Mostyn J found that the answer to the first question - Is Covid capable of being a Barder event? – is “probably not”. But, as always, it depends on the specific facts of the case.

Although the turnover of the business was hit hard following the initial lockdown in March 2020, it availed itself of the furlough scheme. In addition, it took a low interest Coronavirus Business Interruption Loan from the government. As a result, the accounts showed that between 1 January 2020 and 30 June 2021, which covers the Covid period, the net assets of the business increased from £939,000 to £1.2 million, and the cash at the bank increased from £830,000 to £1.8 million.

All pupils returned to school in September 2021, but the H claimed, in March 2021, that this did not mean that the business could resume “trading fully immediately”. H also produced a document which suggested that, as a result of the decrease in turnover and the increase in costs caused by the pandemic, the business’s operating profit would reduce from £734,000 to a loss of £206,000 (October 2020-October 2021).

Mostyn J was sceptical of H’s figures but noted that, even if he hadn’t been, he could not accept that “the events that caused these unwelcome movements in turnover and costs of sale were unforeseeable or that they have invalidated a fundamental assumption on which the order was based” [33].

Further, it was clear that the basis for District Judge Hudd awarding H a greater than equal share of the assets was that he would be retaining assets which were risky.

However, there were two other possible routes of relief open to H:

In Thwaite v Thwaite [1982] Fam 1, Ormrod LJ identified two routes to extinguish the lump sum order made in that case:

The first route has been superseded by the decision in Barder, which propounded a much stricter test for the grant of leave to appeal out of time.

The second confirms the existence of an equitable jurisdiction to refuse to enforce an executory order if, in the circumstances prevailing at the time of the application, it would be inequitable to do so. However, the reasoning in Thwaite does not support the idea that there is an equitable power to make a completely different order in its stead.

The court possesses the power to lengthen the time for the payment of a lump sum, or to grant a stay of their payment, but not for longer than a short period. Such capital awards are not variable in their overall quantum under s. 31 of the Matrimonial Causes Act 1973 and so, the Barder doctrine aside, it must follow that there is no power to award a permanent stay of execution of the payments, let alone a power to replace the lump sums with alternative provision. Mostyn J concluded that to “decide otherwise is to repudiate the binding precedent of Barder” [55].

Mostyn J analysed cases which, since his decision in SR v HR, have held that the court did have the power to rewrite an executory final order to provide for something completely different to that which it originally stated. “With great respect”, he did not agree with these decisions [63].

Thus, given the uncertainty surrounding the availability of this relief, Mostyn J concluded that it was not realistically available to H for the purposes of the Barder condition.

A lump sum by instalments?

With reference to the Law Commission report, Financial Provision in Matrimonial Proceedings (Law Com No. 25, 24 July 1969) and a list of subsequent authorities, Mostyn J found that the “emphatic recommendation” was that the variation of a lump sum payable by instalments could not alter its overall quantum [71].

As such, in Mostyn J’s judgement, notwithstanding that the order in this case was to be characterised as a lump sum payable by instalments, it is not variable as to overall quantum. The overall quantum could only be set aside or altered under the Barder doctrine.

H had failed to establish sufficient grounds to satisfy the first Barder condition. As such, his application was dismissed.

Mostyn J had originally intended to only grant anonymity to the children in this case, but had been swayed by the submissions made on behalf of H.

Mostyn J accepted that the current convention is for a judgment on a financial remedy application to be anonymised, although the decision whether to do so reposes in the discretion of the individual judge.

However, Mostyn J “no longer held the view that financial remedy proceedings are a special class of civil litigation justifying a veil of secrecy being thrown over the details of the case in the court’s judgment” [105];

“it should be clearly understood that my default position from now on will be to publish financial remedy judgments in full without anonymisation, save that any children will continue to be granted anonymity. Derogation from this principle will need to be distinctly justified by reference to specific facts, rather than by reliance on generalisations.” [113]