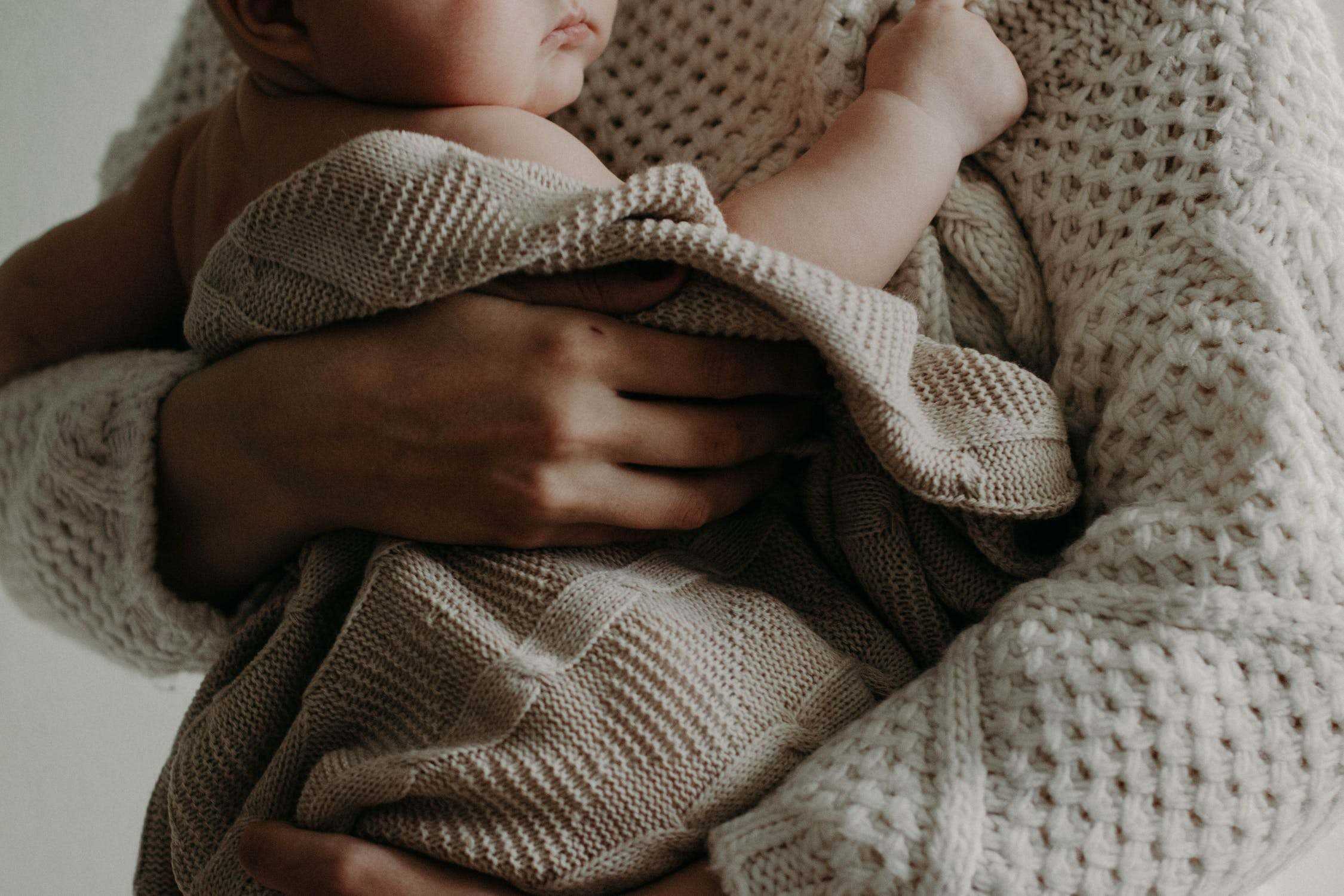 Cobb J was concerned with interim applications made under Schedule 1 to the Children Act 1989 in respect of a child who was just three weeks old.

The mother (“M”) had launched proceedings when the child, Zoe, was one day old. She sought a legal costs funding order in relation to Schedule 1 to and section 8 of the Children Act 1989, and interim financial provision for Zoe.

The parties first met in or about 2017, and then met again in late 2019 when M was living in New York. Their relationship developed swiftly in early 2020, and M moved in with F. The lifestyle the parties enjoyed together reflected F’s wealth. The parties had discussed marriage, and in February 2020, F asked M’s father for M’s hand in marriage. At about that time, M became pregnant.

In the weeks that followed, the relationship rapidly deteriorated. M appeared to spend lavishly (purchasing luxury items) on F’s credit card, and F claimed that it was her extravagance which strained the relationship, despite his attempts to limit her profligacy.

In March/April 2020, after the parties had lived together for several weeks, F proposed that they should live separately. He suggested that M should move to a rented luxury seafront villa, for which the monthly rent was $15,000. M used that figure as a benchmark for what she claimed were her reasonable accommodation needs with Zoe.

In July 2020, M left State A and travelled to F’s home in State B, before then moving back to England, without prior notice to F. She returned to her family home, where she was still living at the time of the hearing.

After M returned to the UK, the parties appeared to have entered negotiations regarding a pre-nuptial agreement, with a view to reconciliation and marriage. Although there was some dispute about whether those discussions were ‘without prejudice’, the details were shared with Cobb J. There were proposals that F make significant financial provision for M and Zoe, including a $15,000 pcm rental property, an $120,000 tax free annual allowance, a (leased) Range Rover, and a nanny (at a cost of $60,000 pa). On 2 September 2020, F proposed to pay $200,000 as an advance for M’s living expenses, in response to which M said the sum should be paid by 4 September 2020 or there would be no further discussions. F did not pay the sum, and the discussions ultimately came to nothing.

In mid-September 2020 (before Zoe was born), F issued proceedings in State A in relation to paternity, custody and child support. He took this step to ensure that State A was seised of jurisdiction in relation to welfare and financial issues relevant to his unborn child. Later that month, F offered M $10,000 to cover the costs associated with Zoe’s birth, and then $10,000 pcm for M thereafter.

Zoe was born in late October 2020, and M launched English proceedings on the day after her birth. M registered Zoe’s birth with her surname only, and did not register F’s details. However, she had subsequently confirmed that she would arrange for F’s details to be added to Zoe’s birth certificate, and it appeared that the dispute about Zoe’s surname had narrowed to whether or not the parties’ surnames should be connected by a hyphen. M said that she wished to encourage and facilitate F’s relationship with Zoe.

M claimed that without legal costs funding provision, she would be unable to fund the litigation.

In terms of her claim for interim maintenance, M said that Zoe was entitled to be provided for to a standard of living broadly equivalent to that which she would have enjoyed had her parents remained together in the US, which F currently enjoyed, and/or which was referable to the standard of living which F had offered to M when M and Zoe were still in the US, and/or which was contemplated under a version of the proposed pre-nuptial agreement.

M proposed to live in London, and sought a rental allowance of c. £9,500 pcm, the cost of a full-time nanny, and a high-performance car. She was scornful of F for not running a ‘millionaire’s defence’.

F accepted that despite his issuing of proceedings in the US before Zoe’s birth, the English court should exercise jurisdiction given Zoe’s habitual residence. He made:

F emphasised the shortness of the relationship, and argued that M had presented an ‘exorbitant’ claim before the court. He said that M could rent a property close to her family home in the north east of England for £2,000-£2,300 pcm, and that she did not need a full-time nanny because she did not work. He claimed that he did not have access to an unrestricted cash flow, and that his outgoings outstripped his income.

Cobb J did not consider it was necessary for M’s debts to legal firms other than Hunters to be settled in order for her to maintain her current representation. He did not find that, if those other firms went unpaid, M would not reasonably be able to obtain appropriate legal services for the proceedings going forward.

However, since Hunters were currently instructed by M, Cobb J took the view that ‘it is neither fair nor reasonable to expect the firm, and chosen counsel, to offer unsecured interest-free credit in order to undertake their work’ [30]. He was satisfied there was no other legitimate or accessible funding stream, and that Hunters should not carry a significant debt in working for M unpaid since ‘the firm is not a charity, nor [is it] a credit agent’ [30].

Cobb J had to be satisfied that M could not reasonably obtain legal advice and representation at the appropriate level of expertise by any means other than an order.

Cobb J did not understand M’s claim for nearly £95,000 for the section 8 proceedings, since there was no real indication of any significant dispute between the parties. He therefore awarded M £25,000 for those proceedings.

Costs of setting up a home for Zoe in England

Cobb J was satisfied that M would need a sum to relocate and set up a home for herself and Zoe (with furniture and appliances etc.) in London. M had claimed £78,000 for this, but Cobb J thought that the claimed relocation and set up costs of £9,000 were excessive, and so awarded M £70,000 in total. He awarded M a sum of up to £15,000 (payable by F directly to the landlord) for a deposit on a rental property.

Cobb J bore in mind ‘the extraordinary wealth of the father, and his luxurious standard of living, and the importance (and fairness) for Zoe in being raised by her mother in an environment which bears at least some relation to that’ [42]. He was focused primarily on achieving suitable temporary accommodation for Zoe and M, and on fixing a reasonable household budget for them.

This was ‘a somewhat unusual case’, in that because Zoe was only a few weeks’ old, ‘there is no sense in which Zoe has become accustomed to a certain standard of living’, and she would not have any appreciation of a ‘potential or perceived disparity in her parents’ standards of living’ [44]. Indeed, Cobb J had no real sense of M’s standard of living before she met F, or of M’s family’s standard of living.

Cobb J assessed M’s claim as being ‘overvalued, and in some respects unrealistic’ [45]. An example of this was M’s demand for 21 hours of domestic cleaning per week, in addition to a full time nanny. He was surprised by a passage in M’s statement in which she had said:

This was in addition to the fact that the property particulars she had supplied were in (1) Chester Place, Regents Park, NW1 (a Grade I listed Nash terrace), (2) Paddington Gardens, W2, and (3) a penthouse in St. John’s Wood, NW8. She had also said that she should drive a high-performance Range Rover ‘to take [Zoe] to appointments and to do grocery shopping’.

Cobb J therefore made an award which was ‘designed to achieve a good-to-luxurious lifestyle for Zoe (and therefore the mother) in London, where the mother wishes to live, with full time nanny support’ [46]. He considered that ‘[f]or the next 6 months or so, this, it seems to me does justice to the case’ [46]. The award was as follows:

M was required to give an undertaking to repay to F such part of the amount awarded in respect of the costs allowance if, and to the extent that, she ought to do so at the conclusion of the proceedings.

F was required to give an undertaking forthwith to take out suitable life insurance on himself for the benefit of Zoe, and health insurance for M and Zoe.