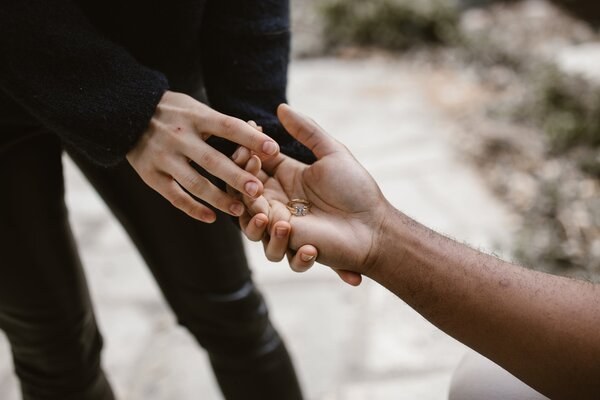 “An Exercise in Self Destruction”: Azarmi-Movafagh v Bassiri-Dezfouli [2021] EWCA Civ 1184

The second appeal in a financial remedy case in which the costs had become so disproportionate relative to the assets that King LJ described the course of litigation as “an exercise in self destruction”.

Kianoosh Azarmi-Movafagh (“H”) and Sorour Bassiri-Dezfouli (“W”) were both in their fifties. They had one child (“T”) who was 8 years old. The parties contracted an Islamic marriage which was followed by a civil marriage in March 2007.

The marriage ended in December 2017 following two incidents of violence on H’s part. H was acquitted in criminal proceedings, but a finding was made on the balance of probabilities at a fact-finding hearing in Children Act proceedings that he had been violent to W.

W had been the breadwinner throughout the marriage whilst H had a significant role in caring for T. H had no assets and, at the time of proceedings, was living in a rented one-bedroom flat and receiving universal credit.

The trial took three days. The Circuit Judge (“the judge”) found that H’s contribution to the marriage was significantly more than that alleged by W, but significantly less than claimed by H.

The judge concluded that this was a “needs” case and that H needed £400,000 to buy himself a property that would be suitable for T to come and stay in. Additionally, the judge ordered a further £25,00 to cover the cost of purchase and the purchase of a small car.

As of 7 August 2019, when the judge made his order, H’s costs were c.£187,000. This included the financial remedy claim, the Children Act proceedings, and money spent in relation to the criminal proceedings. H’s other debts were added to the costs of litigation leading to a total indebtedness of c.£257,000. The financial remedy proceedings had been substantially funded by way of a litigation loan of c.£120,000, and H’s sister had raised an additional c.£123,000 by way of a mortgage on her home. The money was substantially used towards costs but included an element towards living expenses.

The judge recognised the validity of H’s argument that if there were no provisions for H’s debts then his needs would not be met. As such, the judge went on to award H the sum of £200,000 towards his costs making a total lump sum of £625,000. This was to be paid on a clean break basis.

King LJ noted, however, that the judge had failed to fully cross check the award. Whilst he had looked at the proportion of assets being awarded to H, he had not gone on to calculate the net effect of the award to W. W had her own significant debts largely in the form of costs totalling c.£300,000. Using the ‘effectively agreed’ figures before the judge, W, after payment to H of £625,000, would have net assets remaining of c.£1,410,000 of which £355,000 is the equity in the former matrimonial home. W’s rental income would inevitably be reduced as a consequence of raising the lump sum ordered by the court, but she would continue to have her practice at the Bar. The payment to the husband of £625,000 would leave him with £57,000 of debts outstanding.

W’s application for permission to appeal was granted by Cohen J who commented that “[he] would add only that no consideration seems to have been given to some of the respondent’s costs being a charge upon the new property” [21].

A substantial part of Judd J’s judgement was concerned with the rejection of W’s continued opposition to H receiving any award whatsoever. Judd J did, however, allow the appeal to a limited extent.

Judd J did not alter the housing budget of £425,000 and concluded that H should still be paid the sum of £625,000 so that H could purchase a property and repay his debts.

The £200,000 referable to his costs should however, Judd J held, form a charge on the property bought by H as a percentage equivalent to the sum that £200,000 would bear to the purchase price “repayable to the wife on the husband’s death, remarriage or permanent cohabitation” [26]. Judd J made provision for the charge to be transferred to a subsequent property and also said that given H’s age, she did not think it realistic for the charge to be realised when T becomes 18.

No reason was given as to why Judd J preferred a charge as opposed to a direct payment, other than that the judge had been wrong to allow H the lion share of his costs, especially when there had been a finding of violence against him in Children Act proceedings.

Judd J concluded by making an order for costs of £25,000 against H because W had succeeded in part on her appeal.

Grounds for the Second Appeal

Both parties sought to challenge the order of Judd J.

The role of the Appeal Court

King LJ offered a “firm reminder” that the appeal court should only interfere with the decision of the first instance judge if they are satisfied that they were wrong and that their decision was beyonf the generous ambit within which disagreement is possible [38].

Relying on Lord Hoffman in Piglowska v Piglowski [1999] WL 477307; [1999] 2 FLR 7643 HL, King LJ stressed that “To allow successive appeals in the hope of producing an answer which accords with perfect justice is to kill the parties with kindness” [36].

The use of deferred charges in financial remedy cases

Whilst Cohen J had mentioned the prospect of a charge in his case management directions, Judd J had not invited Counsel to make focused submissions on such a possibility.

Had she done, noted King LJ, Judd J would have been reminded of the court’s “ambivalence” towards the use of deferred charges; whilst they remain a useful tool in certain limited circumstances, “it is only rarely that it will be felt that the advantages outweigh the disadvantages of making an order designed to maintain the tie between the parties long after their divorce” [41].

In a case such as this one, a continuing financial link between the parties would serve to feed resentment; W at having “her” money invested in H’s property, and H at being under constant surveillance in order for W to see if he was cohabiting. Ultimately, this would create a “potentially invidious and conflicted position” for T as he moved between the parties [43].

The proper approach to costs in a needs case

Whilst the “no order” principle is the starting, and usually the end, point, the court does retain the jurisdiction to make costs orders in financial remedy proceedings pursuant to FPR r 28.3(6) “because of the conduct of a party in relation to the proceedings (whether before or during them)”.

If a costs order is made against one of the parties as a consequence of their conduct, the court will need then to decide upon which basis those costs should be determined; standard costs or indemnity costs.

Following an examination of first instance authorities, King LJ concluded that the most significant principle to be drawn from them is that the judge has a wide discretion as to the extent to which it is appropriate to order an enhanced lump sum to a party in receipt of a needs award designed wholly or in part to satisfy their outstanding costs bills.

At the centre of the submissions made on behalf of W was that the judge had been wrong to make an order which effectively left W in a worse position than she would have been in had an order for costs been made against her.

W submitted that the court should allow the appeal and the cross appeal but, in the exercise of its discretion, should reduce the lump sum payable to H to £425,000 and leave him responsible for the payment of his costs.

H submitted that the fact that his debts were referable in the main to costs did not provide an established or justified restriction on the judge’s discretion. H said there was no rule requiring a first instance judge to carry out an analysis by reference to the principles applicable to costs orders when deciding whether or not to make a needs award for payments of debts referrable wholly or in part to costs. In fact, it was submitted that it was “entirely conventional” for judges to award payments for debts referrable to costs in needs cases under both the MCA and in Schedule I cases [62].

In King LJ’s judgement, in cases where it is argued that an order substantially in excess of the sum required to meet a party’s assessed needs is sought in order to settle the outstanding costs (or debts referrable to costs) of that party, the judge should (at [63]):

W claimed that the judge’s order approached that which would have been made had an order for costs been made on an indemnity basis, and that this was unfair. However, King LJ held that the fact that a proposed award might amount to the equivalent of an indemnity costs award is not a cap on the judge’s discretionary power to make such award as he or she determines will meet the needs of one of the parties. Similarly, that one party has run up unreasonable costs will be taken into account, but it does not act “as an absolute prohibition” on the making of an enhanced lump sum [64].

King LJ accepted H’s submission that Judd J was in error when she referred to and seemed to take into account that there had been a finding made against H that he had been violent towards W on two occasions. The judge in the Children Act proceedings could have made an order for costs against H if she felt the case fell within the principles of re T, but she did not do so.

Judd J “impermissibly” allowed the fact of that finding to influence her decision notwithstanding that there had been no finding of “conduct” for the purposes of the financial remedy proceedings [72].

King LJ held that the order made by the judge at first instance, which allowed the parties to achieve a clean break, could not be regarded as being outside his wide discretion such that it would be appropriate for the order to be altered on appeal.

Further, Judd J was in error in making an order placing a charge on H’s property. Neither party had proposed a charge, nor had they made submissions on such a proposal until after Judd J’s judgement was handed down. Neither party felt that such a charge was an appropriate outcome and both parties agreed it to be antithetical to a clean break.

Moylan LJ and Newey LJ agreed that the appeal against Judd J’s order imposing a charge on the property H hoped to buy should be allowed.