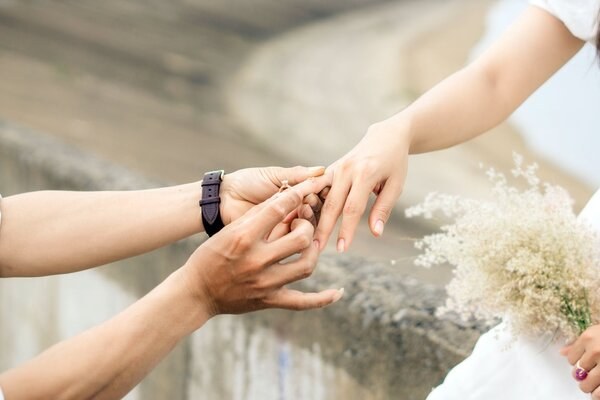 In this case Mrs Justice Arbuthnot (‘the judge’) was concerned with two issues:

The Queen’s Proctor intervened in the proceedings and was represented at the hearing.

This letter was converted by a mosque in Bradford into a divorce certificate on 10 February 2008. A mufti from that mosque gave evidence that this met the initial requirements for an Islamic divorce and but that it had then to be registered with the Union Council in Pakistan in order to be a legal divorce in Pakistan.

The divorce certificate was then sent by the mosque to W in Pakistan, whereupon it was provided to the local Union Council, who provided a document noting:

This procedure was in accordance with the Muslim Family Laws Ordinance in 1961 which governs marriage and divorce in Pakistan.

The marriage eventually broke down and H sought for his marriage to W to be declared a nullity on the ground of bigamy, since W’s first marriage still subsisted.

H argued that the court had jurisdiction to consider the validity of an overseas divorce, pursuant to Domicile and Matrimonial Proceedings Act 1973 and the Family Law Act 1986.

H further argued that W’s divorce proceedings started in the UK but then concluded in Pakistan, meaning that they were transnational.

The Queen’s Proctor agreed with H that the court had jurisdiction to consider the validity of an overseas divorce. He further agreed that because the divorce had taken place between two countries, it was therefore transnational. The weight of caselaw appeared to support his position.

W agreed that the court had the relevant jurisdiction. However, she argued that the divorce should be recognised. Her main argument was that there were public policy reasons for the court to prevent so-called ‘limping marriages’ - i.e., where the marriage is valid in one country but not another. Via counsel, she put forward a number of authorities, the factual backgrounds of which seemed to undermine her submissions.

The law and discussion - second issue

The judge set out the relevant law governing the grounds for recognition of an overseas divorce, annulment, or judicial separation, which is to be found in ss. 45 and 46 of FLA 1986. In summary, the court can recognise an overseas divorce if:

If the divorce was not obtained via ‘proceedings’ (defined in s.54(1) as ‘judicial or other proceedings’, and further by Lord Fraser in Quazi v Quazi [1980] AC 744 as being ‘officially recognised and legally effective in that country’), there were further requirements:

The ‘relevant date’ would be:

The judge considered R v Secretary of State for the Home Department, Ex parte Ghulam Fatima [1986] AC 527 (‘Ghulam’). This case considered the Recognition of Divorces and Legal Separations Act 1971, which preceded the FLA 1986. The husband in this case had pronounced a talaq in England against his wife in Pakistan. He then sent written notice of this to the Union Council in Pakistan, which in accordance with the 1961 Ordinance meant that the marriage would be dissolved after 90 days. The House of Lords held that this could not be recognised as an overseas divorce in the UK because it happened partly in the UK; the ‘proceedings’ were not a single set of proceedings in the same country.

The judge then considered Berkovits v Grindberg [1995] 1 FLR 477 (‘Berkovits’), which post-dated the 1986 Act. In this case a Get was obtained by being written in England and then delivered to the wife in Israel. Wall J had to decide whether Ghulam was good law in the light of the 1986 Act. He determined that it was, and that ‘proceedings’ would have to relate to a process of one authority in one country and that the divorce would not be recognised because it had happened partly in the UK and partly in Israel.

The judge held that, in light of the 1971 and 1986 Acts, as well as Ghulam and Berkovits, she clearly had jurisdiction to consider the issues raised by H.

The judge held that the requirements of s.46(1)(a) and (b) were satisfied, in that the divorce was effective under Pakistani law, and that W was habitually resident in, domiciled in and a national of Pakistan.

The question therefore remained whether the talaq obtained in Pakistan amounted to ‘an overseas divorce’ in line with ss. 45 and 46 of the 1986 Act.

The judge found that Ghulam and Berkovits were clear authority for the divorce not being capable of recognition. She was not convinced by W’s argument that Berkovits ought to be distinguished on the basis that the Beth Din - a Jewish court - was involved in that process. Since the talaq happened in the UK and the pronouncement of the talaq happened in Pakistan, the two crucial parts of the proceedings were not instituted in the same country.

Anonymisation of the judgment

The judge considered CPR rule 32 on this issue. She noted that the judgment did not change the fact that her divorce in Pakistan would appear to be valid. She has therefore not committed bigamy or any criminal offence in Pakistan. She accepted that W might suffer a degree of embarrassment from publication, but determined that this was outweighed by the public interest in encouraging open debate about transnational divorce, which she held would be stifled by anonymisation, since people were less interested in such cases where the parties’ names were not revealed.

Accordingly, the judge directed that the judgment be made public without anonymisation.