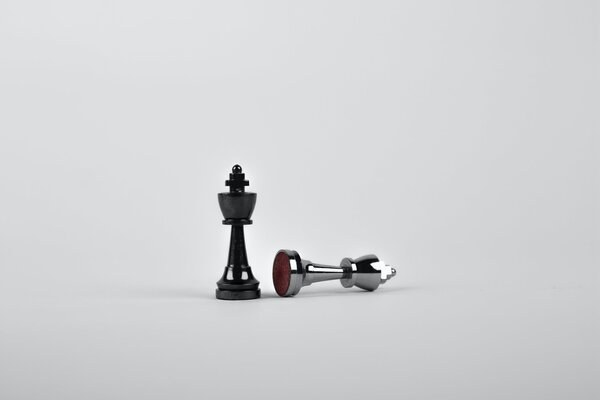 In this case Peel J (‘the judge’) dealt with applications by the wife (‘W’) for Maintenance Pending Suit (‘MPS’) and a Legal Services Payment Order (‘LSPO’). These came about in the context of W’s financial remedies application, which has been stayed pending a jurisdiction dispute. At the outset the judge described this as a “battle royale” in which “the parties agree on nothing.”

The judge reflected that the fact of there being a jurisdiction dispute did not preclude him from making an interim order, but that the court would be cautious about both making an order and the quantum of such an order in circumstances where it may turn out to be based on a false premise, following dicta in cases such as MET v HAT [2013] EWHC 247 (Fam).

H ran a successful hedge fund which collapsed at the end of 2018. Since then, the judge noted that H had been an investor involved in a variety of projects. The impression given was one of a person who was prepared to take large risks whilst seeking large rewards.

The parties lived in London until January 2021 when they moved to another (unnamed) country. H’s position was that this had been intended to be a permanent move, whilst W argued that it was only temporary. By the summer of 2021 the marriage had come to an end. H then applied in June in the other unnamed country for interim measures in respect of the children and (perhaps) divorce.

In August 2021 W came to the UK without H’s knowledge or consent. H then applied for the return of the children under the 1980 Hague Convention. W petitioned shortly afterwards and H disputed jurisdiction and then filed a Form A.

In November 2021 HHJ Robertshaw dismissed H’s application under the Hague Convention. He was denied permission to appeal by the Court of Appeal.

Shortly afterwards the other country (‘Country E’) in which H had made applications found that W was habitually resident in England and declined jurisdiction.

In December 2021 the parties agreed to the financial remedies application being stayed pending determination of the jurisdiction dispute.

A four-day trial is listed to determine the jurisdiction matter. The judge noted that, on this basis, the financial remedy proceedings would likely not start until after the end of 2022.

The issues and evidence

It was common ground that H had not paid W a penny since the end of the relationship in the summer of 2021. Prior to that, the judge was satisfied that H had made available to W ‘largely unfettered’ access to funds enabling her to spend a great deal. This amounted to some c. £43,000 per month between June 2020 and June 2021. In addition to this H would pay for rental costs, staff and other expenses. The judge concluded that the parties’ lifestyle was at the luxurious end of the spectrum, with expensive cars and holidays, occasional private jet travel and access to a number of rented properties.

W had continued, post-separation, to spend c. £70,000 per month on average. This appears to have been sustained by way of W securing personal loans from friends totalling c. £500,000.

The judge noted that W estimated H’s wealth at at least £100 million. H is the CEO of two special purpose acquisition companies (‘SPACs’), which the judge referred to as ABC Holdings and ABC Holdings II.

The judge noted that W had set out in some detail the alleged sources of H’s wealth, but proposed to focus on the most significant alleged assets, including:

H’s case was that his capital was all locked up in long-term, risky investments, and that he only earned £115,000 pa, supplementing this with support from friends and family.

There was some question as to whether W had an interest in a company which had been in the business of providing PPE during the Covid pandemic. H had invested in this business but had only recouped a small part of this investment. He claimed that W had been very well remunerated from this venture. For her part, W claimed to have no interest or control of the company, and to have never had any income from it.

The judge first dealt with the impact of the jurisdictional dispute on any order, concluding that although it was relevant, it did not lead to a limit to funding on the basis of a ‘pessimistic prognosis’, since W had been found by the other country to be habitually resident in England.

The judge then noted that he was in some difficulty in circumstances where he was faced with an interim hearing based only on submissions in which both parties claimed to have no liquid assets and alleged that the other party was a barefaced liar.

He turned at first to H’s resources.

In balancing the need to be circumspect but also to make robust assumptions, the judge noted that whilst W had provided a full run of bank statements for H to analyse, H had not reciprocated. Given the lack of this disclosure, the judge felt that this was an important omission which undermined what H asserted about his income and assets.

Set against that the judge placed emphasis on the fact that prior to separation H had provided large sums to W and had also received millions of pounds from the sale of the London properties and had also invested millions into his business interests, all in 2021. The judge was satisfied that it was highly unlikely that H would have invested so much without leaving enough to meet his own needs. This behaviour was at odds with H’s assertions of impecuniosity. Notably, H was not asserting that any particular event had caused his illiquidity between 2021 and the date of the hearing, rendering him unable to pay.

H had also agreed to a certificate of complexity which put the family assets at £25-50 million in order to secure a transfer to the High Court, and had said that his wealth was £14.5 million in his narrative statement. The judge decided that he was unconvinced by H’s stated liquidity issues, relying on Behzadi v Behzadi [2008] EWCA 1070 to the effect that the owner of property must prove that it cannot be realised. The judge concluded that H had not discharged that burden, and determined that H was broadly able to afford an award.

The judge then considered W’s resources.

He considered H’s argument that W had ample resources derived from her interest in the PPE company. The judge noted that there was a “suspicious side” to W’s involvement in the business, based on a number of WhatsApp messages and emails where she appeared to be very close to one of the major figures in the business. This same person was one of the major lenders to her of the c. £500,000. In the end, the judge concluded that - on an interim evaluation - W did not have access to large sums from this company, since:

Hving decided to make orders, judge the turned to quantification.

He considered W’s interim budget to be “grossly exaggerated”, noting that W’s expenditure since separation had been “irresponsibly excessive”. He determined that almost all items should be pared down significantly, taking a broad Purba v Purba [2000] 1 FLR 44 approach.

The judge therefore awarded in respect of MPS:

The judge expressly declined to award her c. £448,800 to cover her expenditure between separation and her application, since he concluded that she had made the choice to borrow money rather than apply for MPS.

As to the LSPO, the judge ordered payment of:

The judge determined further that in the absence of H making an offer, W was prima facie entitled to her costs of the hearing. However, the judge decided to subsume this within the award.

The judge concluded by noting that H had made a specific disclosure application against W in relation to the PPE business, which W opposed. The judge decided to make this order on the basis that it would hopefully lay the issue to rest.

Mr Justice Peel will be speaking at the At A Glance Conference 2022 on Wednesday 12th October 2022.