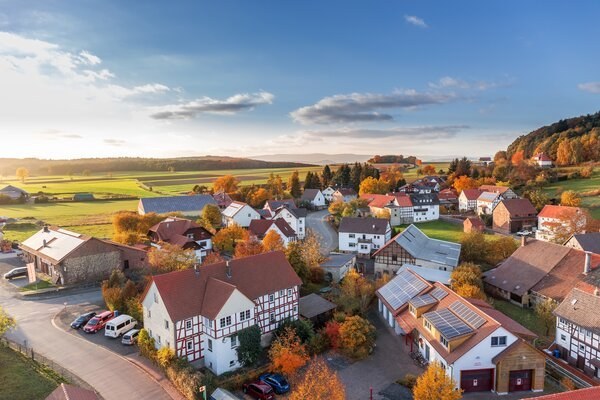 HHJ Hess considered whether a consent order, a term of which was that the wife would pay the husband a lump sum in return for retaining the family home, should be set aside in circumstances where it was later discovered that the cladding with which the family home was built meant that the wife could not in fact raise the agreed lump sum by way of a re-mortgage of the property.

The wife (“W”) was 44, and the husband (“H”) was 51. Both were qualified barristers, with H working as an employed barrister for the Government and W working for an international bank in the City. The parties began cohabiting in 2005, and married in 2007. They had two children together, aged 14 and 10. They separated in January 2019.

In September 2019, at the FDR in the financial remedy proceedings, the parties reached an agreement. In accordance with the Xydhias guidance, a Heads of Agreement document was drawn up and signed by the parties and their respective counsel. That agreement involved W paying H a lump sum of £300,000 in return for her retaining the family home (a flat in East London).

Not much in court was said as to how W was expecting to be able to borrow the extra £300,000, although it had since become clear that W’s intention on the day of the FDR was to borrow additional funds from the existing mortgagee, Yorkshire Building Society (“YBS”). Indeed, she had already had discussions with YBS about this possibility before the FDR. Although the existence of those discussions had not been disclosed to H at or before the FDR, HHJ Hess considered it ‘overwhelmingly likely’ that even if H had known about them, the same result would have been reached at the FDR [10]. H knew that W had to borrow the funds from somewhere, and he had conceded in his evidence that it didn’t really matter to him from whom the money was borrowed.

After the FDR, W progressed her borrowing application with YBS. YBS approved the application in principle, subject to a surveyor’s report. However, in October 2019, W received phone calls from both KFH, who had been instructed to carry out the report, and from YBS. Although W did not see the actual surveyor’s report until February 2020, W was told in those phone calls that there might be a problem to the effect that there appeared to be no fire safety certificate in place, and that, consequent upon government guidance given after the Grenfell Tower disaster, any valuer coming across this problem was obliged to decline to give a property a substantive value until the certificate was available. YBS told her that the surveyor had accordingly given the family home a ‘nil value’.

W swung rapidly into action and extracted an email from a manager at the freeholders and developers for the block of flats, the Ballymore Group, which appeared to suggest that the problem was capable of being remedied without great difficulty. W passed this information on to YBS, but was told that the matter could not be progressed until an independent report complying with the requirements of the Ministry of Housing, Communities and Local Government had been obtained. It was clear that W genuinely believed at this stage that, although a problem existed, it was of a technical nature capable of being overcome by the provision of suitable paperwork, and that there was not actually a problem with the cladding itself.

HHJ Hess considered that it was ‘plainly open’ to W at that point to draw the problem to the attention of H and his legal team, and also to the court, and to express a wish for the issue to be sorted before any court order was made [11(ix)]. However, she did not do so, and she instead decided to press on with the consent order process, ‘taking a gamble that the paperwork problem would sort itself out in time for the issue not to affect her’ [11(ix)].

In November 2019, a draft consent order was signed by both parties and submitted to the court for approval. Under the terms of the order, the £300,000 lump sum was to be paid within 60 days of the receipt by the parties of a sealed order. After the order was submitted to the court, but before it had been approved, W’s solicitors at the time sent a letter to H’s solicitors informing them about the surveyor’s report. Neither H nor his solicitors appeared to have been any more alarmed about the situation than W and her solicitors. In any event, they did nothing and did not attempt to withdraw H’s consent to the draft order just submitted. The order was duly approved, and it was common ground between the parties that the 60-day date was 11 February 2020.

W kept trying to find a way to borrow against the family home, but until an independent expert had certified the safety of the cladding, the prospect of W’s borrowing more was impossible.

In June 2020, a chartered fire engineer inspected the cladding and reported that there was, after all, a major problem with the cladding from a fire safety perspective. It needed wholly replacing, and major works were required to make the building safe. The best guesses were that the work could take three years and could cost c. £8 million for the whole building, or c. £40,000 for each flat.

In August 2020, H issued an enforcement application in which he sought an order for the immediate forced sale of the family home, and for him to be paid his lump sum (of which, at that point, £250,000 was outstanding) plus statutory interest as a first charge on the sale proceeds.

In September 2020, W issued an application to set aside the consent order. She sought to remain in the family home, but to renegotiate the level of lump sum payable to H. Her secondary position was that the FDR deal should remain, but the date for paying the lump sum should be put back to a time when the cladding issue was sorted out, ideally with no statutory interest being payable.

The decision of HHJ Hess

HHJ Hess considered the judgment of Mostyn J in DB v DLJ [2016] EWHC 324. He also bore in mind the important principle that, given the importance attached to finality in settlements of this nature, the circumstances must be truly exceptional before a capital settlement can be re-opened. He noted that if he set the consent order aside, ‘the parties will be back to square one’, and that a ‘good deal of the considerable sums of money they have spent so far on legal costs will be largely thrown away’ [21].

HHJ Hess concluded that the facts of this case did not pass the test for a set aside. That was because:

Having reached the conclusion that the consent order should not be set aside, HHJ Hess considered the issue of an order for sale of the family home.

There was no default order for sale in the body of the consent order. Nonetheless, under s.24A of the Matrimonial Causes Act 1973 an order for sale can be made ‘at any time thereafter’, and HHJ Hess also had jurisdiction under s.24A(4) to make an order for sale, but to delay its implementation for such appropriate period as he thought fit.

HHJ Hess considered the fairness of the likely outcomes on the parties’ rival scenarios.

If HHJ Hess permitted H to enforce an immediate sale of the family home, the parties’ financial positions could be as follows:

However, if HHJ Hess did not permit H to enforce an immediate sale, the parties’ financial positions could be as follows:

HHJ Hess recognised that ‘whichever solution I adopt there will be hardship caused’, and said that ‘my task is to create an order which, in a balanced way, promotes fairness to both parties in the context of the deal that was done and the unwelcome and unexpected intervention of the cladding issue, which was of course the fault of neither party’ [28].

He concluded that ‘my making an order for sale, but delaying its implementation on terms which give a reasonable opportunity for the cladding problems to be sorted out is the scenario most likely to give both the husband and the wife some prospect of a reasonable financial future and avoids most hardship overall’ [28].

The following conditions were stipulated:

HHJ Hess’s provisional view was that there should be no order for costs, on the basis that it was a ‘score draw’ [31]. However, he left it open for the parties to inform him if either of them wished to argue for an inter partes costs order, and, while he was ‘clear that none of the open offers covers this situation’, he stated that he thought ‘this is a scenario in which I could be shown a without prejudice letter’ [31].